A. Beauty of Indonesia

"Indonesia is undoubtedly one of the most beautiful countries on Earth. It is an incredible country to explore and generally a safe one, as long as precautions are taken in certain areas. With 17,071 Islands, Indonesia, offers a lot more than your average country. Exotic and developed destinations such as Lombok and Bali, the Komodo Islands, historical destinations such as Yogyakarta and the capital city Jakarta, make for a very interesting country to visit."

I, again, feel I am still missing some beautiful places in Indonesia, so feel free to suggest them and I will add into article. 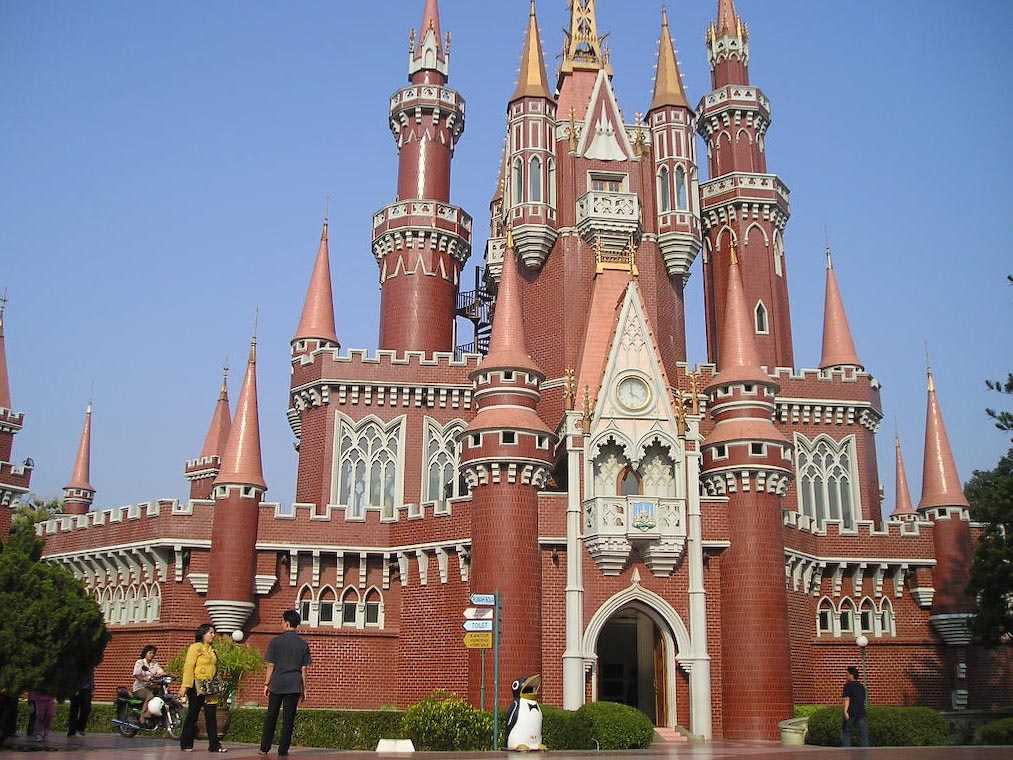 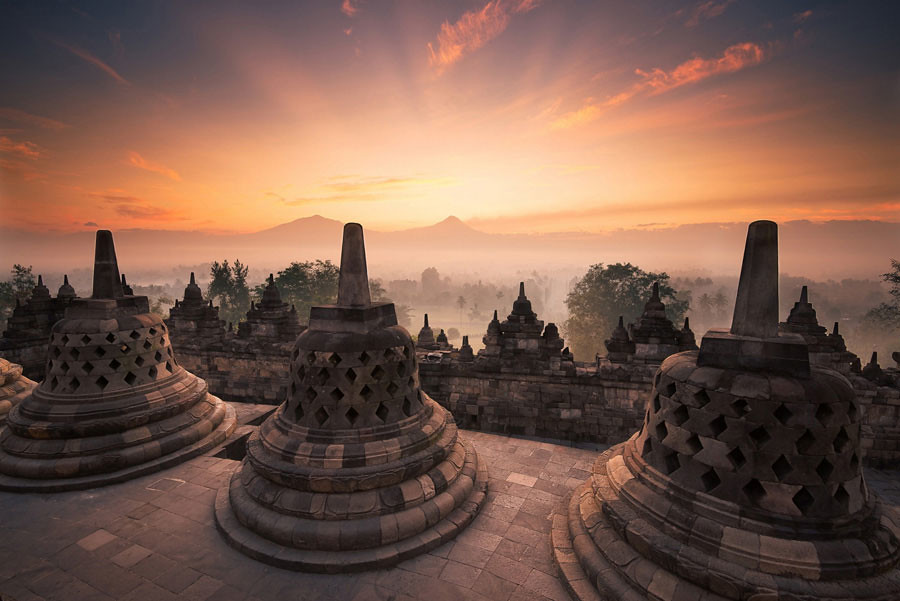 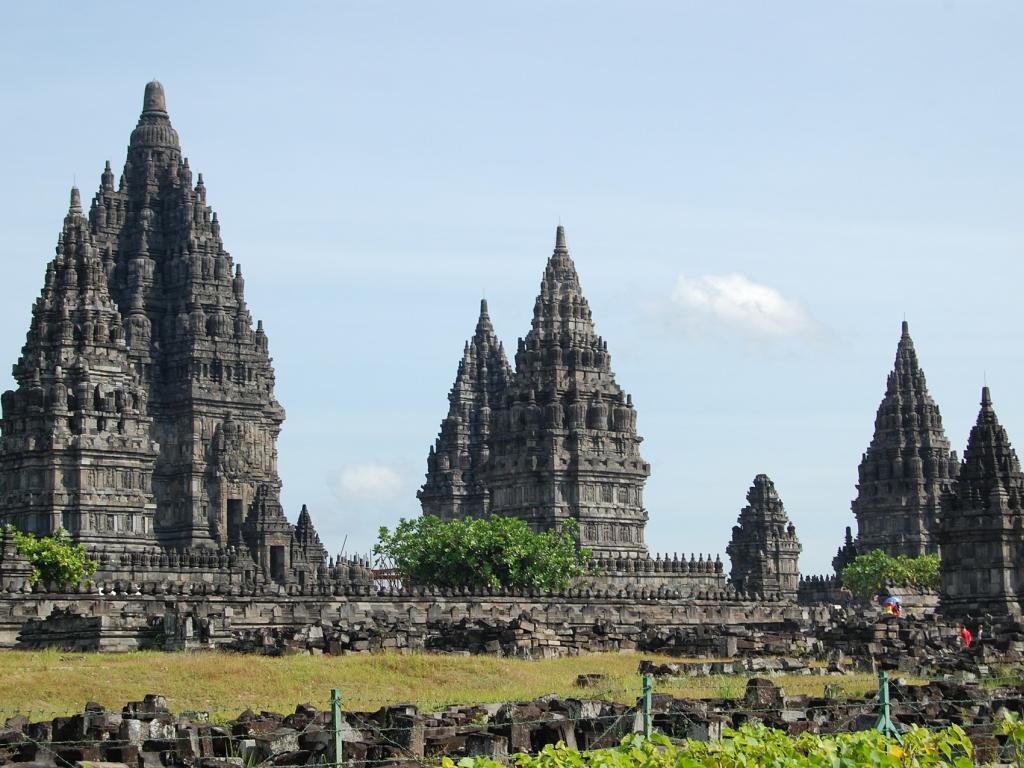 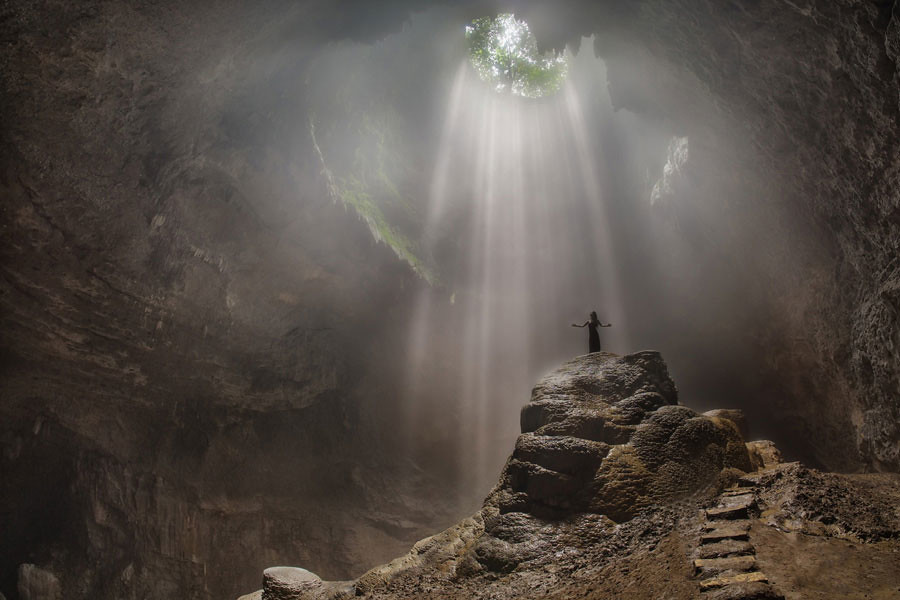 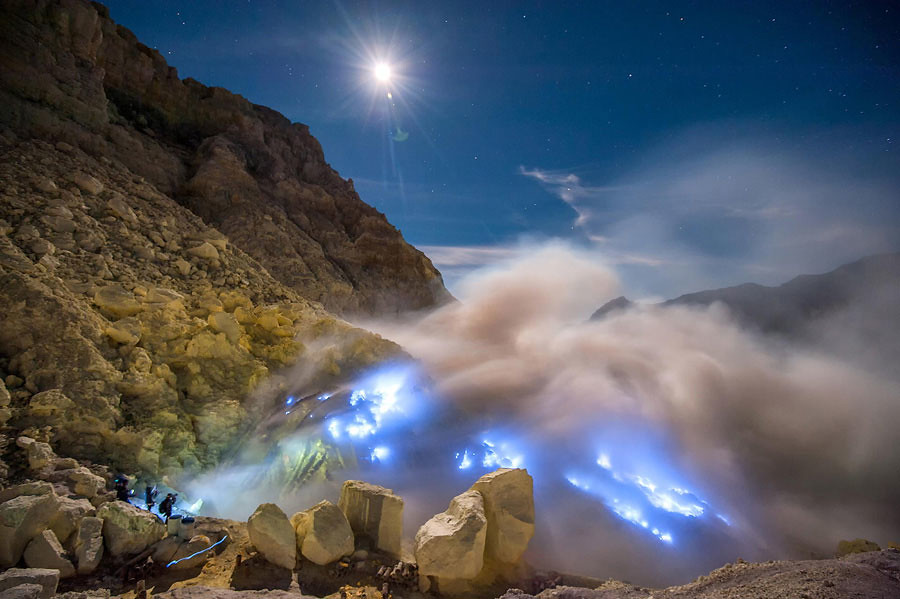 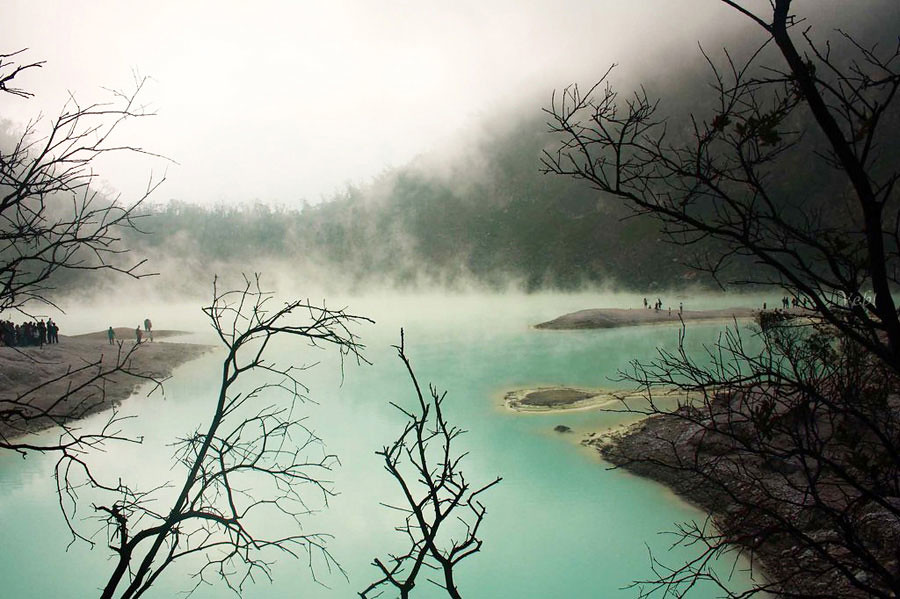 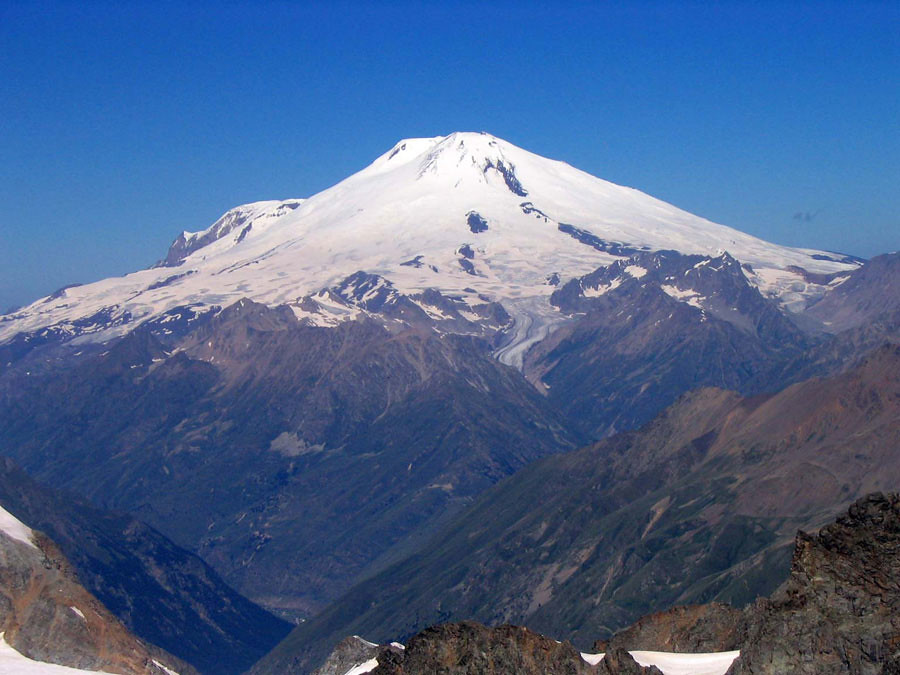 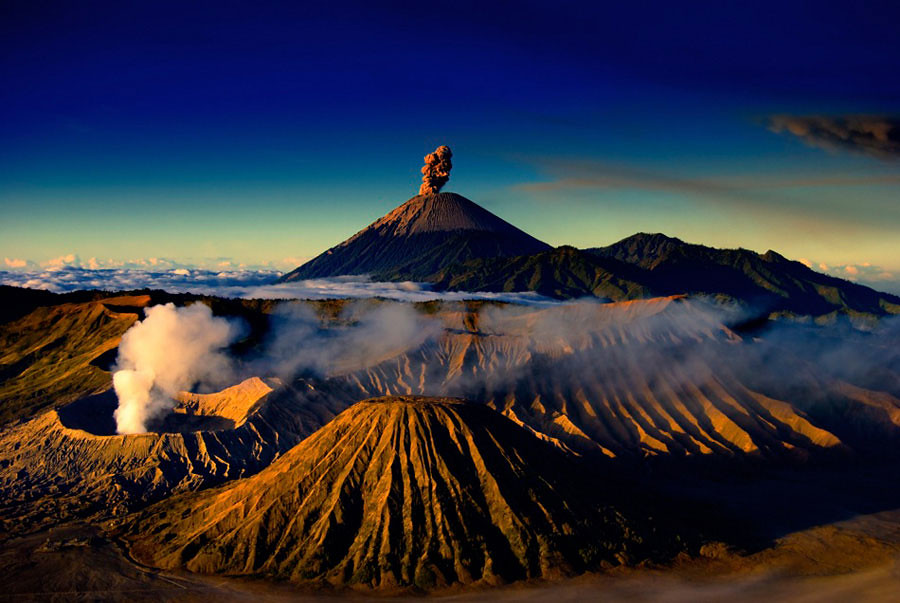 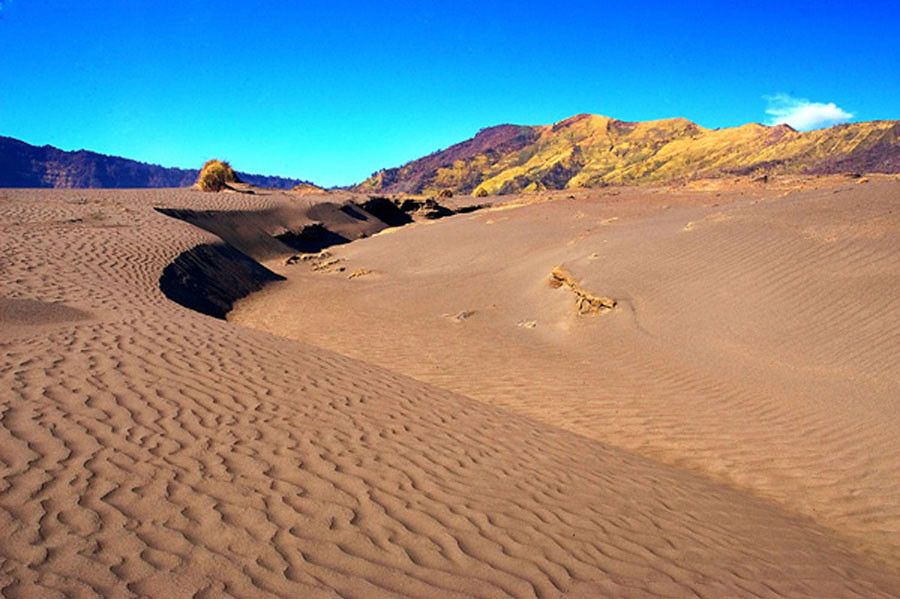 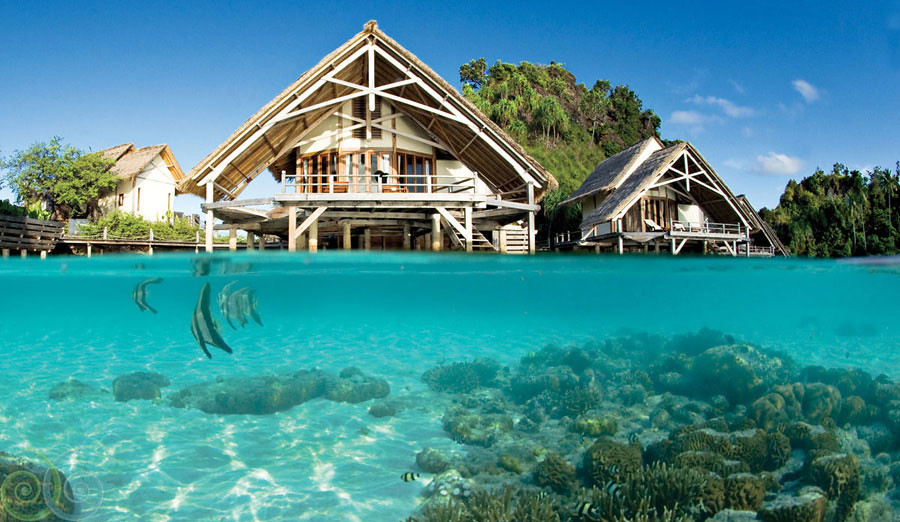 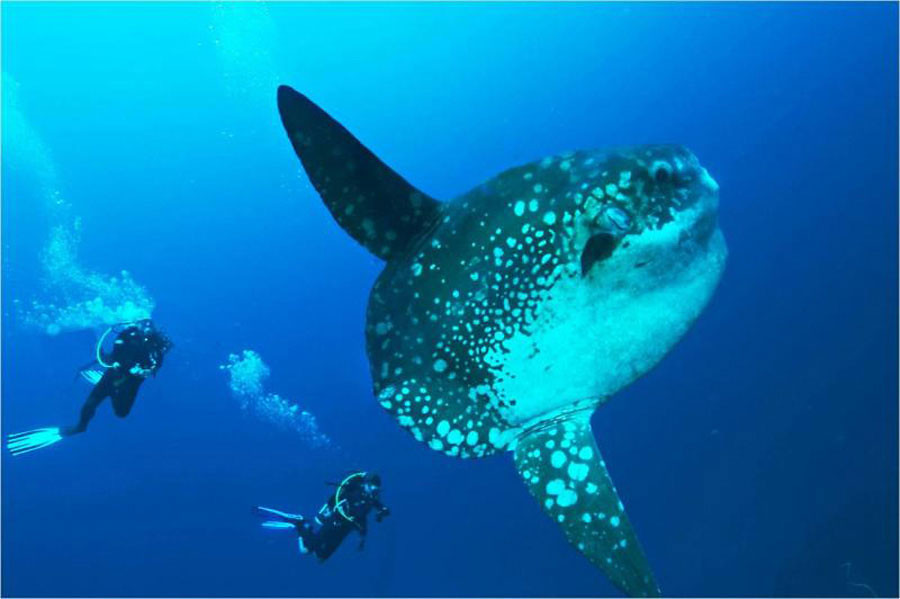 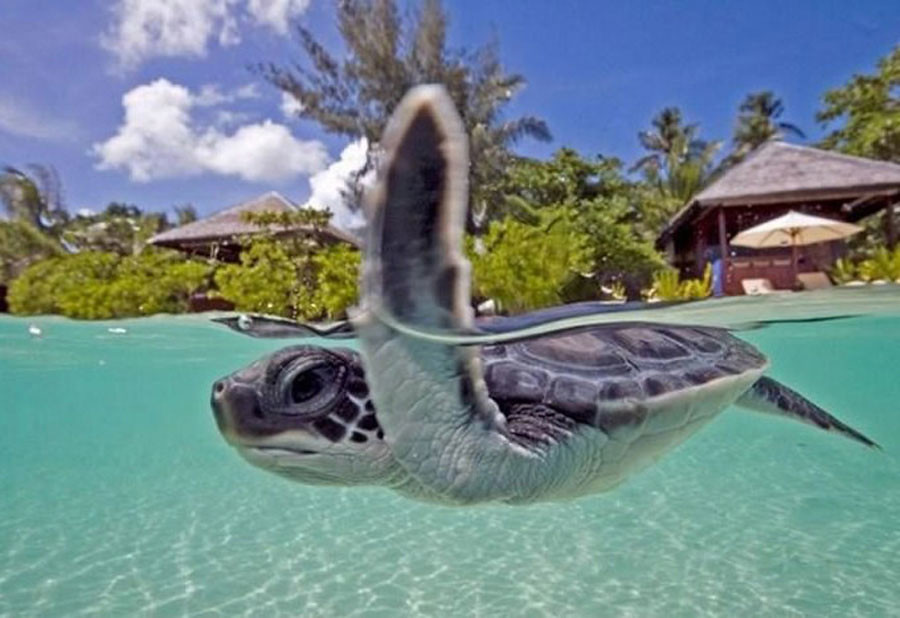 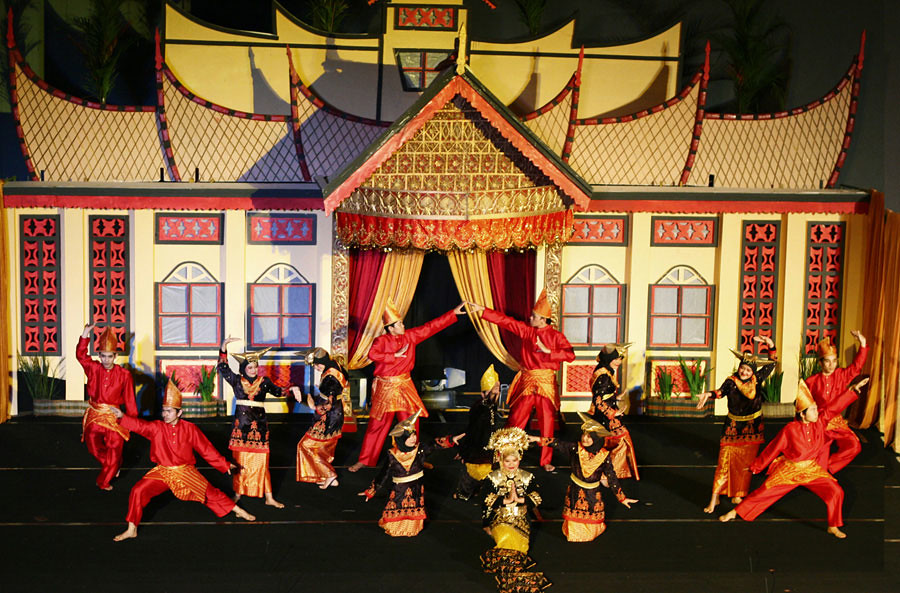 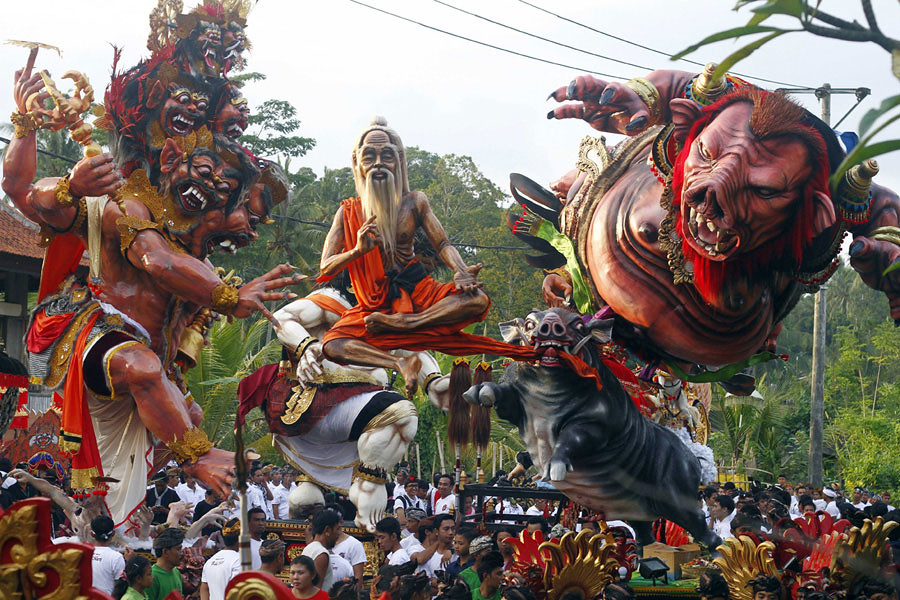 Paper and bamboo monsters during the Ogoh Ogoh festival in Bali

- The name “Indonesia” is derived from the Latin word Indus meaning “Indian” and the Greek word nesos meaning “island.” Indonesia was originally called Indian Archipelago or East Indies Islands.
- Indonesia is the world’s largest country comprised solely of islands. It is composed of 17,508 islands, some 6,000 of which are inhabited. Out of the 10 largest islands in the world, three are a part of Indonesia: Borneo, Papua/New Guinea, and Sumatra.
- Bahasa Indonesia is Indonesia’s formal language, but the country recognizes more than 700 other languages as well.
- Jakarta, Indonesia, is the world’s largest population center without a metro train system that results in some of the worst traffic jams in the world.
- The word “ketchup” in English comes from the Indonesian word kecap, which is a sweet soy sauce.
- Adult male orangutans, found in the wild only on the Indonesia islands of Borneo and Sumatra, are said to be eight times stronger than a human.
- The Javan rhinoceros is one species that is found only in Indonesia. In 2011, the International Rhino Federation declared the Javan rhino extinct, leaving only an estimated 50 of these animals living on Java’s Ujung Kulon Peninsula, the only examples left in the wild.
- Indonesia is the only country to see the Komodo dragon, the world’s largest lizard, in the wild. It is growing up to 3 meters (9.8 feet) in length.
- Indonesia is home to the world’s largest volcanic lake, Danau (“Lake”) Toba, which is located on Sumatra and is the site of a massive super-volcano eruption that is thought to have happened 69,000 to 77,000 years ago. It was the largest known explosive eruption in Earth’s history in the last 25 million years.
- Krakatoa, a volcano in Indonesia, is the site of the largest volcanic eruption ever recorded. Occurring on August 27, 1883, it had a force equivalent to 2,000 Hiroshima bombs and resulted in the death of 36,000 people. A tsunami 131 feet (40 m) high, radiating outward at a speed reportedly of over 311 mph (500 kph), destroyed coastal towns and villages.
- Almost everyone in Bali has had their teeth filed down. This practice is rooted in the belief that the six main vices—anger, confusion, jealousy, drunkenness, desire, and greed—all enter the body through the top six teeth. By filing away the teeth, the vices are thwarted.
- On the Indonesian island of Flores in September 2003, archaeologists discovered a skeleton the size of a three-year-old child but with the worn-down teeth and bone structure of an adult. They named the skeleton Homo floriensis, later nicknamed “Hobbit.” Experts think that “Hobbits” were part of Homo erectus species that fled from Africa around two million years ago and spread throughout Asia.
- Indonesia is home to the Rafflesia arnoldii, the world’s largest flower, which may be the world’s stinkiest flower as well, and Amorphophallus titanium, the world’s tallest flower.
- Arguably one of Indonesia’s stranger exports is Kopi Luwak (Cat Poop Coffee), which is the world’s most expensive beverage, costing around US$1,000 per pound. Kopi Luwak is made by feeding small, catlike civets coffee berries. After they defecate, the berries are collected, washed, and ground into coffee, which supposedly has an unrivaled richness and little bitterness.

Just put a picture of Insule of Gods

good job Silexu,
i didn't see my place, so this is it: Halmahera Island

I would add them as soon I reach my laptop

Silexu is gonna buy plane tickets to Indonesia for someone who comments on his article !
Powered by : https://www.random.org/

He he! No need for plane tickets. You are already there.

❤ from Indonesia for u..

2. Sarangan, East Java
Another beautiful place that most of Indonesian people didn't know about this place, but I assure you this place is awesome and it's kinda like you're in USA for a bit 😛

Thanks for sugestions; please provide me a different link for the one on postimg, that one will not work.

Those were too small, I've added similar ones.

wow i wanna visit Indonesia !
other countries too 😃

I like ur newspapers 🙂
Thank u for such a nice project, in past i wanted to do it by myself too 🙂
Good luck and bon voyage 😃

Thank you. I see you are already looking to next ones. Enjoy from the previous ones too!