A. Beauty of Hungary

[...]
Many travelers might ask the question "Why visit Hungary?" Here is the answer. Hungary has become one of Europe’s major tourist stops. Each year thousands of visitors travel here to enjoy the naturel beauty of the country, the diverse culture, and the world-famous cuisine. The charm of Hungary is so much more than just folk customs and gastronomic delicacies such as Goulash soup or Tokaj wine.
[...]
Source: Good reasons to visit Hungary
Or you can read about interesting Ruin Pubs, a Budapest Speciality
Other interesting articles:
14 Reasons to Visit Budapest in 2014
13 Reasons You Need To Visit Budapest ASAP

Very nice articles proposed by Kero One
Hungary’S Official World Heritage Webpage
List of World Heritage Sites in Hungary
You should really look into this one: We Love Budapest

One image is worth thousand words. 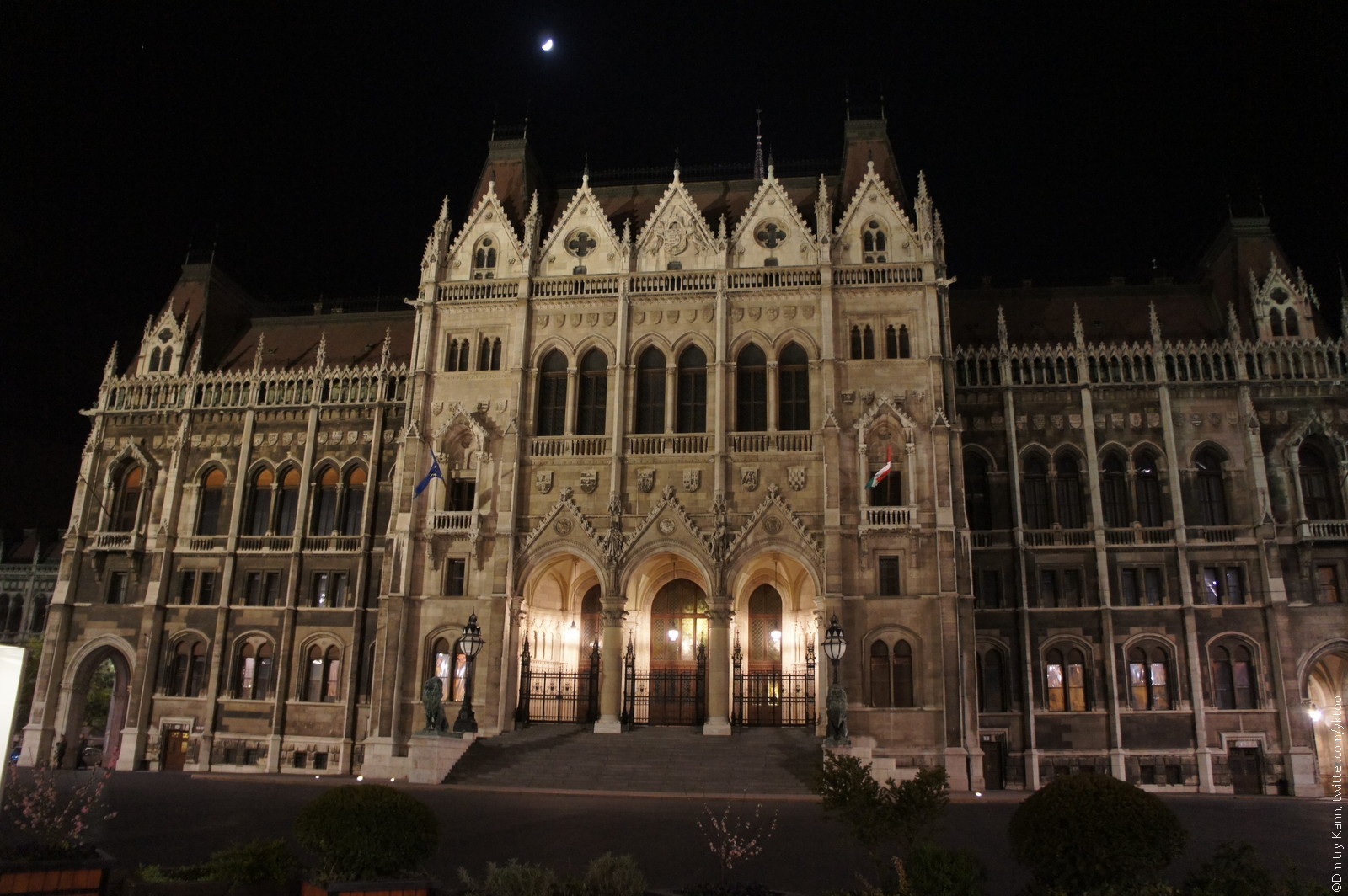 Library of the Parliament 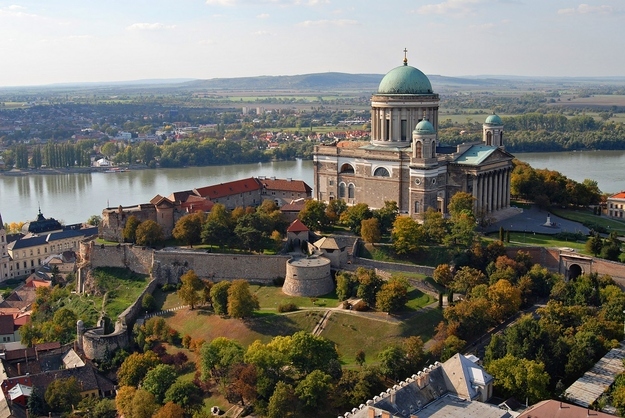 Esztergom, seat of the Roman Catholic Church in Hungary, Budapest 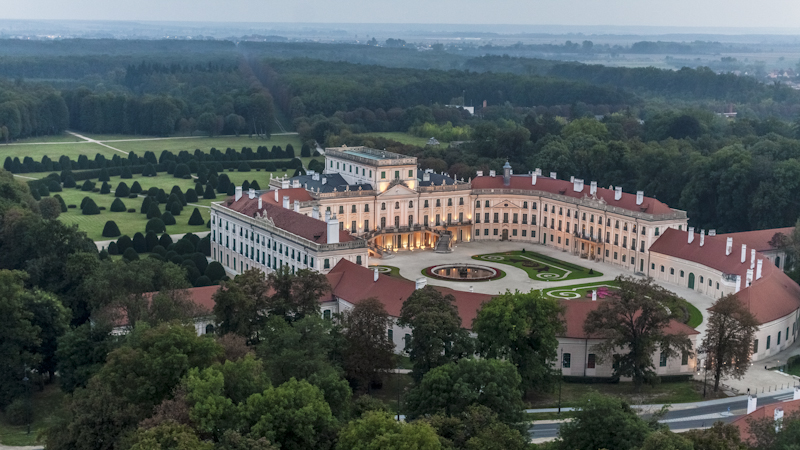 Portrait of three peasant women in traditional clothing on a farm in Hungary, 1930

Easter custom in Szentendre
I used to go in my childhood to my Hungarian girl relatives in my home town, but I had only a small bottle of perfume

A Tokaj wine cellar - with dedication to vladb

- Hungarian language is known as Magyar and is the direct descendent of the language spoken by the Huns. It is not an Indo-European language and has only two related languages in Europe (Finnish and Estonian).
- Inventions by Hungarians in Hungary include the noiseless match (by János Irinyi), Rubik’s cube (by Erno Rubik) (I am a big fan), and the krypton electric bulb (Imre Bródy).
- Hungary has a long tradition of classical music with famous composers like Béla Bartók, Zoltán Kodály and Franz Liszt.
- The University of Pécs, the oldest university of Hungary, was founded in 1367.
- Around 1000 CE, the Kingdom of Hungary was one of the largest states in Europe, bigger than France. Later, it became of the the two "eagle heads" of the Austro-Hungarian Empire.
- Hungary has one of the most important thermal spring culture in Europe. The country boasts no less than 1,500 spas, typically featuring Roman, Greek and Turkish architecture.
- As of 2007, 13 Hungarians had received a Nobel prize, i.e. more than Japan, China, India, Australia or Spain.
- Hungarians consume more than 1.10 lbs. (500 g) of paprika each year. The spice has more vitamin C than citrus fruits. Hungarians also call red peppers paprika, and there are more than 40 varieties grown in Hungary
- Hungarians broke the Guinness World Record for simultaneous kissing when more than 6,400 couples locked lips outside Budapest’s parliament building in 2007.
- The number “96” is important in Hungary. Arpad was chosen as first king of the Magyars and the beginning of the Hungarian state in A.D. 896. To celebrate Hungary’s millennial anniversary in 1896, the first metro was built in Budapest. By law, the highest buildings in Budapest can be no taller than 96 feet high, and the Hungarian national anthem takes 96 seconds to sing, if done at proper tempo.
- Wine has been produced in Hungary since the 5th century A.D. In 1737, King Karoly named the Tokaj wine region a national wine area, making it the world’s first official wine region, almost 120 years before France’s Bordeaux.
- Hungarians never clink their glasses, or bottles, of beer. According to legend, when 13 Hungarians generals were executed in Austria, during the Revolution of 1848, Austrians clinked their beer glasses after each execution.
- Lake Balaton is the second largest lake in Europe and the largest in central Europe. It is known as the “Hungarian Sea.”
[False fact from here] - Hungarian soccer star Ferenc Puskás still holds the world record for the number of goals scored in a World Cup final, scoring more than even Brazil’s legendary Pelé. Puskas earned the nicknames Left-Foot Magician, Little Cannon, and Galloping Major.
[Correction]
- (Source) Sándor Péter Kocsis was the top goal scorer in the 1954 World Cup with 11 goals, being the first player to score two hat tricks in a World Cup. During the 1950s, along with Ferenc Puskás, Zoltán Czibor, József Bozsik and Nándor Hidegkuti, he was a member of the Mighty Magyars.

You found some nice images! Bookmarked this article. 😛

Hi, I couldn't fully translate your message, talking about a map?

He is an idiot, just ignore it, some ppl are just blind because of some historic tragedy. Thanks for the article, really nice pictures!

Erdély belongs to Hungary, for example... Your map is wrong.

I did not wanted to reply in previous article but you insists.

There was a military coup organized some months ago by a Romanian military unit, I won't name it.

FAR military units' member received the recommendation not to fight against Hungary. More than that our commander provided combat order on Hungarian side to support Hungary against Romanian military coup. He received a lot of hard criticism but it was his decision.

So stop falsely troll my articles!!!

U can't make him stop.
Impossible.
Someone even made a chrome extension that removes his comments from articles.

Someone even created a message generator with his style! Amazing, huh? 😃

He's not known for being open to reason (or common sense, for that matter). Best strategy is to continue ignoring him 🙂

In my opinion the nemies are enemies and friend are friend.
You and your nation are not friend of our nation, nore in RL and nore in erep.

All other words are lies.

Ehelso: I respect your opinion, I also said that in my previous article.
All the best from my side!

Being a Hungarian expat, this article warmed my heart. Thanks!

Today, you are livin in Romania.

Very nice pictures. Some places I have seen, some are on my bucket list.
Thanks for the article. Don't mind the minority with the bad attitude, who live in the past and dream about tales.
Nice of you to write this article. Respect.let's see who from Hungary will return the favor and write nice about Romania.
Have an "easy ride" 🙂 and get all the flags in your articles footer.

Nice pictures!
I was in some places there!

I knew Budapest has great places to visit, but you just added very good new destinations 🙂

What a nice country, again a top article from you, have further fun on your world tour! :>
Greetings from Germany!

Nice article, nevertheless you made some mistake abount Puskás:
He participated in one World Football Championship, in 1954, where Hungary got second place after Germany. The top scorer of the Championship was Sandor Kocsis with 11 goals, Puskas scored only 4 goals, out of which one goal in the lost final.
The all time record number of goals scored in one World Championship is held by Just Fontaine, who scored 13 goals in 1958.
All time aggregate record belongs to Miroslav Klose, 16 goals achieved in 4 World Championships. (2002, 2006, 2010, 2014)

Thanks. I will correct.

I've corrected the fact. I hope it is correct now.

Here u can find some other cool places - UNESCO world heritage of Hungary:

And the most popular places of Budapest - ruin pubs, restaurant and so on:

First of all u should choose a good apartmant from airbnb.com 😉