• by chickensguys
Forgiveness Recently hcmadman, an individual who deserves great praise for his frequent support for the downtrodden rose in support of unblacklisting Dominar. As usual, hcmadman's penchant for decency and moderation shines through. He proposed that Dominar serve a 3-month censure (including timed serve) in lieu of blacklisting. This, I think, is a fair compromise. Even today, I don’t think excluding Dominar from the community makes sense or is even justified anymore. It is, without a doubt in my mind, a gross overreaction. Sadly, a small group of irate haters are using the backdrop of IES violations as a pretext to keep him removed from the community. The real reasons that animate this sort of visceral reaction to Dominar are political and personal.

It is no secret that a vocal minority in the SFP really does hate Dominar and even myself to an albeit lesser extent. This is due to a long and checkered history going back years and I don’t wish to rehash it here today. But, I would remind my colleagues across the aisle that we do not blacklist people who are not a threat to the community, and we do not blacklist our political opponents. We should aim for an inclusive community, not an exclusive community. When BearCav was blacklisted you had no greater supporter than myself, in working to remove that stigma. I don’t think players should be blacklisted unless they actually pose a real and true threat to the community.

Now, to the apology. I read Dominar’s apology and I found it sufficient. However, it appears that some people disagree. To these people, ask yourself what you wanted him to say. If you go into this looking for a reason to keep someone banned from the community, you will always find it. In many respects, it’s nearly impossible to write a sufficient apology article for eRep. But if you come into this being magnanimous and willing to forgive, I believe you will find his letter sufficient. 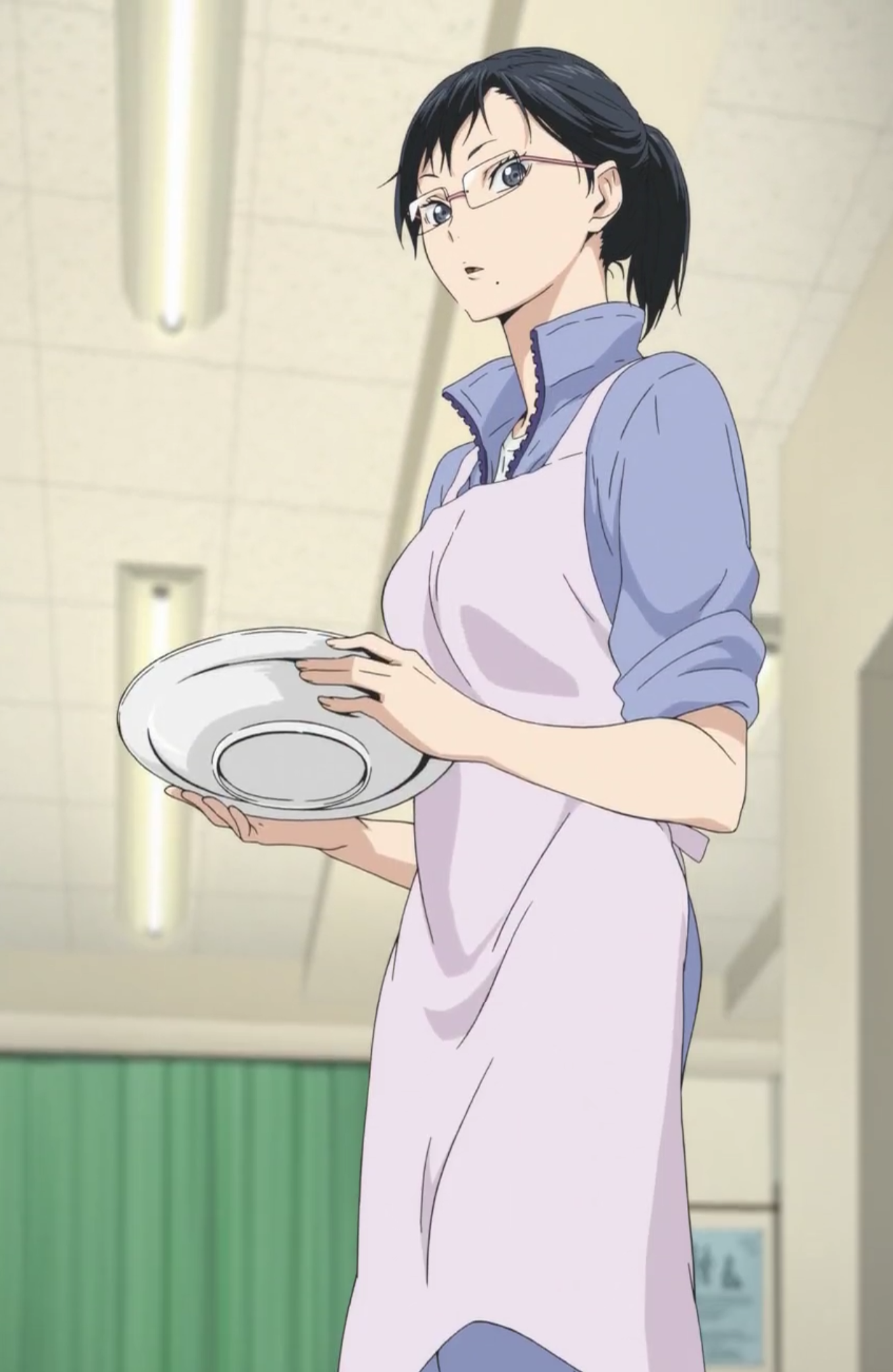 Keep repeating your hatred against members of SFP and asking to forgive the once PP of WTP is not something to bridge gaps.

I didn't read it, I just endorsed the anime girl. She is so kawaii~

Down with the elitist bullies that bark the loudest, they are the sickness we must remove.

I will again point out his opening graphic which says, 'Fairness is Overrated', which I am pretty sure means he will cheat again. So why should I be fair to him?

The above link will take you to what I expect his apology to contain and then on October 19th ask again about getting him taken off the Blacklist.

what's this about? giving citizenship easy? if that's the problem keep him blacklisted for some time

I'm all for discussing a path forward. I'd love it if we could all get along. Too few of us left for all the infighting.

"Too few of us left for all the infighting." So you want more to leave by bringing this cancer of a person back on our platforms?

Could not have said it better....

When I stole hundreds of thousands of USD from Rainy Sunday and the eUSA government years back. (When Hundreds of Thousands of USD was a lot) I was made to repay the money I stole and they kept close tabs on me.

If Dominar actions can show he is a productive member of the eUSA community. But if this is some kind of ploy then . He has to understand that you only get so many chances.

He's always been against immigration rules. Goes all the way back over 10 years. This ain't getting fixed just because he says it will be.

The path is easy. He need to apologize for not only constitutional transgressions, but for the people he harmed in his tyrannical moves in the aftermath.

Quite easy. Don't even need a path.

I truly am sorry for all the grief I have caused the community because of my actions. I am sorry for the violations and the people I have harmed.

That's a good start. Now you may want to direct it to the people that are still waiting for it.

For the record Bear Cavalry was never blacklisted, not sure where you got that little nugget of fake news. Also I, as a proud and long-standing member of SFP hate you CG, waaay more than Dom. He never lead a PTO of SFP as far as I know. I also hated you when I spent time with the Feds and AMP. Just wanted the record to be clear...

'Gnilraps' victory sparked the controversial December Sixth Revolt by Bear Cavalry, which led to the blacklisting of 24 members of the SFP for several months.'

Yes several MEMBERS of BC were blacklisted for revolting against an American Dictatorship, not the entire MU. I am glad you brought this up since almost all of them spent a year or more on the Blacklist. All of them were required to write Congressionally apologies and those members that did not remained on the list. So now that you have brought that up, come back April 19, 2021, and we'll discuss his removal then.

Not all members of BC wrote apologies...just saying

Here is a (reprint) of the "Apology" of Phoenix Quinn: https://www.erepublik.com/en/article/the-apology-of-phoenix-quinn-2677013

Maybe Dom should put 100m CC in "escrow" with the government, to show that he's sincere.

I don’t follow... I remember thinking a bunch of us were going to get blacklisted and accepted that our act of disobedience would probably be permanent. Some issued apologies now matter how thin or coerced and got unblacklisted.

Dom could probably issue some BS like this. It worked for me.

I will personally support and pay for a civil war before he can take office as president (or if he becomes president by proxy with one of his multies) and will steal his BHs whenever I see him on the battlefield. Also I will try to F him in every way presented to me.

He barely has any BH, no CHs or SHs... no residence to check whether he has companies... he seems to be an Asterian (or otherwise anti-american) multi of someone else himself. Either that or he has no time properly playing the game on his main account because he has to operate dozens of multies in the meantime.

Let's also not forget he got banned temporarily for his multies. (I would like to know what he had to promise/pay to get his account back). Considering how easy the admins are on multi users, this is the equivalent of a lifetime ban on every "healthy" game.

Btw, I don't even care when that he ignored the IES laws, I would even do it myself BUT given his history it seems like the typical behaviour of a multi user: buying accounts and bringing them into the country to vote for him. Then again, he could just start new accounts in eUSA... but maybe they are spotted/banned easier?

Anyway, I don't want him BL'd for any particular thing he did but for the way he generally behaves and "plays" this game.

I’ll make the MU and push the button for ya!

Some people enjoy playing politics. His account is comparable to Derphoof who has the second most CP medals. Dom spends more time getting multis banned in the WTP than anyone. He is constantly posting anytime he has any success. And If I know anything about Dom, I know he won't spend a dime on this game. lol Also, Lord Beerus, if you are going to buy accounts don't openly be a hypocrite.

As a member of SFP, I definitely have to agree with PilotPhil. In my opinion Chickensguys was and is hated much more than Dominar Rygel XVI.

Lol that’s really all I was trying to say...

I do not have any interest this except to say that most of us are decent and have no time or interest in the actions of cheaters and nutjob players who think that this game somehow really matters.

Pretty much the only thing it ultimately does is to reveal the true character of many players as decent people or scumbags and those in between.

Dominar has behaved like his has consistently from the beginning of his character. I am all for blacklisting or whatever it takes to keep him as far away from me as possible. I work hard to avoid the garbage in this game.

Having said that, as we all know, if you let him back in, he will just do more damage, pull more crap and behave exactly as he always has. Ban him now or later.... do you really want to go through this again in a few months?

Dom and CG are cut from the same cheap fabric.
They lie, cheat, bribe, and are multie users.
They disreguard the eUS laws whenever it benefits them.

They have no honor, no integrity.

If you think Dom is going to change and play in an honest decent state.
You are not paying attention.
CG,Dom, ajay, and VT all garbage and will do whatever to bring harm.

Its funny that you keep throwing multis accusations when your own party is the main source of multis in eusa.. WTP worked hard to get over 20 accounts banned last month.. and funny how SFP lost over 20 vots in last Congress election. So keep your crap hole shut when the conversation is about WTP please.

yeah you are a real class act..
Not the sharpest knive in the drawer, eh Groot.