Today there is a group of eRepublik players that are selling a significant amount of their time for absolute peanuts, amounts of money that even kids in Malawi might not reach down to pick up. It is absolutely baffling and I feel that we as the playerbase have a moral duty to help these people. But before I reveal who I’m referring to, a quick backstory as to how we got here.

There used to be a time when this game was relatively fair for all fighters: 4 divs, each with players of different levels where they could all face off against enemies of the same caliber. Players quickly realized that remaining in lower divs could be profitable as it is much easier to beat brand new players to BH medals than old ones. So they stopped working in companies and started to fight sparingly not to gather too many XPs too quickly.

Later on, eRepublik Labs decided that the best way to monetise their game was to put fairness behind a 14.9 Euro paywall and started selling Infantry Kit packs that allowed users to stop collecting Experience altogether. To any beginners this seemed completely counter-intuitive: for the first time in video game history players were disincentivized to collect Experience Points, what’s more some players were paying real money for the privilege of not being able to collect any.

This in tandem with the Maverick Pack which allowed players to switch freely between divisions (which topic deserves its own article) gave rise to a curious new breed of eRepublik players: Low Div Hit Merchants or what might be a more accurate title the Sweatshop Workers of eRepublik.

You will be able to easily recognize players belonging to this group as they share similar distinguishing characteristics: they all belong to either Div 1, Div 2 or in some exotic cases Div 3; they all have the Experience Inhibitor activated. More importantly though, they all have their price tags clearly stated in their bio and going through their profiles one starts to feel like they’re browsing the pages of an Amsterdam brothel. I’m sad to say that unlike the escorts you might meet in the red light district, Low Div Hit Merchants work for salaries well below the poverty line. 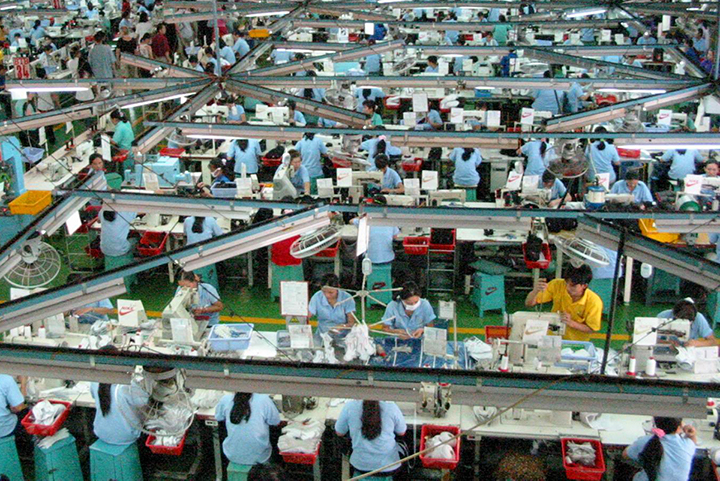 
A top of the shelf Div 1 hitter will give you a hit for 500 CC. Currently 9.9 Euros buys you 99 Game Tokens which you can sell for ~500k CC. The 500 CC payment hit merchants receive therefore translates to 1000th of 10 Euros: 0.01 Euro or 1 cent. Earning this payment requires a non-insignificant time investment: travel to a battle, do 1 hit, travel back, then keep track of who takes the BH, message them if they don’t pay you. In the worst case you have to arrange for the whole thing in PMs or chat rooms beforehand.

Even by a very conservative estimate, one such transaction will take up around half a minute of the Hit Merchant’s time. This translates to a 1.2 Euro hourly rate and you’d hope they don’t do this for longer than an hour a day. To put this number in perspective, the International poverty line is $1.9. To reiterate, these people are choosing to sit in front of the computer doing a mindless activity to receive 500 CC each time instead of spending 1 cent for the same amount of CC. They’re selling an hour of their time for around 1 Euro by a very generous estimate.

I hope you’ll agree with me that we have a humanitarian crisis on our hands here and that this is a serious situation that cannot go on. We need to step in. If you know an eRep Sweatshop Worker or someone that might know one, please reach out to them today. Send them this article. Ask them how they are, and give them alternative ideas for how they should be spending their time: reading, watching movies, solving captchas for twice as much money, clicking on ads for 1 cent at a time or just convinving their mum to buy them CC with the promise that they’ll spend more time outside.

Go even further, confront the enablers of this exploitative system. Share this article with a Div 4 BH farmer today, and give back the freedom of a person below the poverty line. The families of all those affected will be grateful to you.

(Please vent your anger in the comments, ideally at least 25 of you.)

There's a grain of truth in every joke.

Now start spreading the word and get commenting.

hahaha, i liked it

This article is an utter masterpiece 🙂 If you or a loved one are a Low Div Hit Merchant you may be entitled to financial compensation.

To measure time on a game is strange idea,. But it is true that if it is a real work, a lot of people doesn't accept to do a such borring task.

You will single handedly increase the expenses of Mavericks with this article.

To work that hard. 😃

And he will increase how wealthy the Infantry accounts are 😃

I think it time for more divisions based on rank its got out of hand!

Hahaha 🙂 i thought about this in a similar way not so lng ago. You put it on paper really well.

Very interesting, i'll think about it.

too long did not read; Human time is worthless. if you want to see players actually get paid for doing work, then pay in bitcoins for damage, or use pay pal to buy damage, however this might be against the rules of the game.

This is what had me so excited about bit coin, when the game passed out free ones.

I was hoping they would be the "game tokens"

so players in game can do work in game, and buy bit coin in game,

then use those bit coins irl!

and people irl can work and get bit coins irl to bring in game.

however this would mess taxes up 🙁 as most countries charge people taxes and require people who pay those wages to pre pay income taxes. it would end up with a huge complicated regulatory crisis.


However The first game to allow players to earn money irl from working in game will be huge!

america irl allows inmates to work for pennies an hour, they are what is sorting the single sort recycling in most cities 🙁


many countries irl are really terrible to live in and games are their only semblance of hope of achieving anything good and productive. and like that one game said " people can achieve a sense of pride and accomplishment" this feeling is worth a lot to people!

too long did not read; Human time is worthless. if you want to see players actually get paid for doing work, then pay in bitcoins for damage, or use pay pal to buy damage, however this might be against the rules of the game.

Awesome article, I will show how astonished I am by giving you an equivalent of 0.005 euro ;P

try farming 6-8h a day for a full pack set

now tell me how much was my time worth 🙂

Comment for the mission 😉
Ps. And I hope you won't stop writing 😉

here's for that stupid mission

seriously it's so bad

i subscribed to your newspaper, (im sub #37),
please subscribe to my newspaper as well:
https://www.erepublik.com/en/main/newspaper/the-fighting-independent-294744/1

(and let me know your sub number, for example: sub210, etc etc)
and keep writting cool articles like this, it was good!