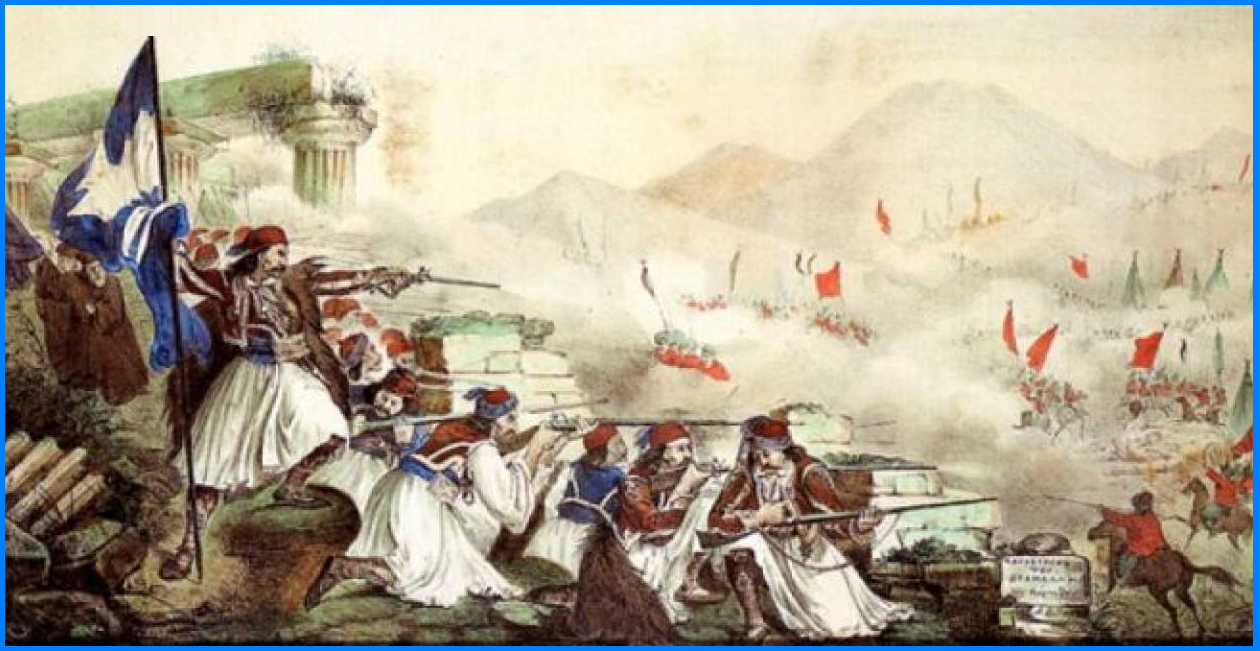 The Battle at the Gravia Inn (Greek: Μάχη στο Χάνι της Γραβιάς) took place in May 8th, 1821 and was fought between Greek revolutionaries and the Ottoman Empire during the Greek War of Independence. The Greek leader, Odysseas Androutsos, with a group of 120 men repelled an Ottoman army numbering 10,000 men and artillery, under the command of Omer Vrioni,an Albanian pasha.

Omer Vrioni planned to attack the Peloponnese with his army. He had already defeated the Greek Revolutionaries at the Battle of Alamana and executed their leader, Athanasios Diakos, one of the most emblematic figures of the Greek War for Independence. In May 1821, Vrioni set off from his base at Trikala, with his 10,000 men supported by artillery, thinking that crushing the Greek Revolution would be easy- yet, he was wrong.

Odysseas Androutsos, one of the most famous Greek commanders, realized that stopping the advance of the ottoman army into the Peloponnese was of crucial importance for the success of the Greek Revolution. On May 3rd, 1821, he arrived at Gravia with about 120 men, fully determined to resist. Together with 120 men,Androutsos barricaded himself in an old inn near the centre of the road,waiting for Vrioni and his men to arrive. 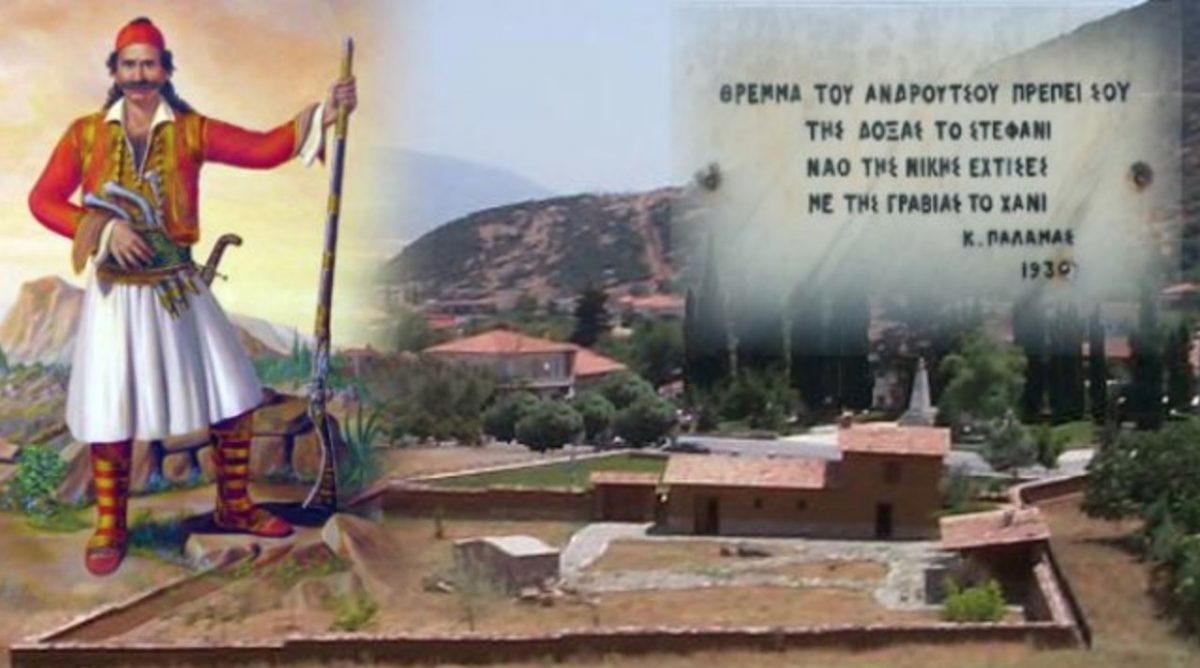 The other two Greek captains who had come with Androutsos, Panourgias and Duovounitis, took their men and assumed higher position on the sides of the road. They did this because they assumed that Androutsos' stand at the inn would end up a disaster, like Alamana, and being on higher ground would allow them to retreat.

When Vrioni arrived, he dispersed his men through the hills and surrounded the inn. He sent a Dervish to negotiate with Androutsos and persuade him to surrender- yet, this did not end well. Androutsos refused to surrender, foul language was exchanged between the two sides, the dervish was shot dead at the door of the inn, and Vrioni ordered the attack of his army against the Greeks.

Immediately a detachment of Albanian soldiers charged the building and they were met by a barrage of gunfire. The albanians were forced to retreat under heavy fire and suffered many casualties from the concealed Greeks. The ottomans tried to attack 2 more times, yet their efforts had the same grim outcome- coming face to face with relentless gunfire and fierce resistance, they were forced to retreat. 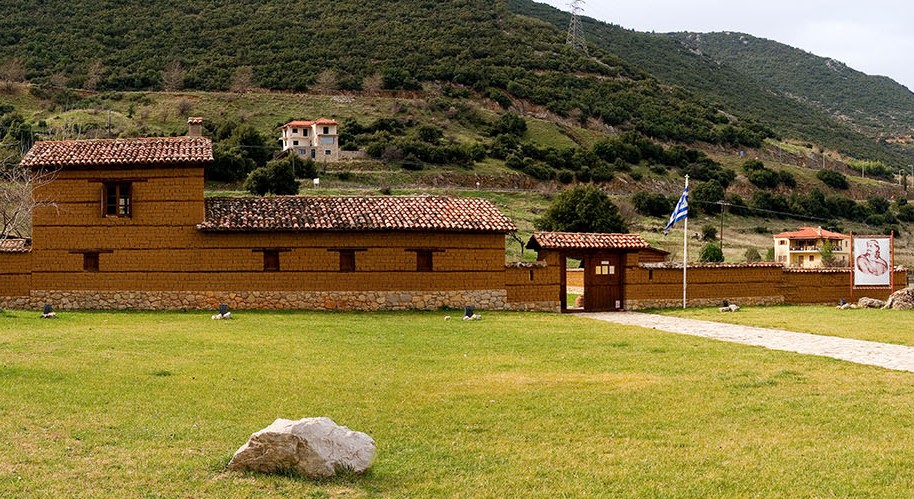 Seeing his supposedly invulnerable army suffering heavy losses by a handful of Greek Rebels, enraged Vrioni - 300 of his soldiers were dead and 800 were wounded within only a couple of hours of fighting. He decided to blow up the inn and ordered the cannons to be brought. However, Androutsos had guessed his intentions. Late that night, he and his men managed to leave the inn and escape through the Ottoman enemy lines undetected. The Greeks had lost only 6 men in the Battle.


The Battle at the Gravia Inn is considered extremely important to the outcome of the Greek Revolution. Vrioni, arrogant after his victories was violently shocked into uncertainty. He decided to retreat to the island of Euboea, just off the coast of Attica, where he would later join forces with Kioshe Mehmet. By forcing Vrioni to retreat, Androutsos allowed the Greeks in the Peloponnese to have more time to consolidate their gains as well as to capture the Ottoman capital of the Peloponnese, Tripoli.
Source https://greekasia.blogspot.com/2020/03/the-battle-at-gravia-inn-how-120-greeks.html