Saint Valentine all around the world 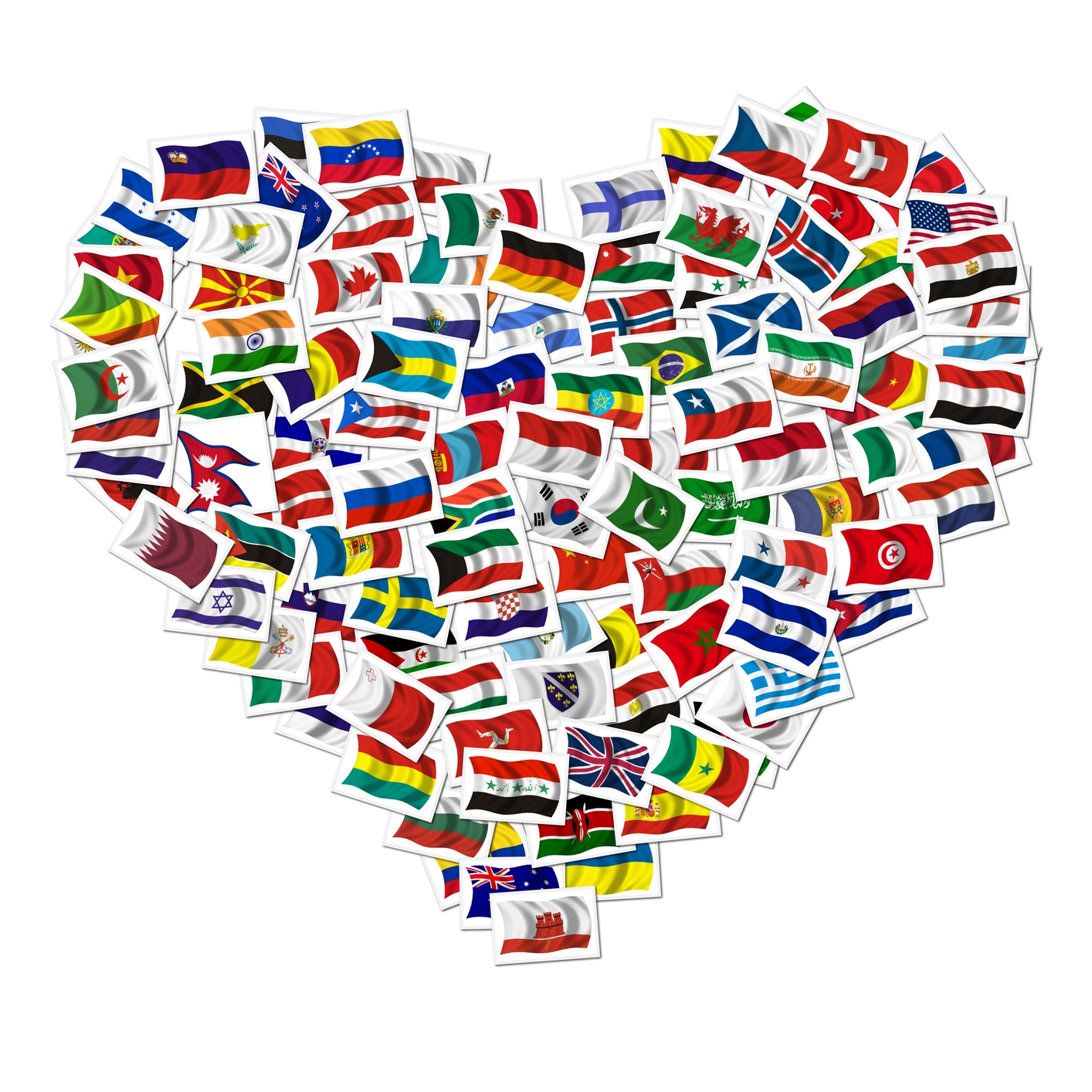 Valentine's Day in Germany and Italy

In Germany Valentine's Day is celebrated more or less like in Italy: the lovers in fact write cards and buying small gifts and flowers for their partner. Even the Germans grant candlelit dinners with soft music to celebrate their love.

In Holland, lovers exchange gifts as a testimony to their own, but some people, like in other countries such as England, send tickets and decide not to reveal their identity by remaining anonymous. One of the most popular gifts for Valentine's Day is a heart of licorice.

In England, anonymous admirers have a long tradition: romantic tickets and flowers are sent anonymously.

Traditionally, the Spaniards are one of the most passionate peoples: their characteristic is also found on Valentine's Day in which red roses are given to the loved one.

Valentine's Day in the United States

Valentine's Day is celebrated by everyone: even children exchange tickets depicting their heroes of cartoons.

The party is practically unknown except in the young people who are part of the political and economic elites of large cities.

In the fundamentalist nations, a special religious police prevents the shops selling souvenirs and gifts of Valentine's Day and that the anniversary is promoted on the mass media.
In 2008, the Valentine's Day celebrations were officially banned in Saudi Arabia.

Even in countries like Iran and Pakistan, conservative forces don’t like on this imported event, but young people do not disdain it ... privately, however.

Surprisingly in India the upright Hindu traditionalism, foraged by the government, was launched against Valentine's Day.

In Japan, the Valentine's Day is celebrated following a specific ritual: on February 14th the girls offer chocolate (industrial or handmade, usually dark) to the boy they love as a non-verbal communication tool. If he accepts the girl's love, he can reciprocate with another non-verbal gesture which consists in delivering a gift to the girl on the 14th of March, the white day. Usually the gift that is delivered for the white day consists of a package of white chocolate (but also cookies, sweets in general or even stuffed animals, jewelry and underwear, the important thing is that it is white or light), and it is more expensive than that of Valentine's Day: in fact, the expression sanbai gaeshi (三倍 返 し? "three times on the return") is used to indicate that the gift of man must have a double or triple value of that of the woman. As for Valentine's chocolate, there are also three categories of gifts for white day:
honmei-choko (本命 チ ョ コ? "favorite chocolate") that is delivered to the loved one
tomo-choko (友 チ ョ コ? "friend's chocolate") given to friends
giri-choko (義理 チ ョ コ? "compulsory chocolate"), given by social convention to colleagues and classmates
The white day was introduced in 1978 by Zenkoku ame kashi kōgyō kyōdō kumiai (Associazione 飴 菓子 工業 協同 組合? "National Association of Confectionery Industries") as an answer to Valentine's Day. The idea represents an extension on the entire national territory of the marshmallow day, invented in 1977 by Ishimura manseido (石村 萬盛 堂?), A confectionary company in Fukuoka that on March 14 was selling marshmallow gift boxes to men to be used as chocolate answer of February 14th.

In more recent times the ritual of chocolate delivery is carried out not only by girls (who are still the majority), but in general by those who feel a feeling towards someone else: it is a non-verbal way to confess their love, friendship or other based on the context.

Valentine's Day is celebrated as in Japan, but April 14, day known as "black day", who had not received anything on February 14 or March 14 will go to a restaurant, eat spaghetti with squid ink complaining and saddening of their own solitude.

In Wales many celebrate the day of San Dwynwen, the patron saint of Welsh lovers, on January 25th.

Valentine's Day in Finland and Estonia

February 14th is called "The day of friends": we remember all the friends, and not just the lovers.

February 14th is the day when we start working in the fields, while the traditional party of lovers is San Gregorio, March 12th.

The party of lovers is called Dragobete, and falls on February 24th. Dragobete is in the Romanian mythology the son of Baba Dochia, who in turn represents the impatience of men waiting for the arrival of spring.

Valentine's Day in South America
The festival is similar to that of North America, but includes both lovers and friends. In fact, it is called "Día del Amor y la Amistad".

Valentine's Day in Brazil
Valentine's Day is completely ignored because of the greater importance assumed by the Carnival, which can fall at that time. The party of lovers is instead celebrated on June 12, the day before Saint Anthony, in which unmarried women perform rites to find a companion.

Valentine's Day in China
In China, it is the man who buys flowers and chocolates to the woman. But there is an older tradition called "Night of the Seven" (Qi Xi), which falls on the seventh day of the seventh month of the Chinese calendar. That is, in August. During this party, young unmarried women publicly show their domestic arts in the hope of finding a mate.

Valentine's Day in Iran
The party of lovers is called "Sepandarmazgan", and the 29 Bahman of the Jalali calendar is celebrated. That is, 17 February. The government prefers not to be celebrated instead Valentine's Day, but it seems that the younger Iranians do it anyway, exchanging gifts and puddings in secret.

Saint Valentine all around the world
https://www.erepublik.com/en/article/saint-valentine-all-around-the-world-2664398/1/20