Greetings and Salutations, my Fellow eAmericans:

Unless you were asleep or just too damn busy to log-on to eRepublik last Independence Day, you will know that a handful of my closest friends and fellow party members were involved in launching a Civil War. Despite the many warnings by Comrade GOTJ in his paper, I chose to ignore them, thinking he was just talking out of his ass. I honestly didn't even give it a thought, and to be totally honest, I didn't even see the warnings half the time. But when I logged into eRep, suddenly the signs were all too clear. Hindsight is an amazing thing, isn't it?

Seeing a prominent member of the party you are president of starting a Civil War is a disturbing thing to see. Upon closer inspection, I saw that it was not one, but a couple of prominent party members that kicked off the fireworks of July the 4th. I guess it is time for damage control, right? Revolutionary Committee members start speaking on both end of the spectrum and an uncomfortable feeling is upon the SFP leadership for the first time that I can remember. Crap, this is already getting out of control. 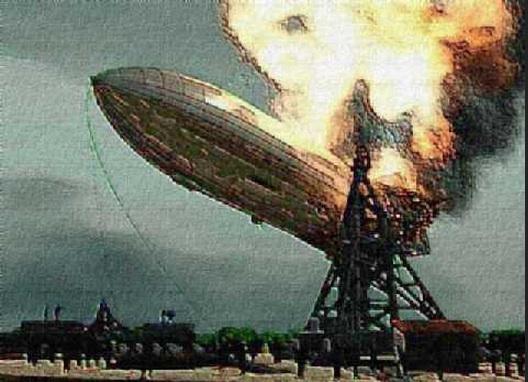 SFP has been on a major recruiting drive, passing the 100 member mark that we set as a first benchmark and steadily clawing our way into the Top Five. We have been able to become a major player in eUSA politics in the last six months due to the sheer volume of activity in our party and the fact that we wield a voting block that changes Congressional elections. This Civil War will be a slight blow to our image, but we'll be fine unless an SFP Congressperson decides to fight for the revolution. OK, everything will be fine. At this point, I realize that this might be a bigger problem than I originally believed it to be. All of a sudden, I have the trifecta of the signs of total failure of a party president; a Civil War started by prominent party members, high profile party members publicly fighting and encouraging fighting against the Congressional-mandated defensive dictatorship, and fighting within the leadership group with longtime party members threatening to leave the party.

I resigned as Chairman of the Revolutionary Committee and President of the Socialist Freedom Party. According to our Constitution, the committee member with the longest tenure was declared to be SFP Chairman. That person is TheNorm.

Unfortunately, that decision made things even worse. Suddenly, the in-fighting got worse and people resigned from the Rev Com and were leaving the party. At this point, some people came to me and the idea of possibly leaving SFP as a group to start or join a different party began. I'm not going to lie, I seriously thought about this. A schism based upon a fundamental difference in game play of the two different groups had begun. Yeah, maybe it was time to go.

Last night while being interviewed on the rebooted eNPR, I had an epiphany. The words just flowed out of my mouth when I was defending my decision to step down as party president and reaffirming my belief that starting Civil Wars is not the way to make a difference.
"SFP is so awesome because we are so individualistic. There is no party line and there never has been.
And THAT is what so awesome about it."

I stand firm in my belief that these Civil Wars started by prominent members of my party do more harm than good, ultimately. It gives those stalwarts who want to continue the same ole same ole status quo system of government against those fighting for change. I also stand firm on my belief that SFP can do more good by staying the course of gaining members until we reach Top Five status. Once that happens, we will double or triple our Congressional clout. Then, we can reach out to like-minded Congress representatives and make change. it isn't the Revolutionary War we may want, but is ultimately the best road to take.

Eventually, the smoke clears as the new day begins.

When the smoke cleared, the July 4th Civil War was nothing more than fireworks that lit up the community. I still stand by my decision to step down as Chairman/Party President, as I believe that someone has to take responsibility for the actions of my party members, and I'm pretty sure that is part of the job description of party president. The pyrotechnic engineers made the day interesting and the only real bad thing that resulted was the censuring of SFP Congressman Wooky Jack. In the end, little was lost and fun was had by most.

But most importantly, in the end... I remembered why I love SFP. I might not like the Dictatorship system and I may not like the Congressional-mandated Dictatorship Law and even though I may not actively fight on the battlefield against it, i DO support the right of every member to play this game as he or she sees fit. I may not agree with the actions of an individual but I will defend his or her right to do it. I will pay more attention to the signs and try to talk them out of such drastic actions and I hope this sheds some light on the possible repercussions and more thought would be put into weighing the pros and cons of actions such as this.

So why aren't you a member of the Socialist Freedom Party? Whether you are a new player looking for a place to call home or a seasoned veteran looking for more fun and opportunity, the SFP is the place for you. Come visit our forum and see for yourself that SFP is the party of Activity and Opportunity! Be a part of the Revolution that makes eUSA Better! Be somebody! BE SFP!

You are the man!

Thanks, man. You're message to me helped as well. 🙂

as always a great read

That is SFP: Individuals doing what they say and taking the responsibility.
Well said and spoken. The clouds made by the fireworks will become dust, the sun will shine and SFP will be stronger as before.

unnecessarily honorable to fall on your sword, Jude. resigning as Party President injected an element of instability to the Party. this is but a blip on the radar and should have been let to pass as just that.

Great article , but in all honesty I still don't get it. Do people really come here and click couple of buttons to see the same things and events over and over again, or they come to see some change, something different - even when this change would be bad it would be nevertheless a change that would ignite passions and emotions on both sides and would disperse these clouds of grey that we see everyday. ''Oh look, we are invading someone'' oh how many times have seen that ? One too many I say ,but now CW happened and I hope it gave that jolt to someone to believe that next day will not be the same.

Amazing article, better then any SFP article I read before.

I'm too broke to endorse the article. LOL

Thanks for referring to me as a prominent member.

Spent it all on fireworks?

Every politician eventually becomes what he or she hates the most. They either learn to accept the fact that they lost their soul and keep driving on without it, or go into the wind.

I'm not a politician, though.
I instigated, I organized and I want nothing to do with a congress that supports a dictator.

Beats the Inteligencia, which has ruled eUS, since I was eBorn.

SFP ideals do support playing the way that seems best to you as a individual. That should be every player's right, no matter what the party. However, when you're enjoying your rights, don't forget the consequences that may be visited on your neighbor.