After the huge wave of bans. I went to Plato's office to check what they are doing. 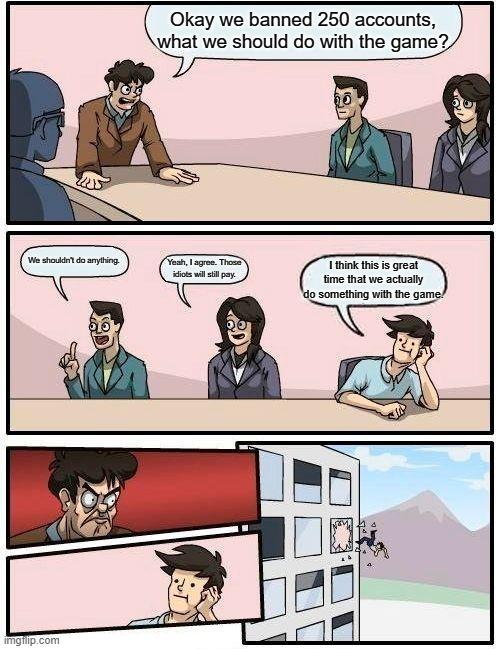 As you can see from here, Plato doesn't really care. He can see there's a bunch of masochists still willing to pay for this game. People that would rather play this than do actual drugs.

He also doesn't care about his own rules in a way that someone can register the account under the age of 14 while someone else gets banned.

P.S. As a tradition, sending regards to Varvarin who has finally learned how to BENCH

I'd do actual drugs rather than pay for this game 🙂

WHere are dem drugs then??

What do you need?

Well my favs, some H and some good stinky W, warm room, let me be alone with some speakers and a huge bed, do i ask for too much? 🙂

A bunch of masochists still willing to pay for this game