Well we're back after a 2000+ day hiatus to resume interviewing impactful players both here at home and around the game. This time around I was lucky enough to sit down with our very own Thedillpickl.

I first met Dill when both he and and his fellow Pickles were introduced to eCan by a good friend. Once he got involved, we worked together numerous times in cabinets where he held every role from CP to advisor. We bought, fought and struggled against various enemies like Albania, Macedonia & Croatia while having a blast and becoming good friends. Anyways enough of an introduction, you the reader, are in for a treat.

1. Tell us a little about the RL Dill 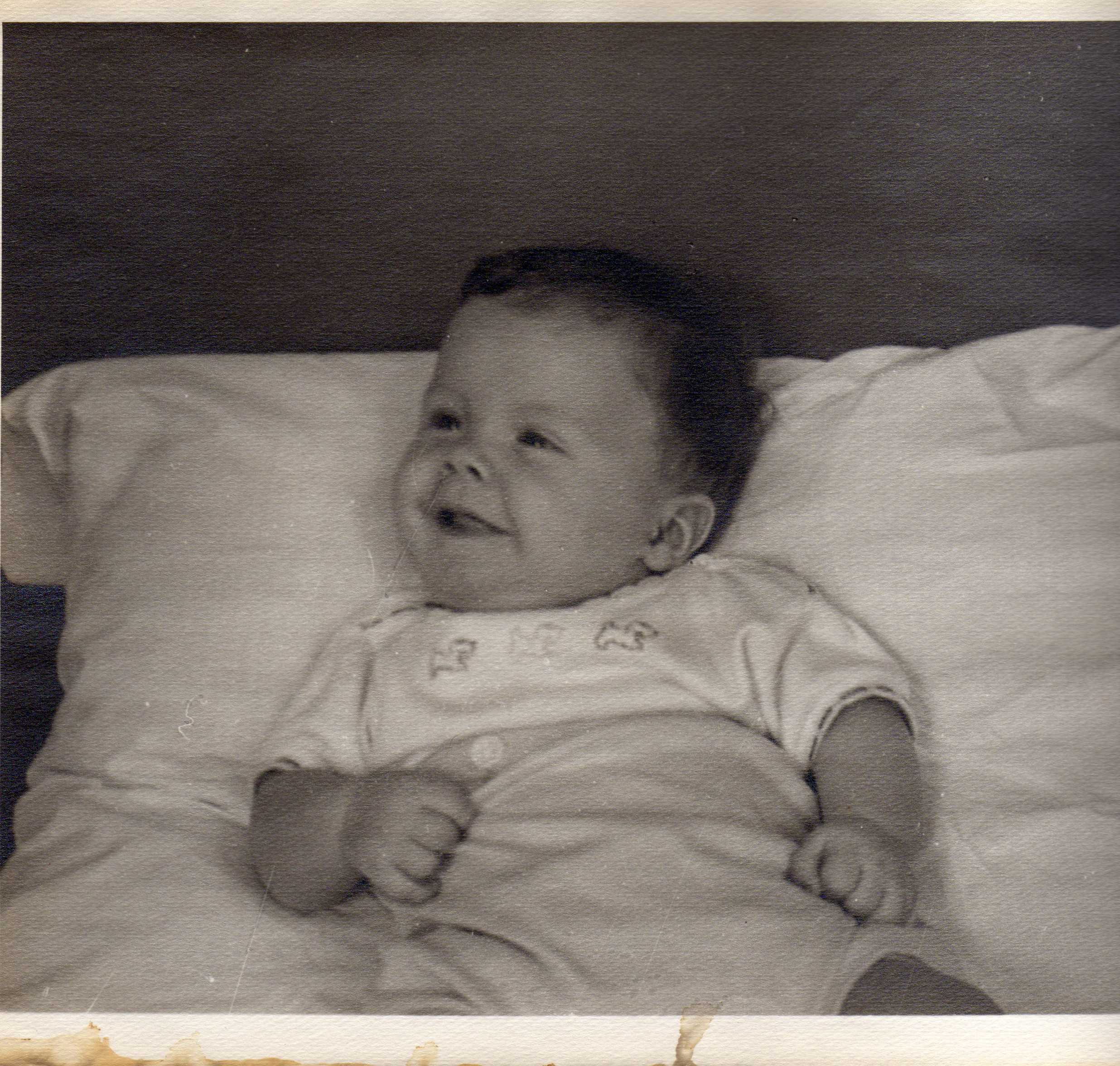 Born in K.C. Missouri. After 10 years we moved to Lake of the Ozarks when my Dad retires. Graduated from Camdenton HS in '78. Studied Radio Communication and Digital Technology at trade school back in K.C. Earned the FCC 2nd class Telephone license which I still hold, but with today's equipment I'd have no idea how to repair/maintain the equipment.

Now I spend the majority of my time maintaining my health.

Dill: I like movies, music, food (both cooking myself and prepared for me), fishing/boating, working on stuff. Unfortunately I'm getting older, I can't do a lot now.

Just what do you think your doing Dave?

2001: A Space Odyssey is the best example of what my attraction to film is. The more we make the transition to digitized video the less impressed I am. Same goes for music.

I like several genres of music but 70's rock is a specialty. There's no substitute for the real thing. When 50-60 year old music and film is still popular that says something.

If you cook anything with beef, pork or venison etc. vegetables make the meal. French mirepoix, Cajun holy trinity and Latin/Mexican Sofrito are the base ingredients in an astounding array of classic dishes. I'm no chef but it's hard to do any cooking without picking up a few things.

Put some oil in the pot to cover bottom. When it heats up carefully put in meat and most of the basil. Just as meat starts to turn add carrots and onions. When meat is just browned and onion are clear add potatoes and a splash more oil as needed. Cook 2-3 minutes until potatoes begin to soften.

Add stewed tomato, well crushed with your hand. (If whole tomatoes, hold over sink and stick in your thumb to get juice out of tomato.) Add beef stock, bay leaves and remaining basil. Be careful adding salt as stock is usually salty.

Bring to boil, reduce heat and cover. Give a stir every so often and taste. (Tasting is important, makes you look like you know what you're doing. If someone is in the kitchen go "Mmmmm..." and nod your head.)

Should simmer at least a couple hours before serving. Carefully add any seasoning to taste and simmer additional 1/2hour. Remember, you can put more in but it's impossible to take out!

Now you have enough information to actually cook dinner. 🥰

3. Best RL adventure you've been on?

Dill: Not very adventurous I'm afraid. Visited Key West Florida, Harlingen Texas/Matamoros Mexico and Los Angels California. All three were road trips so that was an adventure getting there. lol

My favorite "trips" were to Clarksville Arkansas to visit friends. I also went on quite a few riding trips on my Yamaha 750 Maxium. Many exciting outings on the Lake of the Ozarks.

My favorite ever was with my friend Andrea. She bought me VIP tickets to a two day concert at Kansas City's Starlight Amphitheatre. The first 5 rows were empty, we were on the 11th row. The VIP section didn't have the crazy people. lol I was disappointed, the subwoofers up each side were off. That is until next to last band on the second night. Pillar, my favorite, was setting up and the subs came on, voop, voop, voop. I told Andrea to stick some tissue in her ears. She said "what for?" 😆

4. Tell us a story of your first experiences in erep.

Dill: I joined during the Josh Frost and C Roy Revolution/Counterrevolution. The first PM I made was to C Roy. He was actually friendly and quite helpful at first. My second PM was with Dumb Emma. Also friendly and quite helpful. Couldn't have picked more polar opposites. lol No one told me I wasn't supposed to start crap with PotUS Frost. I was a brazen little prick from the beginning. Here 2 weeks and I tell the admins to kiss my ass. Well, no one's ever accused me of being two faced.

5. Tell us a story of your first experiences in eCan

Dill: Oh crap! This is such a good story. I'll try to be brief.

I was familiar with Canada people from political connections. TheSmoke was a good friend. Just before coming to Canada my MU and I had fled the United States to play in Switzerland. It was quite a feat to move 20+ people.

We were going nuts there and I was Switzerland CP. We made the place come alive. I was working with an old friend Ice Killa, formerly Howley, Slovenia CP. Slovenia hated Switzerland and kept them wiped. Me and Ice push a NAP through. At the last minute Swiss kids killed it in Congress.

Needless to say I was pissed. After talking to Thesmoke and others I developed a plan. Congress elections were up and almost all candidates were Pickle's. I think 9 of 10 elected were my MU mates. Day after the election Canada Congress used almost every single one of their citizenship passes to move me and my guys. We took the Congress gold, resigned our offices and moved to Canada in 2 days. O-M-G the Swiss were beside themselves. Holy shit that was the funniest thing I've ever pulled in or outside of eRep.

There's still a couple Pickle's around... *helixer* *cough* *Simulare* but I won't embarrass them. FWIW, I'm still friends with Rican who's a big shot in Switzerland. He likes me but has never truly forgiven me for that.

klop: Can't say I forget you guys coming, we were excited to have more hitters but you all had a bigger impact then we ever would have guessed.

6. Greatest player you’ve ever met? (Yes more than one is fine, as long as you say why.)

That's all the old US names I remember off the top of my head. Still none of them "great"... Met lots of famous foreign peoples. Of course all of Canada is great! (Obvious suck up.)

If I had to nail it down to two I would say rainy sunday for working so hard to help people and Phoenix Quinn, whose account no longer exists, but he did publish this using a friends paper. PQ, there was none like him.

Dill: The end of my 2nd term. After failing to stop FYROM and then Croatia wiped us. DMV3 crawled up my ass and parked there. Many were critical of my every move.

My cabinet, which you were part of, never flinched. They stood right beside me, as did most of Canada. Even some enemies spoke on my behalf. Here's my exit article.

klop: Fun times, the "elitism" that did or did not exist and our usual rumbles with bigger opponents

Thank you dill, for your time. As always, leave suggestions, questions you want answered or people you want to see interviewed in the comments below!

Next up is Mary Chan so stay tuned for that one! We will be returning to the AMA style next time so leave any questions you have for her below!

Finally, as usual every comment gets 1000 units of free food!

Dill's more interesting than I am. What can I say, I like him.
And, oh man, what a cute handsome little boy!

will you do my taxes for me XP

Lol no. I haven't done mine yet. And it's not something I enjoy.

Did I not mention Mary? 😇

Bro, you are still Swiss watchdog. 😉

thats a great article, taking an interview from one of the old legends of the game : mr dillpickl!
i always liked his posts and his friendly attitude in the game, and he was certainly an impressive figure during his brief stay here in e-switzerland.

i would love to see him again in here for a while...

heck, his newspaper's avatar even inspired the visual aspect of my newspaper as well!
link :
https://www.erepublik.com/en/main/newspaper/the-fighting-independent-294744/1

all in all, this is a splendid interview, and i shall be happy to follow your newspaper as a new fan.

PS : oh, BTW, i just noticed that there is a small glitch with the article links on the interview

namely, its the links of dillpickl's newspaper articles, in your article's hyperlinks...
the correct links are :

sorry about that, i just thought that i should point it out.
be well.

Chris, how many years, and your still fixing my crap? 😋

I hope you know how I did appreciate my Swiss friends. Some didn't like me at all. Some of you sort of stood their staring in disbelief as I did crazy stuff. I hope you guys have fond memories. Whatever anyone says I was definitely not Switzerland's most boring CP.

my life seems so dull in comparison to this

Ya know, I see myself as a dull, inconspicuous character in a goofy browser game. I basically followed 2 rules. Make fun for myself and others. Try anything at least once. That last one is a dangerous sob.

Not much mate, trying to find fun in a dead game as we all are 😂

No sheit, gets harder the more years go by.