[W-CUT] Drama Unfolds in the Chamber

What is Congress Up to? or W-CUT is a public record to convey the business of congress in short form. This is done as many do not access the meta forum. If anyone has any issue with the publication of Public Congressional Discussion or data please message me and I can work with you. Private Congressional material will never be published by this paper.
The Un-blacklisting of Dominar Rygel XVI

When you're burned, you've got nothing. No cash, no credit, no job history. You're stuck in whatever city they decide to dump you in. You do whatever work comes your way; you rely on anyone who's still talking to you. A triggy happy ex girlfriend, "shall we shoot them?" An old friend who used to inform on you to the FBI, "you know spies. Bunch of bitchy little girls." Family too - "is that your mom again?" ...If you're desperate. "Someone needs your help, Michael." Bottom line, as long a syou're burned, you're not going anywhere.

Blacklists right? I mean who at some point hasn't been blacklisted in one place or another. The concept of blacklisting is odd as it pertains to eRepublik because it is far more based on the actual meta of the game rather than the game itself. I will attempt to provide a little detail for the folks at home not privy to all that is going on in the halls and boardrooms of our illustrious halls, the eUSAforums.

The definition of Blacklisting was actually somewhat difficult to find shout out to Krapis for providing the definition that was decided on a vote. (Hey congress, maybe have a place among the eUSA Code for definitions).

"I'd like to see blacklisting be given a formal definition, which would include.

Should a blacklisted individual be elected to the Presidency, a discussion will be opened to determine if impeachment or a removal of the blacklist will proceed. One or the other must happen, obviously.

I'm also proposing that this be retroactive, given that I'm of the opinion that such provisions were understood to be the case with blacklisting prior to this proposal."

- Source, Voting Records, Codifying Blacklisting December 2015.
Basically? Blacklisting is a block from the games meta, and is arguably the harshest action that the elected body can take on an individual. The proposal as such was the reduce this blacklisting to the far less permanent and drastic move of censuring, which from what I remember serves more as a time out for a period of time, in this case; 3 months.

The vote passed, with the following totals:

Yes: 21
No: 13
Abstain: 4
Editor's Comment: I am not here to editorialize about Dominar's flagrant disregard for IES protocol that is hammered into the brain of every congressman from day one of their service. In fact aside from the basic facts I am not very knowledgeable on the whole situation aside from what I gathered via news articles and congressional discussion. Guilt is hard to gauge, apologies are hard to emphasize. I do not know what goes on in the headspace of Dominar, I leave individuals to come up with their own conclusions but it is good regardless to see this resolved. I hope in the future this sort of thing doesn't happen and we all learn from this experience.

The cornerstone of every W-CUT, the discussion of the budget. This month's budget post was made by dmjohnston (USWP). While it is still in the discussion stage at the time of this articles publication, there has been back and forth discussion on Line U1: B. Fly-By-Prio. Specifically Franklin Stone (SFP) brought up the question of the funds use in comparison with funding lines for GIMP and Department of the Interior Programs. Further discussion brought up by Dinnyin (Fed) centered around a perceived lack of communication on when the Fly-By-Prio funds are being announced via country feed. Which was addressed by the use of Discord to communicate about the program, an experiment as of late. Aside from the discussion on that line, much else will remain the same in the budget as last year.

IES is a complicated beast, as we have seen with recent controversy. Which brings up the discussion is there anything we can do to untangle the tentacles of such a large behemoth? I think so, and so does congress. Proposed by Tyler Bubblar (Fed) we are just now starting to unravel what exactly needs changing with IES. Rainy Sunday, the reigning champion of the IES program has provided excellent analysis in the form of a play by play on the finer points of the IES system. As this is currently in the discussion phase and it is going to be a long discussion, I will, for now, attempt to hold off on anything in this article. I will ideally post a separate article in the future detailing the changes to the Immigration system, provided it is not already done by the Executive Branch when it happens. 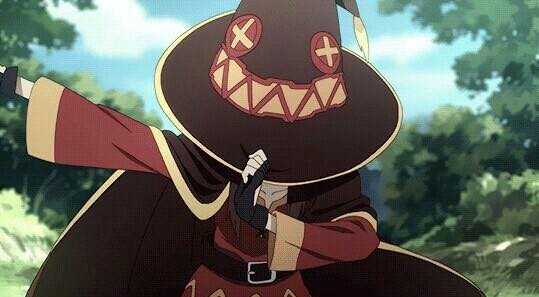 Thank you for doing this!!!

Subbed for the Burn Notice reference

No blacklist should be permanent. Also "blacklist" is an idiotic term. Do better.

I do not make decisions on the terms that congress makes in reference to blacklisting and censuring. Additionally there are in fact permanent blacklists you can find them on the forums located in the library of congress.

Yes, sorry, didn't mean to direct this to you critically. An excellent article. Just sharing my opinion on this unfortunate kind of "law".

"This is done as many do not access the meta forum"

why then still use it"

The IES system is specifically designed to prevent the eUSA from being taken over politically by a larger enemy. This was a huge issue back in the day and still has potential to be abused and used. I seek not to defend the practice of IES in this article I merely report on its existence and its potential and future reform. 🙂

I endorse your article only question how the tools of the meta game help me, the present state of the game is and has been stale ... maybe we were on the wrong side of that huge issue

I think you do bring up a valid criticism do not get me wrong! I have been seeing the criticism for a while as well. It really is something to think about if the majority of players do not use it. I do think that the forums add quite a bit to this game in term of substance as it is pretty shallow on its own.

the forum became a refuge for former players wanting to stay part of a gaming community that then could hate on the game with relish, a condiment sure to sour anything fresh

I personally voted no, and felt he should've remained blacklisted.

Your writing was informative and most of all, unbiased.
True journalism.
Something rarely seen in eRep or RL.

Nice job, and thank you.

Do hope to read more of your work.