This article isn’t me writing as a President, it’s simply the President being fairly bored so decided to share my thoughts on the alliances and the Irelands position in the global affairs. I feel like its something our citizens might appreciate as we’re not talking about it very often. Have in mind that I’m going to write about my personal experience and opinions so it’s going to be a very subjective article, which doesn’t mean I haven’t been thinking in an objective way.

Brief history of Ireland in alliances

EDEN
When I joined Ireland we were part of EDEN, our allies were Croats, Bulgarians, Romanians, Greeks and others from other alliances, like the USA and Canada. Before EDEN died we took a big part in trying to save the alliance. Some of the EDEN HQ members established good personal relations with some of the Turkish representatives. When Turkey voted against Kosovo as a part of Serbia they were sort of kicked out of the EDEN’s opposed alliance and were free in the market. Have in mind that they had enormous damage at that time as well. On the other hand their main enemies were Bulgarians, EDEN members. We had nothing against Turkey, they were always a good ally and a friend. However, Bulgaria was an EDEN member and we stood with them through a lot. Once personal relations became more important than interest of the alliance we considered as a family Turkey was accepted which meant Bulgarians were forced out of the alliance. You’ll hear a lot about some Bulgarian representative agreeing to Turkey in EDEN, but to keep this story shorter Bulgarians were kicked and Turkey has replaced them. Back then much more players played the game so communities mattered much more than they do now. We felt it wasn't a decision made by the communities, but by the representatives. Everyone loved Bulgaria in EDEN before that. Ireland placed veto on Turkey in EDEN twice before we ran out of veto’s. That was the beginning of EDEN’s death. Another thing that was different back then is that alliances were lasting much longer and any kind of treachery was a huge shock. EDEN fallen apart within 6 months because no one felt it’s the same alliance anymore. Six months after Turkey joined EDEN Ireland left it.


Aurora
Next big chapter of our history starts with the Aurora alliance. Bulgaria founded CoT (Circle of Trust) after leaving EDEN. It was a good alliance that failed after some time due to being underpowered for the standards of that time. Soon after disbanding CoT we founded Aurora together with Bulgaria, Macedonia, Chile, Germany, Indonesia and few other countries. Aurora was the 3rd strongest alliance and worked fairly closely with the Sirius, an alliance made mostly by the current CODE members. World damage was in balance, Aurora made sure balance was achieved. We had some great time in Aurora, probably the best time of eIreland’s history. It’s the time when we were most active and had the largest community. Aurora was beating enemies twice of our size. Entire organization and coordination in the alliance was brilliant. At that time Sirius, mainly Croatia, has decided to avoid an alliance with Macedonia, a country that was often attacked by Sirius (friendly alliance). The reason for it was GaMa, Greek MU, an alliance Croats had strong feelings towards. Even though Greece was actually a member of the opposed alliance they were supported by a friendly alliance and that situation just couldn’t last for long. Aurora as an alliance couldn’t work that way. We had to pick a side. Once Greece changed side it was obvious that Macedonia was going to join what is now proAsteria. Bulgaria has followed them. During its existance Aurora was mostly fighting against Asteria, imagine NOW how huge mistake by Sirius was losing that. Chile remained on antiAsteria side together with eIreland. It wasn’t an easy decision to make, we’ve basicly been choosing between our friends. We took lots of things into consideration. USA was the biggest country on our border and they HATED Bulgaria and Macedonia. We had to pick a side and we felt like we had more friends in Anti Asteria block.


CODE
Once we became Anti-Asteria we hoped that our relations with Bulgaria and Macedonia will remain friendly, but due to several changes in power in those countries it didn’t took long until they put the target on eIreland. We weren’t happy, but there wasn’t much to do, we fought against them as well. Being Anti Asteria lasted for a long time before CODE was founded. We had high hopes about CODE, we were insisting on making it a strong, organized alliance that would establish coordination and strategy, however, somehow that never happened. There was a time when we were winning, but that wouldn’t last for long. After many boycotts and other stuff Anti Asteria was getting weaker while Asteria was becoming stronger. There've been many odd decisions made by the Anti Asteria side and Asterians were able to take advantage of them all. CODE depended on several people since it never established any sort of organization. Results of the alliance were in a line with that. We found ourselves in a weird situation, we didn’t want to be part of such an alliance, but we didn’t want to change sides either. Once our own alliance decided to back the UK over us the glass was spilled, we knew we’re gonna leave. We looked for alternatives like Orion and Pacifica, but it wasn’t possible at the times. Those alliances were too close with Asteria to accept their enemy. We’ve decided to go alone, we left the alliance after HQ elections where Furious Lady was elected, which meant not much will change. Croatian boycott started soon after, Greece and Turkey stopped playing too. We were a lone wolf, suffering and being wiped. Some other administrations even signed deals with the occupator which happened for the first time in our history. Our damage and population was getting lower and lower.


PACIFICA
After my absence for about half a year we’ve made a return, in only one month we’ve returned to the old numbers when it comes to damage and even population. We joined Pacifica who on our surprise accepted us after just a couple of days of talks. There’s a whole new chapter for us to write now. We’re looking forward to it. 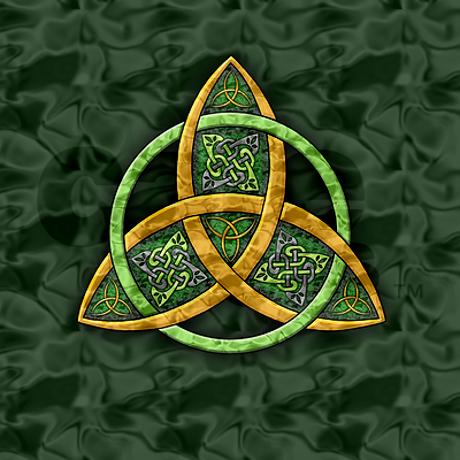 Ireland is a small country. We’re aware of it. We’re often being called arrogant, ‘barking dogs’ and similar terms that describe small countries that aren’t easy to handle by the bigger ones. Sure, we aren’t sweethearts ourselves either, but one thing that goes on throughout history which I was part of (and that’s a long time) is that we never allowed others to make decisions for us, or to disrupt our sovereignty. Until recently, we never even considered signing a Non-Agression Pact with someone who wouldn’t agree on our terms when it comes to Irish regions. We never traded regions or agreed to forced TW’s. It got us in all sorts of problems, we could probably have an easier life if we were more pragmatic, but that would kill lots of fun we had instead. Another thing that makes us a bit different is our willingness to help an ally. We never asked for cost, we never asked why, if we’re asked to help, we’ll help. In my 10 years here I didn’t see another country dealing with this kind of stuff the way we do, and it’s fair to say we had some really good friends.

What we’re doing now is taking care of ourselves. In order to help our allies better we need to grow faster, we need to work on ourselves. Game has changed, countries are now more individual than ever due to legend ranks. Helping allies indirectly doesn’t make much sense nowadays, we hate that change, but we have to play along. We need to make Ireland our main priority, grow our ranks and get ready to help our friends directly, something we couldn’t do for a long time. That time is coming, faster than you’re expecting. Ireland will be stronger than it ever was until this summer. And that’s a different thing to look forward to.

Sorry for the long text, I hope some of you found this interesting.

You should feel bored more often, a really interesting article!

That being said, Hail Aurora forever!

The first one was the best one obviously

klop?! I thought you were dead.

How are you man?

Back for now 🙂 Good to see you

what did I miss

You do great and amazing things when you're bored. My favorite of all is when all of you came to eAustralia.

It's one of my favourites as well!

But hey, still some good stuff as a consequence of that, you're here 🙂

Yes, I was definitely found! Thank you for that, lol.

I will quote Fenoglioteam 🙂
You should feel bored more often, a really interesting article!
🙂

Gama always stood on one side-
Not many of MU's - Countries can say that in erepublik.

Im glad Croatia stood with a friends at the time. We never were dmg seekers unlike most of erepublik.

Great article, and very informative history for an eIrish newbie

Thanks for the article! I'm glad you were bored = )

CoT brake power when they decide to bring USA on they table and TWO reject any coorporation with CoTD , chose Greece and later Romania from eden

Thanks for the correction

I always liked a good erep history articles, and this one is great

thanks for the fun I had reading it 😃

I have witnessed your capacity for courage and though we're worlds apart, like us, THERE'S MORE TO YOU THAN MEETS THE EYE!

but you mean the republik North of Macedonia

Ireland was a part of one aligance before Eden very early in the game.