(Don) Geopolitical Analysis of the Changes

5 days ago • Published in Ireland

It’s been a while now since Plato introduced the new changes to Erepublik community. I wasn’t really playing much lately, it was summer and the game was kinda boring to me lately, but recently I’m kinda 5-clicking again and observing the new changes and what they actually mean for the game. Two great writers Mixliarder and Biter I wrote awesome articles regarding the changes, you’ll learn more reading this than you ever could reading the Plato’s latest update announcement. 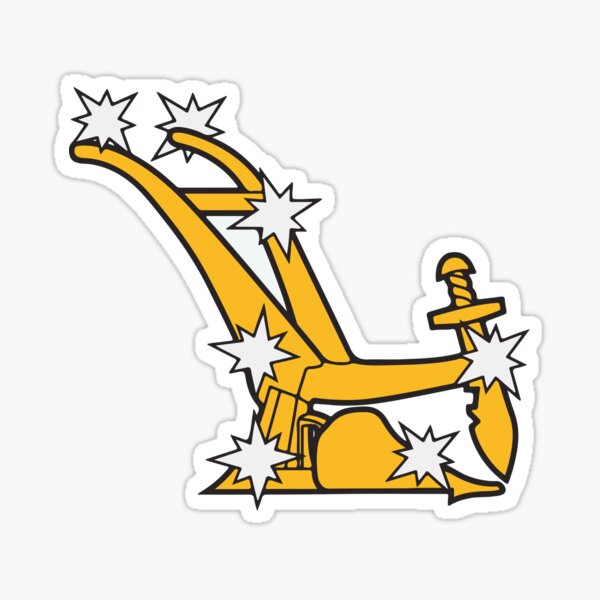 How these changes are going to influence the game

Two articles I posted above were focused more on the technical aspect of the new changes while this article is about what the new changes will cause to the game on a geopolitical aspect and also the consequences of the game mechanics changes on the gameplay for countries, alliances and individuals.

My prediction is that the main consequence of the changes is that it will encourage countries to talk about the game stuff, signing MPPs and picking the right friends. It's hard to expect that we will see some major change in balance when it comes to the alliances, but the changes will surely make the alliance functionate different. The biggest tanks in this game has the way bigger ground rank than they needed to reach LegXX rank. So now they need to choose their second country to use the extra protector’s points they have. They called in Universal Ground Points. Its up to the communities now to choose their strategies and thats going to be the choice which will have a long term consequence. Choose the wrong country could lead to the disasterous mistake which will hurt them for a long time. The way they set their bonus is going to dictate the way their country is going to act in the future.

There are several strategies (and probably more than just the ones I’m going to talk about). I haven’t really made my mind on what the best decision would be, but its probably different for each individual country as they all have their special stuff.


Choosing the nearby country for self-protection.
If, for example the entire Croatia picks Bosnia & Herzegovina as their 2nd protector slot it means that BiH is going to become a much stronger country than their numbers would suggest. It would also mean to Croatia that they actually have two countries they run, they would be able to use that greatly in the future wars. Choosing the small, neighbourhooding country is definitely one of the options.

Choosing the other biggest/small country.
This might be the most entertaining option. Right now, Croatia is still overpowered with their legends, however, if for example Romania picks Serbia and Serbia picks Romania that would change it all as both countries would double up their Legends count. This would give them the chance to fight Croats. On the other side Croats could do the same to counter SeRo. Choices like this would actually form the strong bonds between the couple of countries. Smaller countries would also be able to group themselves and defend against the big boys. Neutrality wont be an option anymore and the ones that realise this first and decide to act like this could have the biggest advantage over the ones that ignore this changes. This could mean that there will be much more alliances in the future and the relations between them would be much stronger.

Let’s imagine that each country picks 4 allies for their protector’s slots in future. If they choose the option to choose a strong ally as their slot they will surely consider to get more countries to their group. Since the amount of members is limited by the protector’s slot it means those alliance would be smaller but more effective. If a few more changes does happen in the future, regarding the Training Wars (like if they stop being needed at all, hint: true ally medal), we might see the funniest era in Erepublik soon. Limited fighting between the several alliances. This would give much greater meaning to diplomacy and alliances themselves once again. Just imagine the alliances:

It would be interesting for sure to watch how those alliances would negotiate between each others. It would also encourage the countries to work on their internal stuff like discussions, meetings and making the other big decisions. Sounds good to me if that’s what you’re asking.

Choosing the country that holds your bonuses
The economic oriented countries such as Iran, Russia, USA & Poland could choose a country that holds their bonuses. If they have a signed concession with the country that makes their 100% bonuses possible, it’s easy to imagine them choosing that country as their protector slot to keep their bonuses safe and protected. However, this means you’re going to lose one slot which could be used to counter the threat coming from the other alliances, as I mentioned, I’m not sure neutrality will still be a thing. At least not in a way it was so far. Alliances will still be able to declare themselves as neutral, I’m just not sure their wished would be respected by the other alliances right now as there will be much more of them. 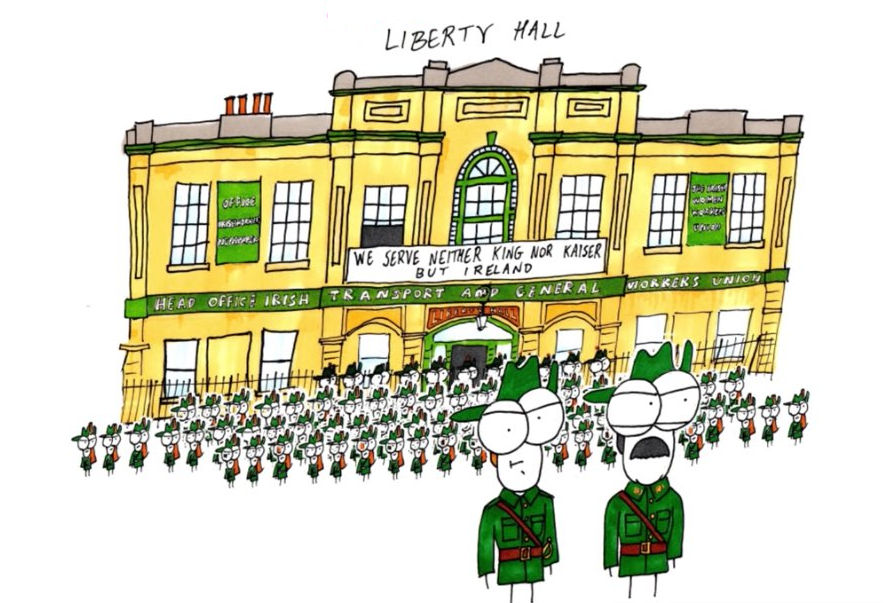 It’s fair to say that small countries will have to sit out for the start. The biggest countries has the main say in how they will react to the changes. Small countries such as Ireland will have to outsmart them in the 2nd step and use their protector’s slot to actually protect themselves. I believe that we should wait and see what’s going to happen with the big boys.

If they make a mistake we’ll know how to use it. We’ll have to increase our involvement in the world events too, we need to search and look for the potential partners that will look for the same. I have a several countries in my mind, but let’s keep it for ourselves at this moment, for the diplomatic purposes. So, keep your Universal Ground Points unlocked, save it for future when we’ll make that decision together, depending on the interests of Ireland and its allies. Hopefully, this change will turn out better for the small countries than it seems it is right now.

Hopefully this change will bring us more fun in the future. I really expect Admins to add something like True Ally medal which would finally destroy the Training Wars and the entire concept of the game that goes with the Training Wars. If that happens alliances will mean a lot again and individual countries will have something to discuss within themselves, this could mean more activity in the internal politics of the countries. It does seem that all these changes are leading to something called group game again, for the last several years it was all about the individuals as they could just fund themselves and be careless to what others are doing. Choosing the same 2nd protector’s slot is an individual decisions, but it’s highly connected with the decisions made by Governments and Congresses. If the individual choose the country which isn’t going to be an ally (with MPP signed) it will decrease his development of the second slot due to lower bonus (2😵. This kinda makes the community, parties, Congress and the Government relevant again, unlike so far when the President was just in charge of clicking the attack button, which killed the internal politics since it didn’t even matter who the President is.

I am looking forward to the changes and I enjoy playing the game without packs right now. Since the fuel limit is on, no pack is worth its money and that kinda makes the game equal for everyone. Being equal for everyone also means a greater interest in those that weren’t relevant until these changes. Both fuel & protector are great changes and hopefully Administration will continue in the same direction and introduce the True Ally medal. For once, I am very happy with the changes made over the past several months. 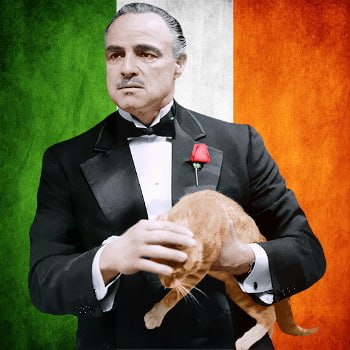 I do not see how this would fly 🙂

But it's me and I may need visual aid 🙂, anyway, it would be an interesting surprise.

Its just an example, not the actual opinion on how its going to be. I tried to look for strong countries from each alliance.

yes, I got that, just surprised to see all those together 😃

Haha, yeah, I guess exPacifica was kinda behind that.

In my opinion, must be a redistribution of Alliances and the countries that include it. We are watching the same thing for years now..

If they replace True Patriot cash by True Ally cash, then the Training Wars will still continu

Not replace, just add TA. It makes it irrelevant where you're fighting.

My last pack will be expiring in just over 50 hrs, and I'm going to leave it at that

Fuel has levelled the playing field, so no need for me to pay for barely any advantage

Any advantage I still have will be due to following 3 (in order of rising importance) :
3. playing for 10 years
2. having paid nearly 3000€
1. having spent so much of my time here

Sounds fair to me, right?

Sure does, the mrs will be very happy 😃

It makes me wonder what your job is right now mate 🧐

a finally option is,do nothing and keep farming, these changes to be effective need and extra mind effort, time, disposition and collective motivation, and all are very very lazy with the interaction with this game now. so make nothing and login some times on the day is an option too xd

you can unenroll vehicles at that point it has all the levels still then you can assign it to another country. i would suggest for small countries built up as many vehicles as you can. although we only have 1 unenroll token in your storage i assume more will be available later so at this point building up 1 more vehicle wont really harm ireland or any other small country. i have enrolled many now as an experiment and to write future articles. it seems some level up quicker my div 4 tank reached level 18 after several million damage was drop the normal soldier almost did the same for very little damage although i have not done a study with the different reports

or if its per country still you will retain that protector points i assume or be able to transfer it to another country.

No need to rush when it comes to chosing a second country since we know nothing about the expenses to get the rest token.

One potential problem I see is, with this system once you choose an ally you're going to be stuck with them for a long, long time, which could lead to a nearly permanent state of stagnation. The current CODE is Asteria is stale and has been for awhile. If people don't take this opportunity to shake things up it's just going to continue.

a very interesting article about the new updates!
good work!

Obviously youre the only scumbag around

That's what a scumbag would say...

Personally, I am glad that they changed something finally, for the better or worse.