[CDV] My humble take on the battle over-time issues (AUS)

I tried to stay away from all the trolling articles from both sides immediate after the Epic Western Australia battles. However, i feel that this is a rather contentious issue that might have an explanation and deserve an objective look/study.

After the inspiration from the Aeros's article with API report for the WA battle, i had a look at the API battle history website he used. I have not seen this before, and compared to ereptools - this give a time-history of the battle damage. In Aeros's article, he rightly shown that the WA battle was overshot for approximately 22-23mins.

**borrowed image from Aeros** Full battle time history below - or at this link.

However, going through the API data given by the website, the Western Australia battle was not the only one that overshoot the closure time. And from a very unscientific and quick browse, it was apparent that many battles with significant tanking at the end overshoot the closing time. Most battles ended with 2-3 mins overshoot while some even stopped early (probably retreated). Some examples of battle time histories:

1) It is the Lower Carniola battle - invasion of eCroatia into eSlovenia. The wall was about +600k during the 24 hours mark. Then the tanking damages can be observed.

4) Inner mongolia invasion where 1 hour was added because there was a pause/server down of an hour. 😃

5) RW in Gauteng against eBrasil - no overtime - possibly manual termination by admin.

6) Invasion of eHungary into eCroatia at Upper Austria - a whooping 5 hours delay - possibly due to server down?? but time history shows continuous damages....hmmm

While it may seem that Phoenix based nations often get the upper hands in my examples above - it is simply an indication of their high reliance on last minute tanking and perhaps a better discipline of their elite/tank squads. (or just shitty internet speed).

What i can conclude is - the API data is lagging, but the calculation for the damages is not. The scenario is probably like this:

1. someone click FIGHT. damage recorded in database. (1sec)
2. resultant wall calculated based on 1. (1-2sec)
3. battle victor decided here (internal calculation).
**say 1 and 2 take 3secs per fight person per server.
3. the graphic interface update after 1 and 2 are done.
**this could means 10-60mins lag - if 1200 fights / server per second elapsed.
4. API database update with the graphic interface.
**which explains why zhunder site is giving a delayed ending..

thus even all 10-20k fights were done in the final 5 mins - this is represented by a spreaded tanking pattern as shown in zhunder and the graphic interface. in reality. they re considered instantaneous in the original calculation in step 1. This is at least my hypothesis.

just some thoughts. I know this might not endear me to my eAustralians or even Brolliance readers..but as i said, i try to be objective and stay out from the polemic discussion, but offer a more substantial look of things - considering the new information Aeros's article has given us. I hope we all can be objective in making propaganda, and not be a hypocrite in making accusations and counter-accusations. I have great respect for both sides - in particularly their leaders - so, let's keep playing the game fair and square. 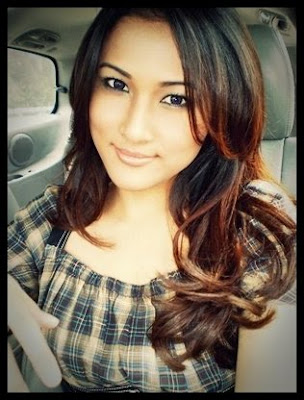 eLady said hi. Move to eMalaysia today. PM me for info on how you can move to an eTropical Paradise today!

I don't think lag is the issue - a various times in the battle overtime soldiers could still hit the fight button and their score register immediately.

Hopefully admin will supply the logs see we see everything in exact time, not just for this result but battles in the future.

u got my vote cdv

When we were online planning attacks I told guys that in battled like WA which should end 15 mins prior to the daychange there will be a certain delay, which is recurrent and typical and that the battle was expected to end at about 30 mins after the daychange, I was wrong by 7 mins only.

Only article I have read from a Phoenix member that was actually interesting, fair and research based. thank you for an excellent article.

Wrong conclusions, sorry. There was no lag in this battle. First hand experience.

Good article. V and S. Thanks for not trolling.

Lag really didn't seem to be the case. Other times I've been on when its lagged, all kinds of stuff has happened. The page refuses to load, it times out or the headless chook makes an appearance. This time everything was running fine, except the battles didn't end.

Well, i have been called both phoenix and eden members in this article alone. speak volumes of eMalaysia's neutrality stand.

nagyzee/fallback - maybe you re right. i wasn't there in the final hour, i don't know what happened to be precised. but i believe it's a bug/server lag/etc - and not deliberate cheating form any sides.

Oh I don't think it was cheating either. Just a fail on behalf of the system that the admins are now refusing to address.