The Reason Why Admin Should Add eFormosa (Taiwan)

It is a right decision to add eFormosa (Taiwan)
Here are some reasons to prove it.


2.It is hot in Taiwan to use Facebook which is the most famous Social Network Services in the world.
http://www.checkfacebook.com/


Here are some picture of the Statistics on Fcebook
On July 12 2009, Taiwan is the second fastest growing country. 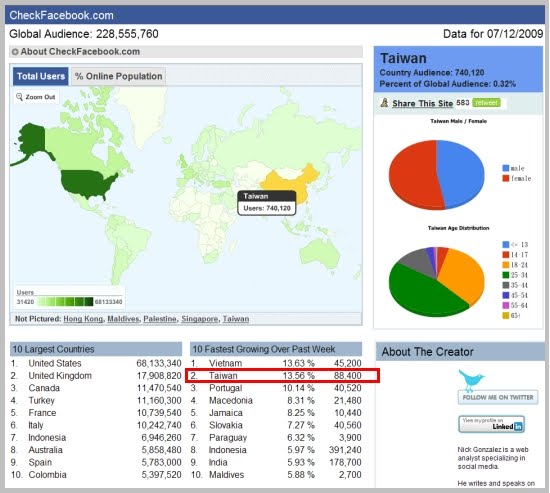 And on September 15 2009, there are already 2.87 million users on Facebook. And became the fastest growing country all over the world. 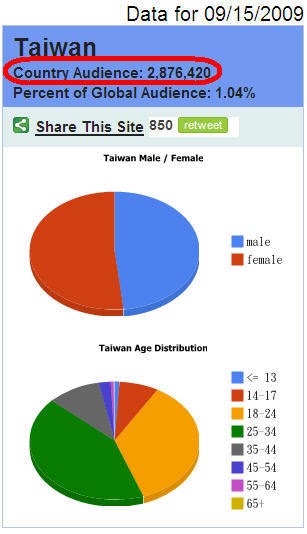 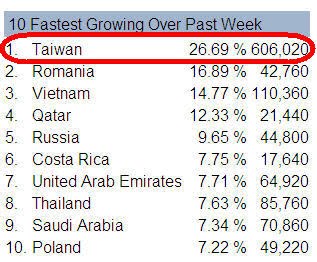 3.We love play webgame
From here: http://friskymongoose.com/the-facebook-effect-on-farmville-in-taiwan/
The Facebook Effect by David Kirkpatrick:

In Taiwan, Facebook usage –mostly on PCs–soared in 2009 for one reason: the Farmville game from Zynga. Playing it became almost a national obsession, and many joined Facebook simply to do so. It grew from almost nothing to 5.6 million people, or 26 percent of the population in the year ended February 2010
http://goo.gl/qfSP

Some people didn’t continue play this game because it’s not our country to choose.

So, We need a ecountry.

Here are our proposal to solve the disputes.
A new name, “eFormosa”
The history about the name of “Formosa” can check from the wiki page.
http://en.wikipedia.org/wiki/Formosa_(disambiguation)

It is more realistic if eChina has a province named Formosa in this game...

1.Taiwan is not recognized by the UN in real life.
2.The countries that DO recognize it (again, IRL) are few, small and mostly geopolitically insignificant (http://www.answerbag.com/q_view/489535). [Note: I mean no offense to anyone from those countries who may be reading this.]
3.The People's Republic of China claims territorial sovereignty over the island of Formosa (again, in RL).
4. The countries in eR are meant to model those of real life (At least concerning whether said country exists or not. I realize that territorial allocations and politics are inherently different in eR.).

Therefore, taking into account 1,2,3 and (most importantly) 4, the request for adding Taiwan as a nation in eRepublik is baseless and unjustified.
IN SHORT: AGAINST

P.S. Now, if the proposition were to add Formosa as a territory of China, that would be entirely justified.

Taiwan has control over its internal affairs (domestic sovereignty) and is able to keep outsiders from operating within its borders or influencing internal decisions (Westphalian sovereignty).

Good
If eRepublik have taiwan, then eHong Kong should also be added

Would you be satisfied if admin finally add Taiwan as a region of eChina?

I think you'd better request for Chinese (both simplified and traditional) as a selectable language in this game first.

@MastermindINTJ: Taiwan is recognized by the US IRL. That is not a small and powerless country. We have the largest GDP of the world, and we are triple the next best. 😁

I m is not a signed, I am against Taiwan belongs to China
oppression of non-USA Taiwan is China s