The Only Reliable Option

With CP elections tomorrow, I thought it would a great time to provide a quick synopsis of each candidate and potentially better inform the voters of the eUSA.
First up we have hcmadman endorsed by SFP: 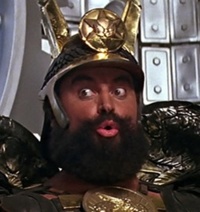 I’ve been working in the trenches with this candidate for awhile now and I can confidently conclude that Hcmadman is not a sayer, he’s a doer.
Let’s take a look at the things promised from hc:

“I will seek to continue the TW realignment begun by zRTx, and the dividend begun by Derphoof.

I will seek to reinvigorate government media that has long been in a state of disrepair.”

The plan to maintain the TW system and Derp’s dividend is a strong choice as they are sort of the best thing the eUS citizens have going for them in this stage of the game. As for the media promise... anyone who has even half paid attention to the media scene would know that hc has produced 3x as many articles than anyone else since stepping out of a eComa several months ago. A vote for hcmadman tomorrow is a vote for progress.

Next we have chickensguys endorsed by WTP:

CG served as Prime Minister this current term. As most could conclude from his national feed shouts, he didn’t serve much of a purpose other than being a nuisance to the American people. Let’s take a look at CG’s promises:
1. To bring back Oblige.
2. To turn London into the 51st state.
3. Extend Derp’s Dividend
4. Bring media back as well
The first two promises seem to be joke promises so I see no need to get into them. An extension of the dividend could be an interesting topic, but with CG’s polarizing personality and inability to get along with anyone, I can only see this as a far cry. As far as the media goes, 4 articles in the past 300 days doesn't really guarantee an active media outlet.

And finally the last candidate to note Cthulu of the Feds:

What much is there to say here? This candidate didn't even bother to write their own article to tell the American people that they were running for president. The only article on this candidate came from Paul Proteus and..well, there wasn't much substance there either. He's promising change, but again cthulu has NOT promised this himself. It is nearly impossible to tell what you would get from Cthulu being elected but most likely answer is probably not a whole lot.

I will be voting for hcmadman tomorrow, and I strongly encourage you to do so as well. It has been proved fact that he is the most active of all the candidates by a large margin. Check here for proof: Your text to link here... Hc is the most reliable candidate running. I know this from experience working with him.

HCM4CP! On a side note I'm still in need of 25 comments for the mission so any would be quite appreciated

Shit gets real when they abbreviate your username XD

So you are hc by now.

tCP weighs in on the eUSA CP Election. (Pass it on) erepublik.com/en/article/2706938