Erepublik is boring? Here are some suggestions

Editor: mib_boby Dear readers, this is my article for Sisk contest. On this article you can find a lot of suggestions for a better game. I hope you will like it and Plato will read it. 😃 I. Politics
1. Rankings
It’s pretty nice to see the 10 biggest parties from your country, but the rest of parties die because no one can see them anymore. It will be ok if admins will show more than 10 political parties in the Rankings.

Even if the Ministers will have powers in game, they should be voted by the Congress.
Every Ministry will have it's official Newspaper, which can be accessed only by the Minister. The minister will be able to publish articles without accessing any organization.

3. Parties
As Party President you do not have a lot of buttons, but you have an important function in the country politics. The Party President should have on his dashboard buttons to create new titles in his party (exemple: Treasurer, the Group's leader in Congress etc.), to send mass messages in the party.

Sometimes a big problem for a party is when the Party President resigns from his function. After he resign, the most experimented person (who has the biggest level) will became the new PP, but is a problem because there are chances this person is quite inactive. I suggest the new PP should be the Vice President. He will became PP and will have the buttons until are the PP elections. To be Party President is hard and for this should be a medal for the PP of Top5, but the candidacy should cost 2 gold (like in v1).

4. Congress
In some states the Congress have a Speaker who had the role to implement law and order in the very Congress, keep clean congress section on the forum and keeping things moving along. It will be interesting if Plato adds the Speaker in game voted by the congressmans.

The new modules puts all the hard work on the Party President's shoulders and his team. They have to promote the candidates, do all the campaign... basically everything.
In the old module only those who worked hard were elected. Yes there was a little more spam but not much more than there is now.

The new module is, in theory, more organized, but in fact it is not and is a real thumb down for the game.

5. New laws for President
- referendum - this law can be used 2 or 3 times on the month and the President can select the question for the referendum if the law is approved in Congress;

- change name and the flag of country - Erepublik is a game and sometimes some countries take a decision to create one country and they should can propose a new flag and a new name.
- propose minister;
- Country budget – the President can select to issue or burn money, the amount involved and propose it to the Congress;
- Trade agreement – here Presidents decides a separate trading tax with another country;
- Non Aggression Pact is a agreement made by two nations that agree not to attack each other over a certain period of time. Other points can be touched on in a Non Aggression Pact, such as stopping economic warfare against a nation, however the main purpose of a Non Aggression Pact is to stop military action between two nations;

- The President can pin post on the Friends feed regardles of the fact that you don’t have him in the friends list. You will see a pin post from the Presidential Administration.

6. Mayors
A mayor is an elected politician of a municipality. The mayor is the chief executive of a city within a region and thus is considered a vital part of local government and regional politics.

Mayors can do the following:
- Set company tax
- Set house tax
- Buy hospitals for the town and can set how much energy will be used from a hospital (like CO)
Mayors can also host different activities for their town, such as lotteries, campaigns to increase population, etc.

The party president selects those party members that will run in the local elections. Candidates for mayor must reside in the town in which they are running for office. Mayors are elected by majority vote. Local elections are held on the 20th of the month.

II. Media
1. Citizen ads
The citizen ads are displayed on the far right portion of eRepublik pages. The advertising box displays three ads, each one having a picture and a text body (150 characters). Also, by rolling the mouse over an ad and clicking it, you will follow the link (eRepublik internal) which the citizen specified when they created their ad. It might be a link to their profile, or possibly their company, or an article about them, or really anything they desire. 2. Newspaper stats
Journalists would love to have a page where they can see their 5 most voted articles, the last comments on their articles and a list of their subscribers.

3. Subscriptions
Subscriptions show a list of your subscriptions alerts from newspaper articles. When you subscribe, every time an article is written, it will visible in the subscription section in alerts. A star next to the icon means you have unread subscriptions.

III. Economy
1. Companies
- In v1 we had ORG where we built a lot of companies. After a few time Plato said to move our companies from ORG on our accounts. This is a big problem, because if I a MU commander and I want to leave the game my q7 company will stay on my account and the MU soldiers won’t have any place where they work. It would be interesting if the General Manager can add new managers at his company to help him.
- Donations Logs;
- Edit company's details: as a General Manager, you can update company's description and logo;
- Company Tax: A tax paid by business owners on a monthly basis (first month is free of charge);
- Economical Skills (Professions): would affect the companies and if you want to increase your skill you can work with booster. 2. Monetary Market
A new Monetary Market where the players will buy gold not from other players but from a game generated market where the price will be a constant variable depending on yhe quantity of gold that is bought or sold(For example for every gold bought the price will go up by 0.0001 and will decline by the same ammount for every gold sold) IV. Military
1. Rewards for Top5 after a battle
First place gets the Battle Hero Achievement and 5 Gold. The runner up gets 3.5 Gold. Numbers 3,4 and five get a smaller amount.

The erepublik market bot introduced a huge amount of currency in game, and that produced a huge shortage of Gold. This way you can introduce more Gold into the game. Ofcourse there is always the Buy Gold option, but that is not affordable by every player.

On the game play point of view, this will make more then 2 people fight for something (BH medal), but at least 10 will fight hard each round to get into top 5.

V. General things
Holiday mode
As an eRepublik citizen, you can interrupt your activity for a while by going on holiday. During this period, your citizen will be completely inactive. Within one year, you can be on holiday whenever you want, in the limit of 30 days. When you reach this limit your citizen will be automatically end holiday and he can start loosing energy and eventually die if it decreases to 0.
Thanks for reading and do not forget to sub! 😃 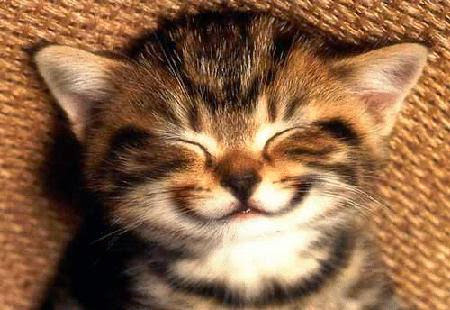 Erepublik is boring? Here are some suggetions
http://www.erepublik.com/en/article/2420163

this is a wonderful great article especially for new players.
Good work my dear ... I am proud of you < 3 😘

So many things are useless... why have the function of a PP? if you cannot do anything?
Congres is made out of PP and they have functions not buttons... here you have no function and no buttons... same with ministers ..

Hehe, if this will be available we will have a lot of people for deportation. 😃

I'm not sure how useful the Mayor function would be(sounds a bit redundant).

It is an old function... I hope will revive the political module... I hope...

too good to be just from your head