I know that almost all the countries that are part of Asteria or are pro-Asteria had a hard time in the past months, but I can assure you that we are doing everything we can to have a strong and united alliance. And recently we also started to see the results with a lot of countries from Asteria that were fully/partially occupied being liberated or at least having successful campaigns in their cores with a good outcome.

In the previous two weeks we mainly focused on Baltics to release Lithuania/Letonia from CODE members (Turkey in particular). And in the image below we can see how the situation stands right now after these two weeks. I think that this image speaks for itself, we have in the Baltics a lot of Asteria countries and we managed to create a solid Asteria base there. The Asteria countries that are currently in the Baltics are: Lithuania, Latvia, Romania, USA, Republic of Macedonia, Iran and Colombia. 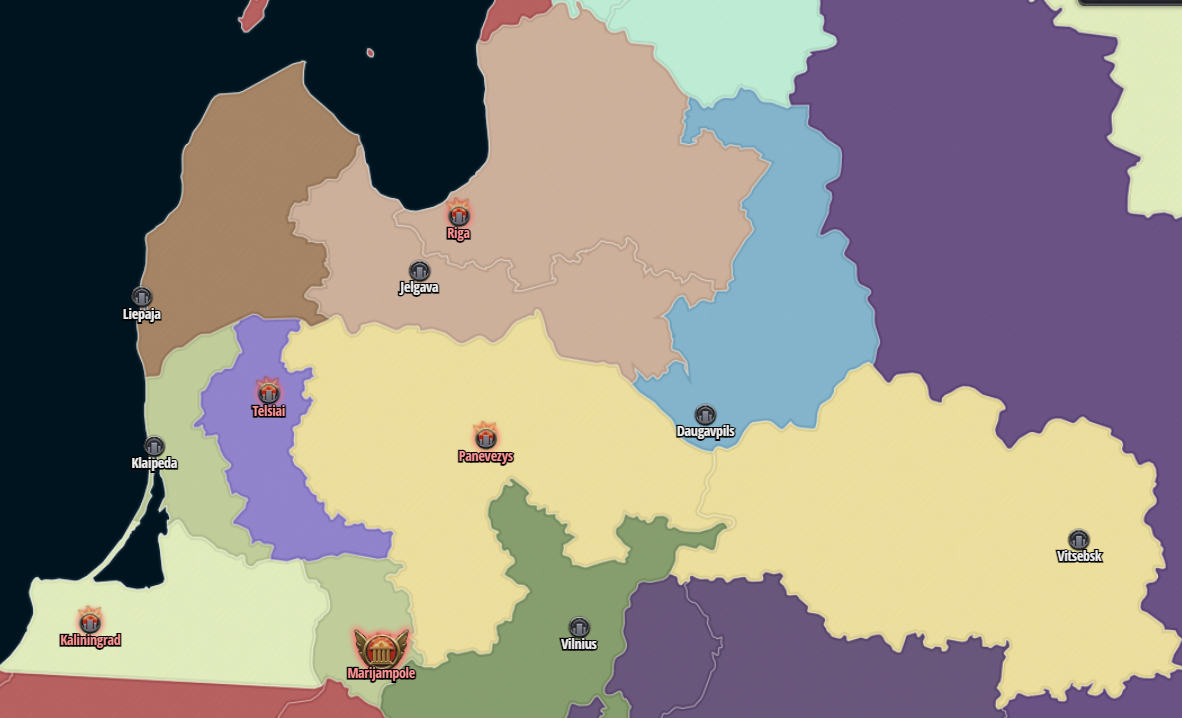 This was the success that gave me hope that maybe we can try something bigger which is more complicated if we coordinate and have a good strategy regarding our laws. And that is why this week we decided to try to focus on Ukraine in order to also release it.

We made a plan/strategy regarding our laws on Sunday late night as we wanted people to start sending the laws on Monday morning. It was a complicated one with some calculated risks and fortunately many of them paid off in the end.

So we have 4 CODE Countries in Ukraine: Chile, Greece, Russia and Bosnia. And all of them have open war with one another so they can cover the regions pretty well. Besides that, Slovenia also had borders from Belarus and Russia core regions with Bosnia, Chile and Croatia were trying to get near the Ukraine border ASAP.

One of the most difficult and more unrealistic tasks was for Romania to AS Russia. Because Chile, Bosnia, Greece and Croatia were able to gain initiative before our AS. And Russia had only 3 regions in Ukraine. The good part was that the UKR rw finished on Monday evening without success so Russia can’t use UKR rw to block a region. So Asteria’s orders starting with Monday were to mess up the RU vs CRO battle with a 2.26 det (Link Battle) to not allow CRO to get near Russia (Ukraine’s Donbas region). Our main focus was air because if we won all air rounds it would have been very hard for Croatia to win this war in time. This plan worked out fine, Croatia did not get in time to North Caucasus in order to use their initiative over Russia. On Tuesday early morning we saw that Chile vs Russia and Bosnia vs Russia were not going in our favor, while Greece already had the initiative on Russia. So we needed to prolong at least one of the previously mentioned battles. And we prolonged both of them successfully so Romania was able to AS Russia in Dnipro. One more thing to add, Russia also had the possibility to gain border with Romania to cancel the Airstrike, but we took all the necessary measures to avoid that if it was required (RW in Vitsebskaya, Belarus).

Another good decision prior to Tuesday morning that will prove to be very important was to queue a RW in Subcarpathia, which was occupied by Greece and where they had an ongoing war with Uruguay - a region which was later released to Uruguay. This allowed Sweden to Airstrike and Peru to queue an attack on Zaporizhia (a region also occupied by Greece), where Greece was not able to raise an Ukrainian rw to partially block/delay.

All the other decisions/laws were pretty safe, except the Serbia airstrike where CODE had an opportunity to block Homelskaya by rw-ing that region.

I will not present all the laws that we sent to CODE countries because the map will look very complicated, but I will present the ones that got approved and which we used to attack or put attacks in queue plus the RW’s that were ongoing in that area. 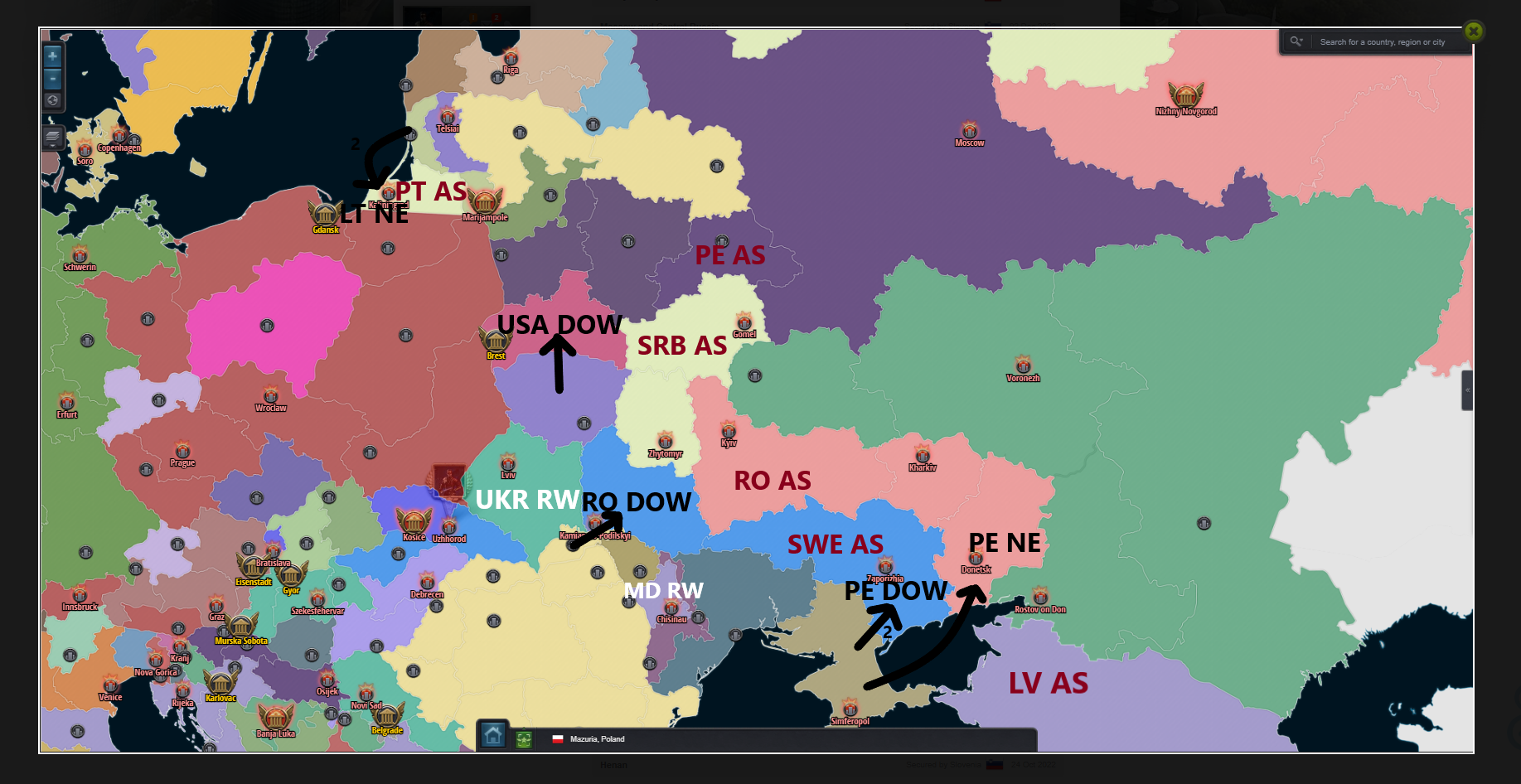 After all these laws, we managed to attack a good number of regions as you can see on the map. The main focus was on the Ukraine and Belarus regions, but we also tried to focus on Kaliningrad with a Portugal AS followed afterwards by a queued attack with NE from Lithuania on Chile. Meanwhile, Moldova RW’ed their last region under CRO occupation. Also, Latvia sent an AS on Croatia in North Caucasus after Croatia took it from Russia. The other ongoing wars in which Asteria was involved at the same time were North Macedonia vs Greece, an airstrike sent by South Korea to USA and Serbia fighting Hungary and Croatia in their cores.

Below I will post all the links of these Asteria vs Code battles that took place on Tuesday morning:


We basically won 9 battles and lost 3 battles, but for two of them we also had a second attack queued in Kaliningrad and Zaporizhia. And I can give you a little spoiler, both of them are going to be won by Asteria after a great display by the countries that attacked these regions first. The third battle that we lost was Latvia vs Croatia, but we expected this one, the main purpose of this battle was to keep Croatia busy and Latvia really exceeded everyone’s expectations.

Below I will post a screenshot with the map on Wednesday morning, the beginning of our next day, Day 5496 in which we can see that Asteria has already made good progress regarding this action. 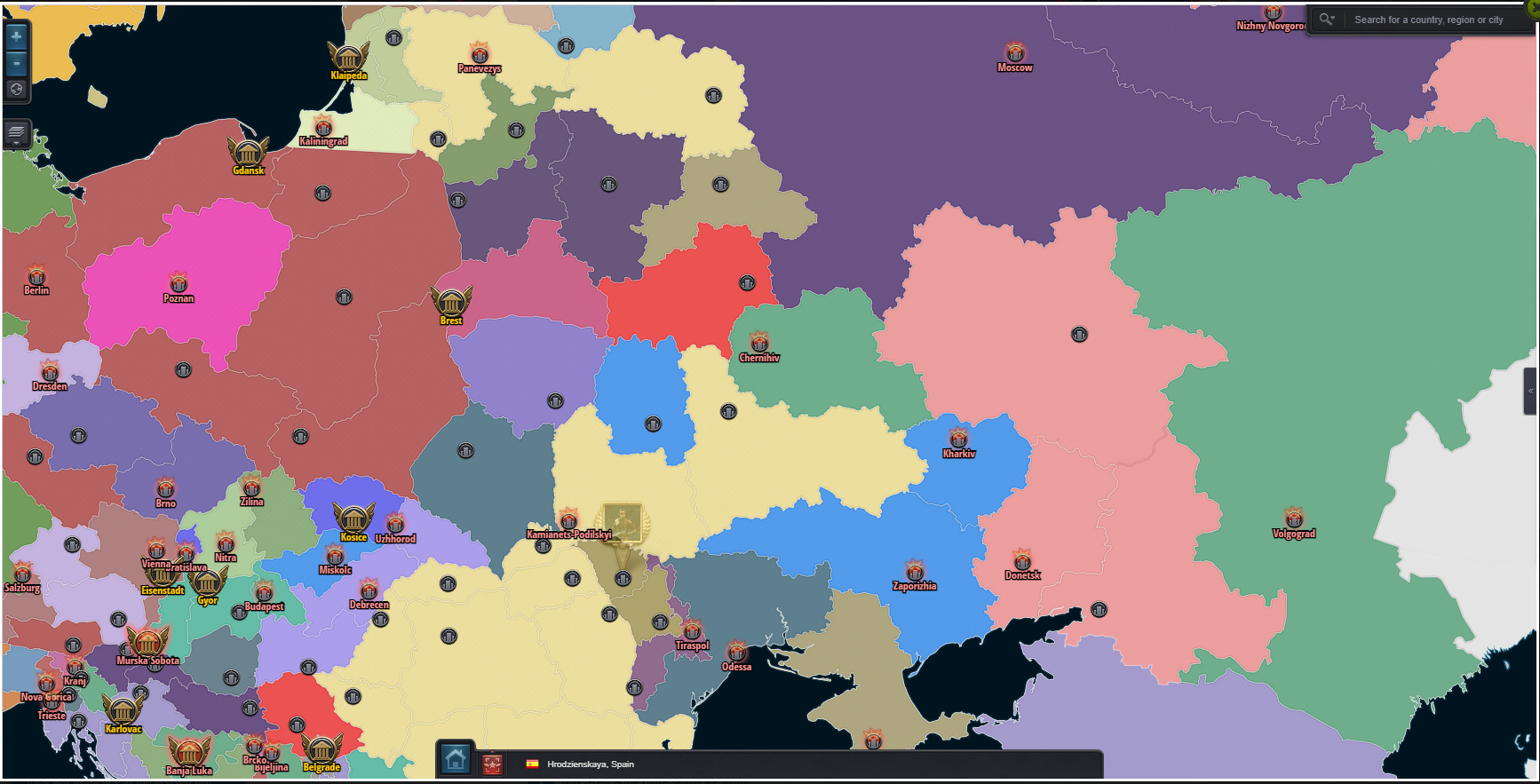 
I want to emphasize again the fact that all Asteria countries involved in this operation were very responsive and we did not have any issue regarding a law that was voted wrong, not according to the orders even though most of them were voted in the last hour before they finished. So thank you all for the good work and I hope that you liked this article. I will be back in a few days with part 2 about what happened on Day 5496 and how our progress looked on the map. 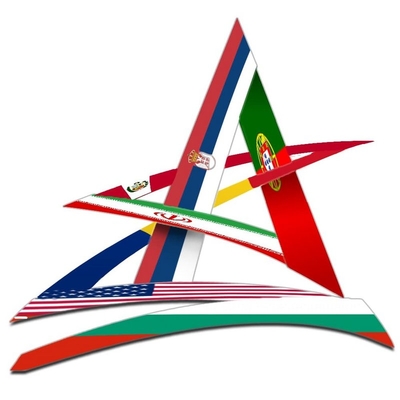 A few months ago, Ukraine did not comply with Asteria's orders.

According to the Statute of Asteria, such behavior leads to automatic expulsion from the alliance!

You must expel Ukraine from Asteria in accordance with the statute!
Otherwise, Serbia will destroy Asteria!

You need to remove them from the alliance or Serbian People's Militia 33 will remove you!

I've banned you for a reason: your opinions... I don't want to hear them. But maybe we keep Ukr just to piss you off. Anyway, Serbia won't do anything to harm Asteria. You're just 1 guy and a frustrated one. No one likes you so please shut up and go talk with your friends, not with me. I don't care about your existence.

You are a nub, crying on Telegram channels, because TW with Serbia is as expensive as real wars.

The Serbian People's Militia 33 will soon strike hard against Romania if Ukraine is not kicked out of Asteria.

What if we make a new alliance called 'Asteria without Serbia' and everyone joins but you ? .. On a serious note, I've never seen a group so feared of losing power and/or control as Serbia in Asteria, to where they constantly complain and create problems in a petty attempt to maintain control.

Source: Me - I run Asteria

you can only remove alcohol from bottle and put yourself there, stupid piece of shit 🙂

PRC pls don't talk to me. I don't care about you. You can disappear tomorrow, I won't even notice. Stop making threats. No one is scared of you. You're nothing!


You can't remember because your head is in the sand like an ostrich.
According to Asteria's order, Serbia was supposed to hold the Donbass region. The Ukrainian government openly ordered Donbas to be conquered, they fired against the orders of Asteria.

Since then, Ukraine and Serbia have not had a training war.

They dug corn in Serbia, now they wash the buttocks of old people in Western Europe and think they are very important.

PRC I work in IT, got BSc in both Math and Computer science and a MA in Management so don't worry, I can manage a decent life, take care of yours and please, but please... don't talk to me again. Ty!

You are a classic Romanian.

You brag that you are a cosmonaut, a pilot, an IT expert, but in fact you are doing what no one in the EU will do.

Erepublik is a wonderful game, it reveals a lot..

can't tell of other ppl I can tell only about me. every country has ppl that wipe the floor and ppl that work in an office. I was lucky enough to access education and got to the highest level. got I nice job that I like and I am in the middle upper class in my country. I'm not rich but not wiping the floors either. I like where I am now and I focus on having a nice quiet life... ro is not perfect, ofc, but I was born here and I like it here. I made it here. I won't move, I don't need to. I wish the best to you too but I see that you are very frustrated... maybe one day you will make it too if you work hard enough. there is nothing wrong of wiping the floor is honest work. better to work legally and get a food on the table for your family than steal. not everyone has the change of education and not everyone is suited to theoretical study. Happens I am good at math and as a consequence I understand computer science. Happens jobs in this areas are well payed now. I am also lucky I will not deny that. Got friends working in accountancy, marketing, sales, they all work as hard as I am and their jobs are as demanding as mine, but I am in a better payed domain is just the luck of the situation nothing more.

Great to see some news - it's been nearly 2 years since the last article.

WE ARE TOP POWER AGAIN!!!

Congrats to all members !!!

Thieves, return the millions you stole from the dry state of Serbia through the Protektor program.

God of The Particle
https://m.erepublik.com/en/citizen/profile/4527953


Your thefts and multi accounts will destroy Asteria

Congratualtions to everyone who participated to this effort.

i love how usa flag seems to be stepped on by every other country except bulgaria in the logo. very good work with the logo, keep it up

or, every country steps on Bulgaria's flag? xD

its still a wrong idea on your behalf tho xd

Nothing about the Swedish failure in Greece?

maybe there is a part two

Will part two arrive within a year? 😂

will arrive in a week. don't remember any Asteria member giving a damn about the newspaper or volunteer to write an article so... how can you make such comments?

You must expel Ukraine from Asteria in accordance with the statute, because it disobeyed Asteria's orders!


Serbia will destroy Asteria if Ukraine stays in Asteria!


Training wars with Serbia will be your nightmare!

Serbia can't destroy sh*t, past 2 years u could not even defeat BiH or Albania 😁 - joke of a country