What cheaters deserves? A BANANA!!

• by B I T E R II
Greetings to eRepublikans

First of all, wish you good month and hope you are safe..

After all this bans from Asteria side for exploited the Deployment bug, (check the article: https://www.erepublik.com/en/article/all-temp-banned-accounts-that-exploited-the-deployment-bug-2731200/1/20) many people started spamming a BANANA in the feeds as a protest of how the admins managed the situation with the Deployment bug.

Many of them "called" this bans as unfair way to punish all this players (around +210) for tanking, getting xp in air & ground, farming cc and gold, for FREE. In my opinion, everyone who used the exploit, Multies & Bots (for auto farm) deserves a permanent ban.
This photo show us how deployment bug worked. It needs a specific series to open your boost to start working. 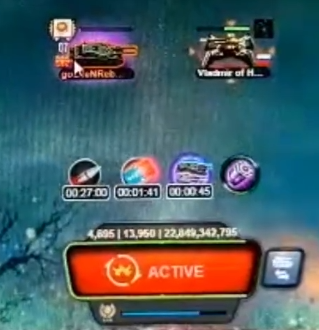 Now, let's go back to Clopoyaur's stream (https://www.twitch.tv/clopoyaur/video/950874555) and watch the interview with iPSiArt.
1) (iPSi) In the first minutes of his interview this guy said "Only the close circle & trusted accounts new about this exploit" (Asteria) & (Hydra)

(What i think) So by my logic all Alliances are not able to learn how this exploit works.. right?

2) (Clopo) You were afraid being something illegal using the exploit?

(iPSi) "The thing was.. we were in a big problem, like most of our countries wiped, we didn't have another choice, it was desperate.. We were using this exploit since November - December 2019.

3) (Clopo) Did you start winning by using the exploit?

(What i think) So, i understand that many countries like Serbia, Bulgaria & Romania have really strong and active communites, but this does not negate all that has been said above.. right?

4) (Clopo) While using this bug, did you ever think to report it, something going wrong?

(iPSi) I didn't in the first days.. but im sure many people did that..

(What i think) Who knows? Maybe yes, maybe not..

5) (Clopo) Did you personally did it? (reporting the bug)

6) (Clopo) After the bug fixed, what was your feeelings, did you think that you will get banned?

(iPSi) To be fair, i was sure that i will be banned, but we had to bring the balance in the game. When both sides are similar levels it was expected to use it (the exploit). He also said that Admins knew about this bug and after they fixed it, they just banned the accounts.

7) (Clopo) Did you expect that temp bans turned into perma?

(iPSi) Definitely, it wasn't expeted. We were using this bug more than a year..

(What i think) So, while people spending money and getting packs, think they deserve everything in this game?

8 ) (Clopo) Do you think Plato, banned this accounts to restore the balance in terms of forces between the Alliances in the game?

9) (Clopo) After this exploit occuried, did you purchase any packs with money?

iPSi also said that, there's many accounts from the other side that did not get ban, hoping someone used it, while in his first comments reported only the closed circle knew that (Asteria) & (Hydra)
What Plato gives to this unfair players for the 1st of April

To the all other fair players i will say, don't get the bait.. they knew what have done

Petition Plato to change the name of the game to:

Admins will never ban Asterian cheaters if someone doesn't reveal the secret to everyone...

Ahaha probably they have discovered and are using another bug still no one else knows.


in the picture goldenn from macedonia, 2x permanently banned for cheating

also that was a very good article about the recent wave of bans to the people who exploited the bug for their own personal benefit...

It's pathetic if any of the accounts using the exploit are still around.

And I just can't believe how something like this has not been found out immediately after someone has used it. Numbers don't lie.

This is what surprise me the most. this game has 13 years, didnt they set up some alarms? i was admin of a small spanish game like 15 years ago and they had a ton of traps in the code that highlighted players with unusual behavior, like fucking tanking 30 million in an air round lol. Did no one check the amount of EB spent by the guy? really?

Yes. Allow them to cheat first, ban them second, after a year and half.

Amazing logic biter. These admins are great and work for the community. Keep up.

The way the admins handled this thing was the worst possible way.

I didn't say thst admins are perfect, but they bans are fine.

"as a protest of how the admins managed the situation with the Deployment bug." - your own words.

In case you change your mind and / or edit.

I don't understand what are you talking about? If you read the article, im against all users that used this exploit (both sides), having multies etc etc.. But as you can see only Asteria & Hydra used this Deployment bug. Maybe in the future we will see perma bans from CODE side, who knows?

Banana IS a protest of how the admins managed the situation.

And I'm telling to this users - "protests" that cheaters deserves a banana, not the Plato one.
As you know, everyone who using a 3rd part of script, it's on your own risk.

Well, I'm not sure I'll notice.

Banana has been also used as a symbol of the banwave by numerous players no matter if they are for, aganst or neutral about admin judgment. Anyway, I agree with your notes 🙂

Erm btw can u guys comment on my article https://www.erepublik.com/en/article/2732558

There was not a single thing wrong with that
.
.
.
.
Until asteria took over the train, and suddenly it was the most wrong feature of the game, so they fixed it asap
Thank you considerate admins

The game is still full of cheaters. The unfair is not all of them are banned.

Of course, but we ask for justice o7!

(iPSi) Definitely, it wasn't expeted. We were using this bug more than a year..

Uhm, why you don't write also a tiket to ban people which buy-sell accounts?

I never used a cheat and I don't cry for banned people but is ridiculous when you sell accounts and talk about this.

Hmm, so you say I have Multies and I sell them to people, am I right ?
Please Admins, give me perma ban for having Multies. 😂

I cry? Let's say I'm crying, but yes I want Admins give a perma to all cheaters. Do you believe this must not happen?

I don't say you have multies and I don't expect that plato ban multies owners i just say that you talk about "truth" and you sell accounts, I am not sure this is your original account.

I don't know how much accounts you sold but I saw you selling, so...you are a cheater to, a different one but still a cheater.

How is it possible to sell accounts while are not mine? Weird things ....

Anyway, wasted time, have a good day, the most important thing is that admins should investigate and decide things, not us.

TONS OF BANANAS FOR ALL CHEATERS.NO MERCY.

"The thing was.. we were in a big problem, like most of our countries wiped, we didn't have another choice, it was desperate.."
CODE wiped because of this cheat more than one year. We are desperate too.

"To be fair, i was sure that i will be banned, but we had to bring the balance in the game." What balance? With this exploit you wiped almost all of Code countries. Its not balance, its just "your balance".

This cheat greatly unbalanced the game, and this disturbances are they are still present. The Code countries cant earn resources in the resource war, because they are wiped and doesnt have battles to earn domination points. This problem are there present, and just a new resource war can resolve this problem.

CODE countries knew that something is going wrong, because when you spend tons of money, it's not "possible" to lose. What was the resutls? Greece or Turkey or other countries left the game because of this unfair exploit. Anyway, if CODE used this exploit i prefer their bans too..