[Foreign Affairs] Peace is not an option!

It's been a while since our last chat as the diplomatic situation in and around Ireland has undergone some major changes these past weeks.

When we last left you our nation had undertaken a mission to try secure our fraternal enemies in the UK a region for congress and incurred a Bulgarian Airstrike that strangely landed in Finland and petered out.

Not to be deterred, we spoke with our friends in South Africa about letting UK RW a region (Wales) they held that was protected and out of the way of the CODE Vs Asteria bloodletting up in Northern England and they kindly agreed to let this happen.

That conversation 'may of leaked' to some UKers who were then able to garner the 10 players needed to support it and (with only a minimum amount of Irish help) they were back on the map and set for a 10 seat congress.

As they behaved themselves during the period of time needed to pass all the time-checks necessary for congress (0200H 23rd, 0000H 25th and 0000H 27th) we stalled our wipe of them long enough for a 10 seat UK congress to be formed.

Having made such a solid signal that we did not hold them in disregard and did not wish to see their community eliminated, we once again attempted to extend our hand out to the UK to try end the war they had started. 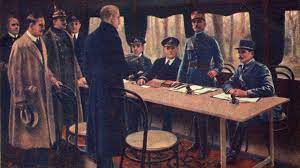 Representatives from Ireland, Finland, South Africa and France invited the UK to send a representative of their own to a telegram meeting chaired by Ali Might.

The Spanish were also invited to send an observer as an interested party to the talks (concessions in NEoE and Yorkshire) and on the 24th we began talks on the arrival of UK Country President Huey George.

Terms were offered by Ireland - (Northern Ireland for 2 months, Cash paid back only at end of 2 months & only if UK kept its word this time, No Training War with UK).

The dispensation of other UK regions for new TW's for them (regions usually given up by the UK for TW's) and a return of the concession regions were offered up as part of a general solution.

UK were asked to respond by the 30th after some clarifications.


We reached 'by the 30th' without response but the channel remained open for a few additional hours as UK is known to be somewhat of a tardy nation and eventually they responded.

The UK position has not much changed from their previous (and quite hilarious) offer they made some weeks ago i.e a worse deal then Romania offered us when we were wiped and embargoed for over 3 months!


The talks thus closed without resolution and whilst the war is in an inactive stage we are still very much forced into continuing hostilities with the UK. 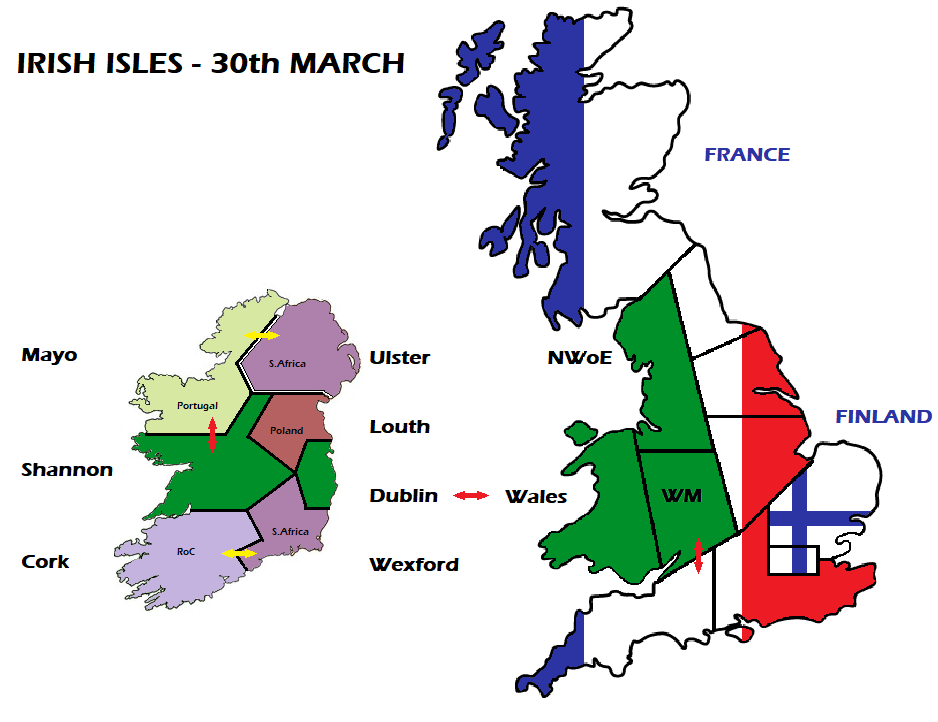 So as we enter the last week of the current Nerusia term, what can we expect?


- Potential new visitors to the Irish Isles
- A new TW partner in our cores
- A month of no talks and increasingly hostility from the presumed new UK CP.

still cant belief they didnt just let us have the useless region. but guess colonialism

still prevail in their minds

Why do you need it if it is useless?

we are not whole without it.

come on the history of colonialism always had the same pattern in many country. find the best region. declare it a british colony. send in the settlers. decree it unlawful for the natives to own land. establish such a large majority in a colony that you win elections. export all their products to brittian. and import a lot of products from Brittain.

So it isn't useless.

I'm not RL Brit, so colonialism whatever...

it has sentimental value to the irish but for the british it is reminder of their colonial past and has zero value in game. as it is a 0 resource region.

So you are saying it has some kind of emotional value to both sides, nothing of game related impotance?

? you still kindle fond memories of when you where colonialist and invented stuff like concentration camps and had millions die under your watch. damnit at least ze germans moved on.

its a game and its important to us. enough said. now hand us our region or face the consequences.

"It is a game and it is important to us", the same argument can be used by UK players, so I'm not sure why you re in disbelief...

we allowed you congress? perhaps that was a mistake.

It's value lies in that it provides a Ireland-UK border.

A couple of months ago the UK tried to use that to impinge on our internal TW's and when refused attempted to cry to Asteria and then started making threats and insults.

Ireland never attempted to do the same and at each stage has offered the UK many chances to 'get out whilst ahead' and even risked her own safety to give them a congress.

The Irish position is therefore to not let the UK have a border with any of our core regions until they can be shown to behave in a decent manner (by living up to a treaty for example) and only then would we be content to have UK sitting in Northern Ireland and Wales.