Hello Iran (and the World, if World still remembers :D )

...allright, how did this journalism thing work, it is such a long time...

Greetings, fellow Iranians and citizens of the world!

in last few days, an important piece of eRepublik history has been in making, which will not be fondly remember by vast majority of players.

On one side, we have accounts being banned for something that happened more than a year ago (and here I was complaining once, that Plato takes three weeks to read my ticket... apparently he could take three years as well). I will leave the eternal debate about the justification of bans to actual politicians and world celebrities. I have my personal opinion on this ("Admin should ban himself in the first place" is the main point of it), but nobody probably cares 😛.

On other side, we have accounts, that had been spending real-life money to achieve something, that could have been done by using some bug or exploit. That is certainly not a good thing, and I would be honestly angry, if that happened to me. Fortunately, it wont, because these "clicker-games" certainly do not deserve any cent of my money, especially when there are much better games to enjoy, who would actually deserve it far more (like Crusader Kings or smth 😃 )

In all of this madness and drama of the last few days, the unforseen events and consequences accidentally caused me, a retired world politician (okay, "world" politician, I was never really that important, but check my Wiki, it is really long 😛 ), to get into Iranian Congress. Now, from what I have understood, that basically never happens, and some people are going extremely wild about this topic from Day 1 (all while it took me 2 days to actually realize I am in Congress and another 2 days to find out the reason for it). Yay to me, finally making history for once. And without even trying. Maaaaan, I should have joined Iran much sooner!

Now I could go on and on about what I think about all of this attention ("Keep it coming, I actually like this a lot!"), but I am just a tiny little cog in a large mechanism called "Iran". And this machine will function and prosper only, when all cogs work together in balance. So when some cogs decide to suddenly rotate the opposite way, or some mishaps happen between them, the mechanism will stop working, and it will get broken easily by hostile and malevolent code.

(Think about this metaphor deeply, it took me like 10 minutes to think about, and I am really proud on it, even though it is probably stupid 😛 )

And now with this nonsense away, let's get to the important part. Let's use this unfortunate moment to learn more about each other, and about your culture 🙂 . I understand people being afraid of foreign things (or dentists... or foreign dentists, ughhhhh!!!!!!), so I will try to make myself less foreign to you.

So hi there - my name is Frank, I am... something between 25 and 30 years old (I try to forget my age every day), I am living in Czech Republic (also known as Czechia, but do not use that word around me 😛 ) and I work at nuclear power plant ( 😶 😶 ). From what I gather, Islamic law is quite strict on some meals not being allowed to be eaten, so I will avoid listing some of my favourite foods here... but I think none of you would refuse one of my latest inventions in the kitchen, which fits perfectly with these newspaper dividers: 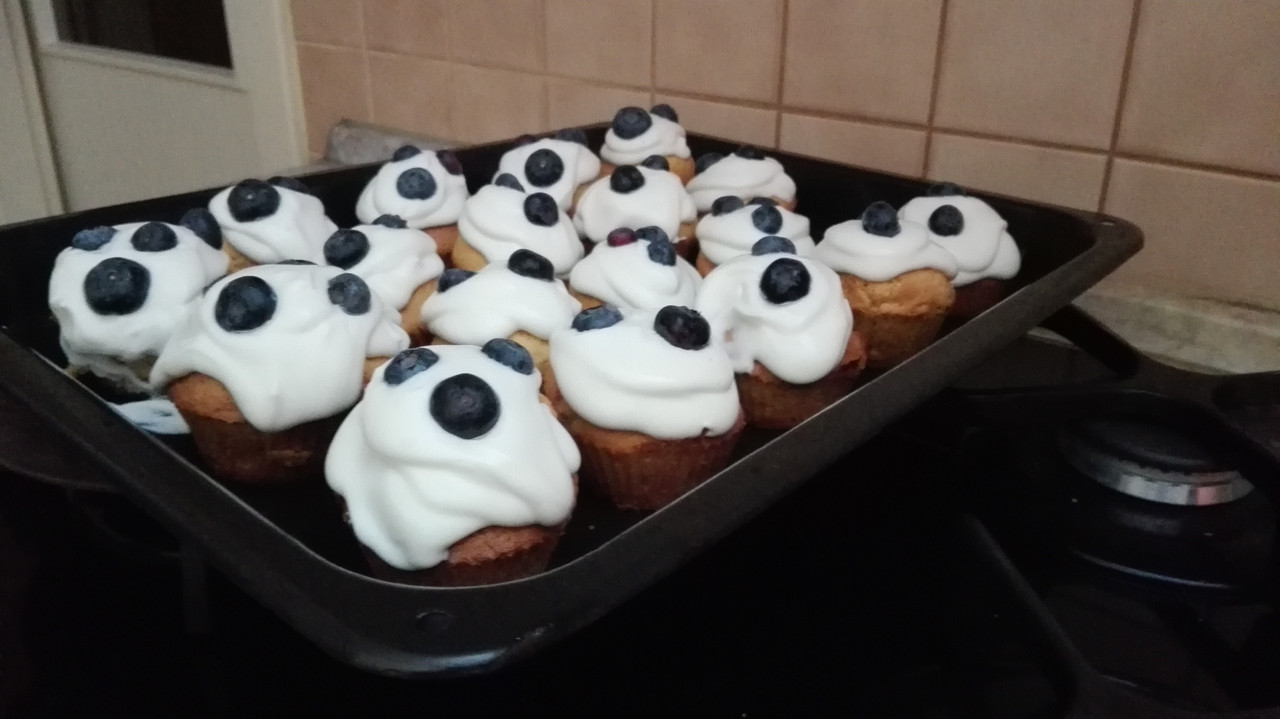 So hopefully this article served as a little icebreaker between us. Or reminder for some people from my past, that I am still not dead yet. In these difficult times, both eRep and RL, one can never be sure... :/

Either way, I wish you all a good day, and hopefully this article wont be my last (again 😃 )!

Dont worry Iran, he is good guy you can trust 🙂

Have not released one in ages, so that is quite likely to happen 😃

Best wishes for you

Iran are lucky to have you ❤


best wishes and tell me the meaning of janty f

I can only do cupcakes, cookies look too difficult for me... for now atleast 😃 !

Good luck my friend.
@Iran This one is a keeper 😬

Dear Frank,
We are happy to have you in our band, and I have to say, when I first read your article I thought you are from England or some English-speaking country; this is due to your extremely good English, not only you have written in perfect grammer, but also you have used so mamy English treats to make your article exciting to read.
In the end I want to say that I'm willing to work side by side of you and learn things from you and your culture.
God I really love Czech people and country, such famous beers you make ...
And Prague, those bridges over the river in Prague... stone-paved side walks ...
I wish I could someday go on a trip to Prague.

Thank you a lot!

If you ever get to Czech Republic one day, I can give some recommendations outside of Prague as well. Or recommendations for good beer, though that will be very easy to do, as most of them are good 😃 😃 !

Hey there!
My name is Malek 😁 Don't hesitate to contact me for any reason, I'm a good listener and as an old servant of Iranian forums, would easily clear any misunderstanding among us all 😁 As a proof, check my latest 2nd article, you were mentioned there (https://www.erepublik.com/en/article/left-to-be-unheard--2730183/1/20) 😋

however it's in Persian so maybe seems messy to you and probably you will have difficulty finding yourself there 😂
I remember you verywell, specially based on your artices. 😁

Malek I'm still waiting to be on one of your articles 😁)

I'll make you the Empress!

Do not undersstand that article at all, but the face of that character I see there fits me perfectly 😃 !

Now i want some muffins...

Iran never had a foreign president either,
You have already broken the congressman record, let's break the presidency record too

Very nice read JantyF, I wish you a real good time in Persia! 🙂