Good morning America. Even this short month has reached the last day and I publish here the article showing the American population in eRepublik. The first graphic represents the active citizens registered day by day: 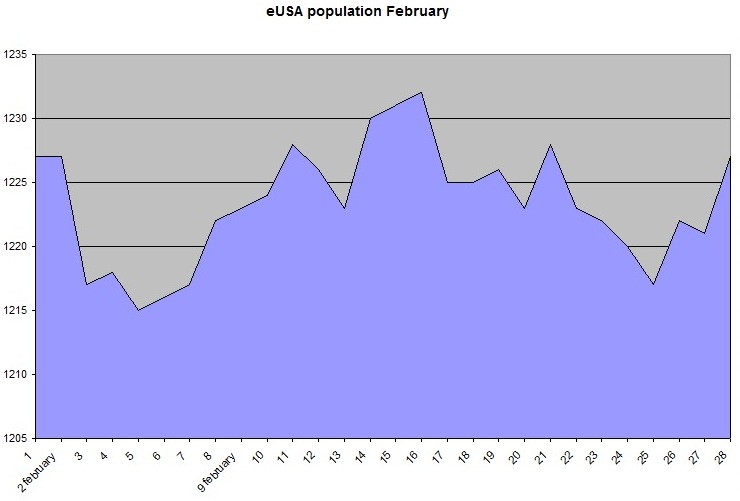 The month was really quiet.

The next graphic compares the average monthly population calculated in the last year and half of the game: 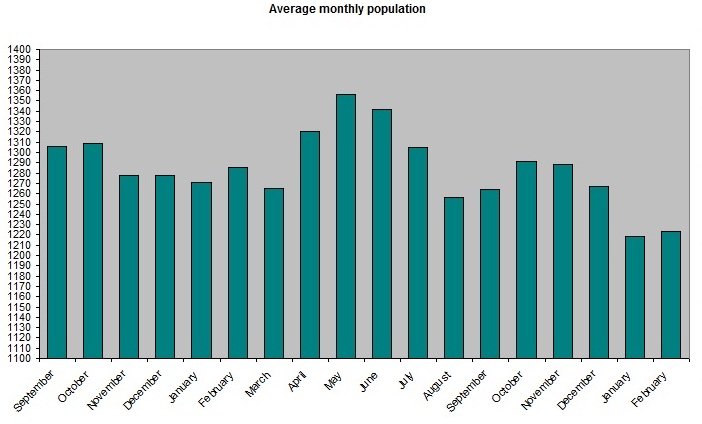 Like January, even February had almost the lowest average population of all time: it counts around 35 citizens less than the other low months of the year.

This graphic shows the percentage of Americans in the world :

The last month does not show big differences from January and December: American citizens are still around the 3 % of the worldwide population in eRepublik.

This graphic shows the USA population in the last 18 months: 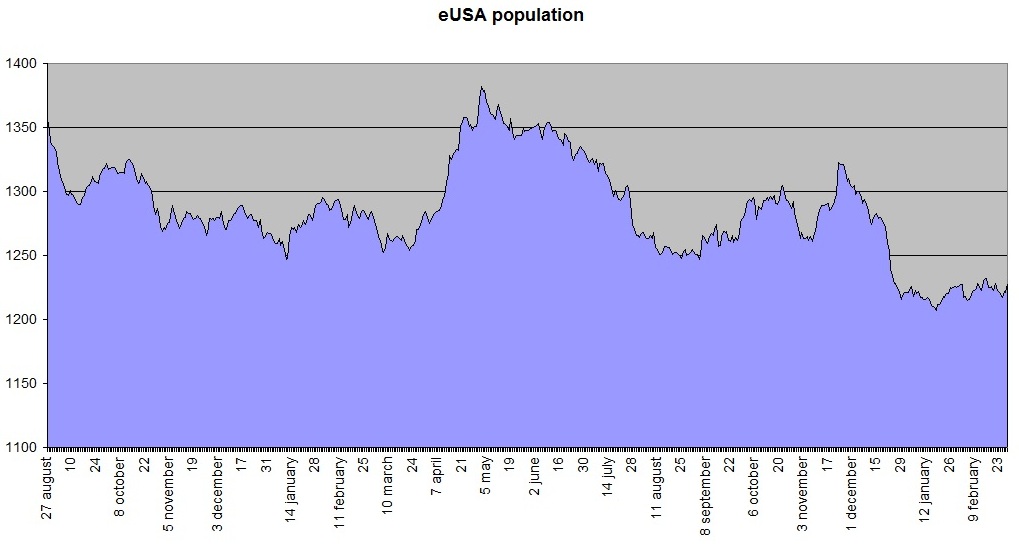 And at last I put the usual graphic about the votes in Presidential and Congress elections of eUSA, compared to total active citizens. 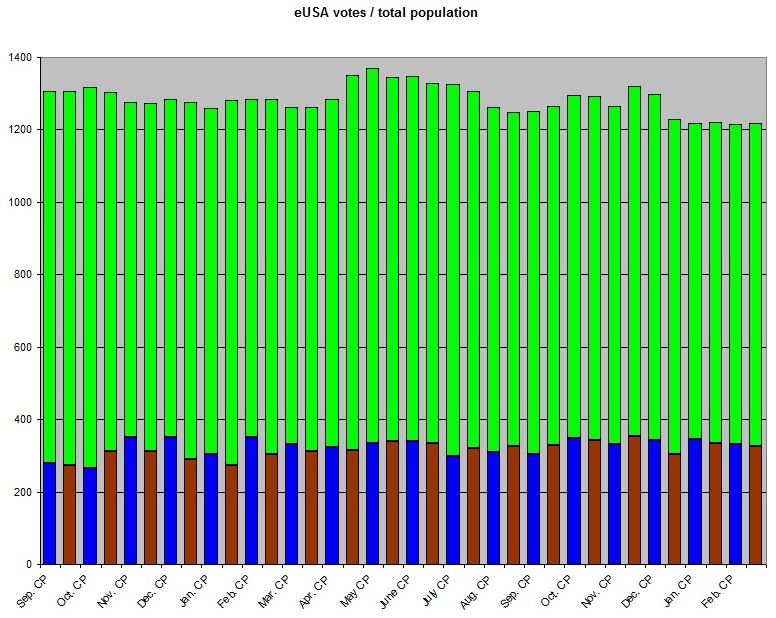 Votes for presidents are in dark blue, votes for congress are in red, and the rest of light green bar represents the quantity of “active” citizens that did not casted a vote.
In February, 332 people of 1215 voted for President, and 325 of 1217 voted for Congress.
In percentage the votes are 27 % , pratically the same of January.

It’s still too early to see the changes due to the deployment patch and the mass ban effect: everything in my paper has practically 1 month of delay, but I think in the end of March we could see something different here!

Thanks for reading, I hope you read everything, as she did. 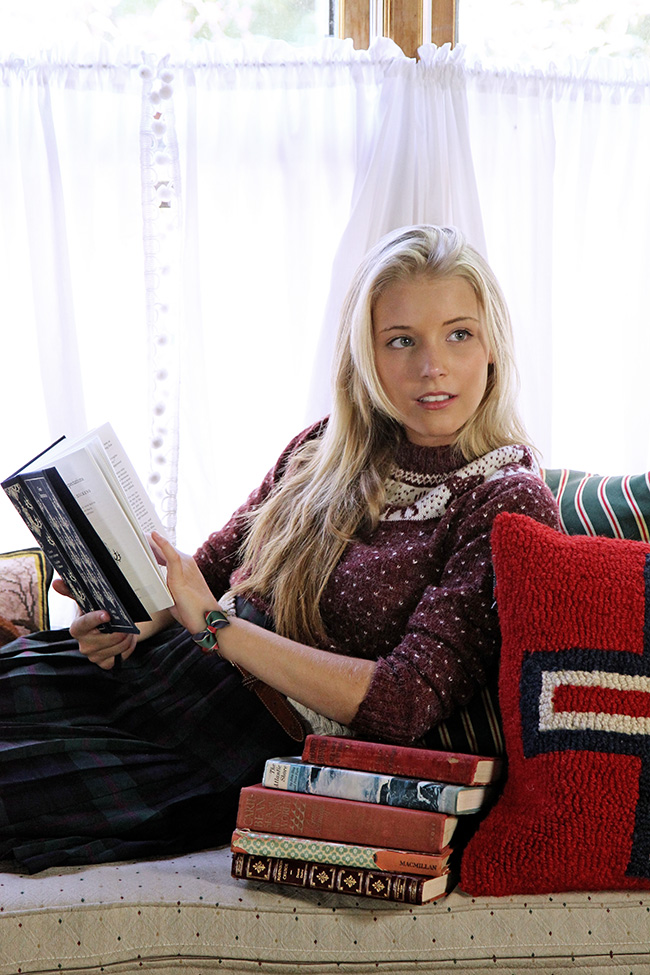 I always look forward to this. Thank you.

why no endorsement then?

that's your garage not mine

That too? I'm losing track

I understand, with all the account swapping you got going on and having conversations with one player via several accounts can/could get confusing ...

Read with pleasure, thank you.

Great as always! It will be interesting to see next month the amount of casualties the deployment issue may cause, seeing as it takes 30 days for accts to die...

this is such a helpful and informative article, bravo man!
also i like the beautiful girl with the books, she's so pretty...

all in all, good work, keep it up!

Required reading, informative as ever.

Quite a noticeable drop around the holiday season in late 2020, from which it seems there's been little (if any) recovery. Thoughts?

Looking forward to next month's article. Thanks Mister Y!

I don't expect any recovery, sadly. But we may have a surprise? Who knows?