• by Bank of England

The eUK has 12 regions, which is great for hosting training wars with allies while offering citizens fantastic domestic opportunity to produce and sell products/raw materials.

However it is important to let new citizens know which our economic regions are - those that are safe to establish holdings in as the Government ensures continuous production in them.

This Government support pending Congressional approval comes in the form of the... 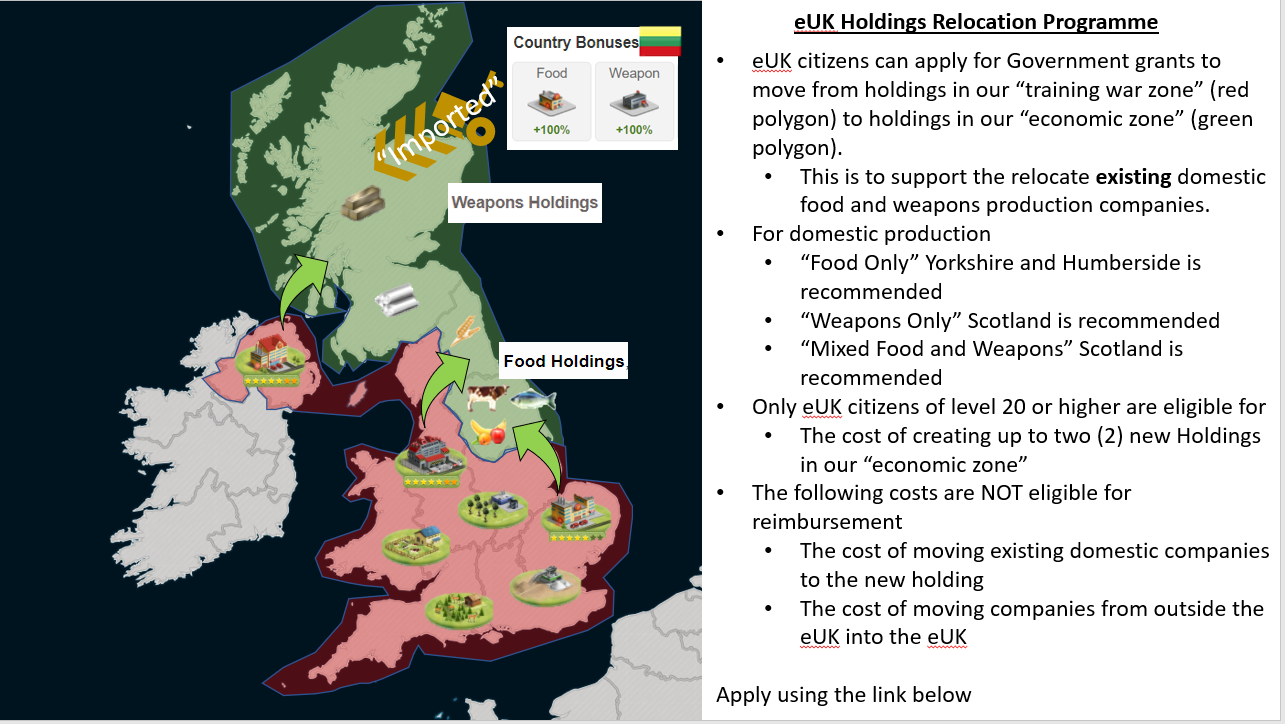 For any questions or further support required, please don't hesitate to send a message

Published by the Ministry of Finance

You have my support

I support this proposal o7

- That's the kind of thing that should be mentioned in the Welcoming Message [Beg your pardon if it already is], would save the government a few quid

- That being said, be smart and come live in Scotland 🇸🇨 The happiest place on Earth 😃

I can see why you wouldn't want to move any foreign based food companies into the food region as the bonuses aren't the best when considering the recoup of cc to the national treasury but why wouldn't you want to move weapon companies from abroad into Scotland if maximising UK income isn't your goal?

If it isn't then you should be relocating companies away from the UK to free up Scotland for TW use as it's the singular best region UK has on paper for that.