[EN]
Greetings to All Erepublik Citizens all over the world! Deeply wish everybody a great time!
Everything began at the 13th anniversary of Erepublik when Admin released the latest air skin; when that photo was seen worldwide, almost everybody made fun of the design and was surprised and kind of disappointed! It seemed to everybody as if the default skin was zoomed IN!
Such reactions finally brought me to the point that I decided to search who has designed the so-called Erepublik aircrafts and what is behind it. In fact I looked for the idea behind the issue.
In this article I try to discuss the aerial skins; there has been a large amount of discussion about this issue and on the contrary to what everybody said, these skins are originated from the real world and there is HISTORY behind it.
Some of these aircrafts like the latest which was released on the 13th Erepublik anniversary did not receive acceptable public attention and the point is that all these aircrafts were all designed and manufactured by powerful countries in the field of arms industry over time and were added to the Erepublik world gradually by the Admin team.

So let’s begin with a little history!
On July 20, 2016 admin unveiled the air module with a default skin which in fact did not have a certain name;
. .
This skin -which everybody was unhappy about- is a drone (unmanned aerial vehicle abbreviated as UAV) with high capabilities in aerial and electronic war: “MQ9 REAPER”… Made in the USA… which was designed and produced between 2001 and 2007; Admin Ironically meant that the players are NOT still good pilots; should sit in the operation room and enjoy the handling. This beast could carry a 1700-kg load of bombs and depending on the fuel, a flight range of 14-49 hours was supported. This drone has fulfilled 33000 hours of operation. It’s 11 meters long and weighs about 2 Tons; with a maximum speed of 482 Km/h.
. .
The interesting mistake about the default initial air skin is that admin-modified MQ9 drone –like no other plane or drone in the world- doesn’t have a rear-right wing; such a thing makes fun of all the aerodynamics. The reason behind this mistake is that all drones have a vertical stabilizer between its rear wings and this has led the admin team make the visual error as if one side lacks wing!
.

The second aerial skin which had a brilliantly beautiful design was released 16 months later on the 10th Erepublik anniversary on November, 21, 2017. Named as “Ghost Wing”,it was added to the anniversary weekly challenge awards; all the air war fans were surprised and the requirement was 60000 prestige points in the weekly challenge.
. .
As you may know, this skin is in fact a 4th generation “F-16 Falcon” fighter; an interceptor and bomber supersonic aircraft; with the biggest number built between all products of the aerial arms industry. As one of the best multi-role fighter aircrafts.
. .
It was revealed in 1974 by the United States and its modified versions are STILL under production and this favorite nostalgia is currently under operation in almost 25 countries. The Shah* of Iran ordered 176 of this aircraft to the USA but this contract was cancelled as the 1979 revolution happened and the 76 aircrafts –produced to be delivered to Iran- where then delivered to Israel. It was designed and optimized for combat at speeds of Mach* 2 with an operational range of 630-3500 Kilometers depending on the usage of bombs; seems the admin team has proposed a beautiful interceptor to the players.
. The 3rd skin was called “ER-11 Skycutter” and was revealed on the 11th Erepublik anniversary on November, 19, 2018 by the admin in the weekly challenge and received public attention from players, as so many aerial players are still using it. The specifications of this giant aircraft may be a good reason for this popularity; citizens had to reach 60500 weekly challenge prestige points to achieve this advanced fighter.
. .
This skin was in fact the “Sukhoi Su-57 Pak Fa” which was a 5th generation super-advanced interceptor fighter. The project was managed by the Russian defense ministry in 2002 to compete with its rival: “Lockheed Martin F-22 Raptor”. This project was planned to be done cooperatively with India, but the secrecy put on by Russia made India disappointed of cooperation; eventually with a decade of delay from the release of F-22, the Pak Fa was delivered to the Russian Air Force and was under operation. Length of Pak Fa is 19.8 meters and powerful radars are located on the nose, tail and the wings and range of these radars are still kept secret. There are two bulges at the front and back of the cockpit and a super advanced Infra-Red system which makes way for a smooth hidden operation against enemy.
. .
With a range of 3500 Kilometers and speed of Mach 2.3 and such a brilliant design, it is on the aircrafts hall of fame. Maybe the reason for being chosen for the 11th anniversary is the specification and appearance of this aircraft. The theme and colors indicate that the admin team have copied the initial pilot models of Pak Fa; the fact is that in real world, more efficient and beautiful versions of this aircraft have been modified and produced compared to the initial models.
. .
This aircraft is officially nicknamed Berkut in real world and is of the 4th generation of fighters; considered as a leap from Russians to the 5th generation. Designing was started in 1997; only one prototype was produced and the photo you see is the only Su-47 in the world.
.

.
The question is that –as all aircrafts in the game are similar to their real-world counterparts- then why this one is golden instead of the black color of real model. This is the answer: Berkut in Russian means Golden Eagle and maybe admin has painted it so to reflect the reality. A distinguishing feature of the aircraft was its forward-swept wing that gave the aircraft excellent agility and maneuverability. Russians announced that Su-47 is more agile than any western aircraft. In the year 2002, While serial production of the type never materialized, the sole aircraft produced was announced as a technology demonstrator prototype for a number of advanced technologies later used in the 4.5 generation fighter Su-35 and current fifth-generation jet fighter Su-57. This aircraft with length of 15 meters, operational range of 3300 kilometers and speed of Mach 1.6, has been retired in the recent years; in fact never seen operational, the interesting point is that by being used in the erepublik army, it will be always remembered; at least by the players.
. And finally the most controversial skin was proposed by admin on the 13th anniversary on 01.12.2020 which was named “SR-13A LIBERTY”. A storm of critics was focused on the appearance of this skin. Again I should say that this is not result of creativity; the real world counterpart had inspired the designing team. It was a really strong aircraft and players needed 80000 prestige points in the weekly challenge to achieve it.
.

.
Those who are against this skin, better get familiar with the exclusive specs of this aircraft:”A-10 Thunderbolt” which is made in the USA and the US army has it under operation since 1972.
.

.
Although it can be good at air-to-air wars, its mains specs and task is to protect and support ground forces against enemy armored vehicles, fortress and tanks. It is in fact a sub-sonic aircraft. This aircraft also performs reconnaissance operations and the search for lost soldiers.
The main task of A-10 is to eliminate enemy tanks. This aircraft is strong and less vulnerable against air defense systems and for this purpose, the engines are located on the top for getting less damaged by the antiaircraft systems. Its flat wings lets it fly with the least altitude. On the tip, A-10 has a 30-mm Gatling gun which is considered as the most powerful war canon between fighter aircrafts. It can take-off easily from unstabilized soil runways and has light wings which can be easily replaced if damaged.
With the night vision system, it can operate in the dark. Such specs have made this aircraft still under operation. It has had various successful missions and LET US be happy that admin has let A-10 Thunderbolt in the Erepublik world. The point about the skin is that a Soviet red star has been added to the USA aircraft. Existence of such an airplane is a promising sign that the air and ground wars will be happening simultaneously; making everything more similar to the real world.
. As you see, all the air skins that have been revealed in different Erepublik anniversaries, are somewhat inspired by real world aircrafts. Up to now, two fighters from the east bloc and three fighters from the west bloc have been released.
With the specs and explanations you read above, every year admin proposes a new different aircraft to cover all the tastes! If you have any point on the design of these aircrafts, then tell it to the manufacturing company; the admin is not the main designer.
I guess you did not know many parts of the above information and this may make you excitedly wait for the next surprise by admin….

* Shah in Persian means King and it was the internationally-used title of the last Iranian monarch whose term was finished as the 1979 revolution occurred.
* Supersonic speed is the speed of an object that exceeds the speed of sound (Mach 1). For objects traveling in dry air of a temperature of 20 °C (68 °F) at sea level, this speed is approximately 343.2 m/s (1,126 ft/s; 768 mph; 667.1 kn; 1,236 km/h).
.
At the intersection of sky and sea … and not any sea … the forever Persian Gulf, to more victories!
.
Best Regards,
Captain of Persian Gulf,
J u m o n g 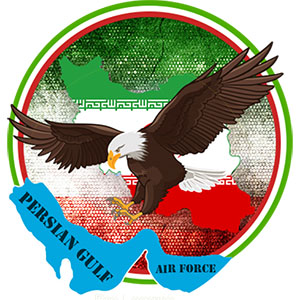 At the intersection of sky and sea … and not any sea … the forever Persian Gulf, to more victories!

I have lvl+100 and wing commander rank and still I play with a drone!
I deserve a FRRE F14 at least PLATO

rear wing should change to Tail

If they would sell skins that would be great,, I would buy them.

Unfortunately it's not possible

Wow, that Arabic language is really crazy. Do you use international keyboard?

It's Persian, not Arabic.