What's in a game? 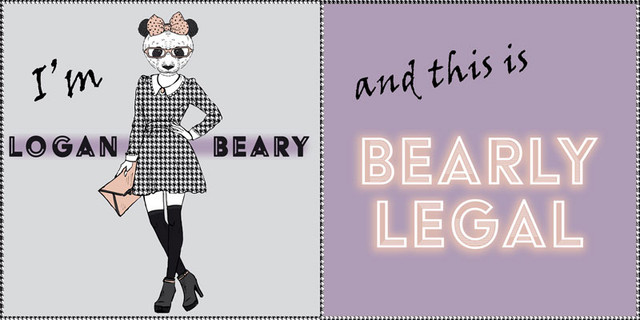 I’m a new player, at least compared to all of you. It’s rare… I know! But I’ve been playing the game for less than a year now. And I know what question you want to ask…. Is this adorably fashionable bear just someone’s bot? I promise you… I’m way too cute to be a bot.

I joined eRepublik because a friend of mine had been playing the game for awhile and suggested it might be fun.

I was pretty lost in the mechanics of the game initially. I imagine you can empathize with that feeling from some point in your eRep journey, even if it was a long time ago. But as time has passed, I’ve figured out (at least to a small degree) some of how the game works. I know I’m not as lost as I once was. I actually made it through the amazing journey on my own with what (I thought) were good results. I surprised myself, and I like that.

Recently I’ve been thinking about reasons for playing this game. What draws us in and keeps us coming back? I know this game is not increasing in popularity, but some of you will play this game until the very last day it exists. Maybe I’ll be one of those people too. And why is that? As a relatively new player, I realized quickly that unless you put effort into playing and participating, there is not much that will keep you here. The weekly challenge is ok, but for a young player, it’s hard to get past a certain threshold of points each week. I really loved playing the amazing journey because it gave me a chance to earn more gold than I would ever earn in regular play. So why? What is it that keeps me coming back each day to log in?

What I’ve learned so far...


Some people play for the community. I’ve been told that people have found great friends through this game, and I imagine that playing for a long time together would lend itself to developing good friendships. For me, it has felt a little like moving to a new town and attending a new high school for your senior year. Everyone already has their friends and even though people are nice, you’re still the new kid and nobody knows you. Truth be told, I haven’t really put a lot of effort into meeting all of you yet, probably because I’m still figuring out the mechanics of the game. But let’s change that, shall we? Nice to meet you, I’m Logan Beary!


Some people play for the feeling of power. I think there’s something in all of us that wants a little more power over our lives. And there’s something empowering about amassing lots of money and battling other people without any real life consequence. I don’t know much about the military stuff, nor do I claim to be super effective on the battlefield, but I still fight. And I have fun fighting.


Some people play for the drama. Ok, I’ll admit it. I definitely read the media for the drama. It’s probably the reason most people watch trash tv (guilty as charged…). There’s a whole slew of reality shows that aren’t going to watch themselves. There’s something about watching someone else’s drama that makes my life not seem so ridiculously insane. I’m not sure why the drama is so interesting, but it’s juicy and I love it. Now, excuse me while I go make some popcorn and read the latest trolling of Gnilraps…


Some people play for politics. I don’t really get that, because irl I hate politics. I barely even know what’s happening in the real world politically. I do that on purpose. But there is a part of this game that creates the feeling of being a part of working toward a common goal. What I find fascinating is seeing how different these goals are for different people.


Some people play for the anonymity of character. Let’s face it. Not many of us in this game are the same online as we are in real life. Much to everyone’s surprise, I’ll admit I’m not a bear. So what does this anonymity do for me? It offers me a chance to just be. I’m able to be “someone else” for a little while each day. I work in my company. I train. I fight. I read the drama and vote and sub to newspapers. And that makes me a part of something else that is just mine and is separate from the life I live every day. I like that. It’s an escape, and it’s what keeps me coming back each and every day. Some days I just want to be a cute little bear that drives a tank.

So, let’s be friends! Write me some messages. Heck, you can flood me with messages. I’d love it. Tell me about your journey in eRep. I want to know.

I hate that your takeaway from media is trash TV and trolling gnilraps. I'm saddened that you missed the best people and the better part of this game. People who play for the drama need to play something else.

The drama is pervasive, but isn’t it that way everywhere?

Basically what rainy means is she doesnt like you and wants to go back to the "good ol' days". I say continue to do you and have fun

Ah well, we all have our guilty pleasures in life...

There's a rumor such exists.

right up there with "live love laugh" LOL

🙂 glad to see you here

great article!
as a new player myself, i hope more people will publish and voice their opinions just like you do

Sorry you’re always getting trolled, my friend. But it does make for some good drama.

What, and why this happened between Chile and Bulgaria? What about inside Bulgaria? You can see here:


I'll admit it, since my return, I have read a lot of articles just to read up on the drama. So not alone in that. Just usually do not partake in it myself, when possible. xD

For sure. I don’t partake in the drama either. I just like to sit back and watch as other people argue. 🤣

how about as Gnilraps, suggesting VoxHumana https://www.erepublik.com/en/citizen/profile/9578006) to help me with graphics (am an artist why would I want help with graphics?) wanting to play 'nice' I contact Vox (at the time Krapis) and tell him my idea for a series of articles ... I make offer, he replies with utter shat and still refuses to acknowledge his shatting on someone who he claims to 'respect' LOL ...

And IF you are actually not another creation of GnilKrap, do know that whoever is behind Gilraps account created https://www.erepublik.com/en/citizen/profile/9578006 account and admitted to playing said account. But somewhere in Gnil's logic he isn't cheating, he isn't disrespecting anyone ...

and if you disrespect him he will be VERY VERY upset with you ...

plus and religionist comments cannot be anywhere in his presence because of conflicts with activities in RL ...

do I need to draw a picture for better clarity?

Ah, one of my Georges has appeared!

in what way do you think I am yours (as in own)?

in this fake reality that you feel you purchased, with your VISA, you create new accounts to bolster your standing in the community ... and even those you claim to not "own" ...

so how am I yours, please?

Welcome to the New World!

Pretty good article for a newborn 👶 player of eWorld.😊

You had me at barely legal

Welcome! Hope you get more and more involved!

The drama ebbs and flows over the longer term, we've just had a period of a lot of it over the past year. Hopefully you'll find something else to keep you playing when even the 'drama' gets boring (trust me, it does when it's the same people arguing the same tired things over and over.) Anyways, well-written article and glad to have you onboard this train to nowhere with the rest of us hopeless passengers!

"I joined eRepublik because a friend of mine had been playing the game for awhile and suggested it might be fun."

Are they still your friend?

Hahahaha! They are my best friend.