• by Sethesin
*I'd reservations about releasing this but sure it's done now.*

T'is nice to be back. Thanks to Chris for the support.
Some of you may remember me from before.

Twisting spirals, beautiful gold objects and weapons of war. The La Téne style is the name given to art and artifacts created by the La Téne culture, known to us today as the Celts or Celtii by the Romans. Whatever you call them, they were an Iron Age people who lived in Europe circa 450 - 50 BC. They were migratory traders, artisans and warlords. At their highest point, the Celts controlled most of Europe to the Mediterranean and even interior Anatolia. 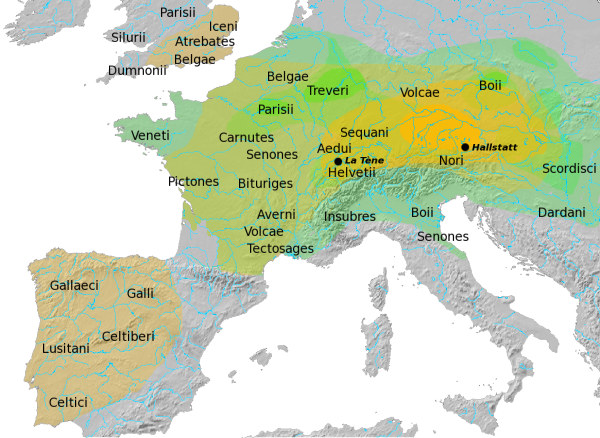 Being a loose confederation of tribes rather than a strict Republic or Empire that grew out of that grand city on the Tiber, they wilted way to the edges of Europe and...

Sorry, there must have been a bad line. *ba, dum, tiss* Well hello there, Sethesin here. Welcome to another Tea with Titans, which has unforgivably become an oddity feature here on the Skald, where I endeavor to interview the movers, the shakers, the warlords and money makers right here on eRepublik!

In this eleventh edition we have a returning guest who has taken the time to talk with us here on the Skald. I'd usually list off an interviewees credentials but you all know him. It's the irrepressible, unrepentant Clown Prince, tef1! 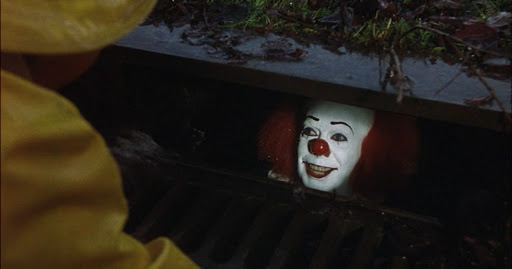 It is fun. This clown loves fun. Now, you expose me to more people, eRepublik is about to be Great Again. #MeRGA.

Q2: What, in your opinion, is eSwitzerland doing right?

Despite our imperfections, we are still a democracy – a non-perfect democracy with a lot of rigging in our elections but still a democracy non the less. Sadly, nothing much good to say. YET, but I will reverse it soon, watch the space. #TefForSwiss

We have political parties with members intending to be dictators. The ARS being the main example in this area. SPP is close second. SFP is the enabler party of the dictators. The Lug party has sadly started kissing the establishment’s behind. The others are irrelevant to discuss. We also need fresh perspective. We have had the same CP for 3 terms – he is such a failure especially in International Relations. In the past 3 years, we probably had 4 or 5 CPs in random order. This is no democracy.

Q4 It seems like you've upset the establishment. Can you describe to the Skald your version of events?

The failed establishment accepted dictator wannabees from elsewhere. I objected. I reported them for being multies. All 7 are now banned. The establishment has been pissed at me ever since. I will admit, I have trolled them with bad Congress laws, articles and threats to name a few. I am a clown after all. I am now banned from Congress discussion board – no biggy, they don’t do nothing anyways while I collect 5 golds every term.

Q5: eSwitzerland is a small nation, small nations need allies. What other eNations would you like to see partnered up with your homeland?

As a former eUS citizen, I hope we have a better relationship with them. Let’s pause for the failed establishment to beg me to go back to eUSA. Ok, next question.

Q6: eRep's drop off in activity is alarming. Is their anything to counter this?

Most definitely. You did the game a big favor by giving me exposure. I am the greatest clown the eWorld has ever seen. The best ever, you hear me.

Q7: The eSwiss Civil war. Can you explain to the Skald what that entails?

Because, the democratic means of getting power is close to zero for me because of the baseless accusations by the establishment, I will start the war to get power. I have 55% of the funds so far. So yall, make it rain guys. Soldiers are needed too. It is scheduled for mid-March. Commander Tef1 needs your money and weapons.

Q8: As the 101st President of eSwizterland, what advice would you give to the next incumbent?

This is the biggest waste of time. They will always do the opposite – these establishment are a lost cause. But I will use reverse psychology and advise them to divide us. They should pass laws that hurts us. They should ruin our International Relations. They should beg bad characters to invade our eNation. (Hopefully, it will not backfire, and they will finally listen to my advice).

Q9: Any thoughts on the current Resource Wars?

If our eNation was united, we would have been better off but the establishment rather focus on banned dictators and silly trolling than what is good for the eNation. It takes two to tango sadly the establishment refused to join me in the ballroom. I am still there.

Q10: We're all out of bodacious babes, anything else you'd like from the bar?

No babes, why am I here then? You promised me bodacious babes. I demand them or else, I will give you a lifetime of Ice Cream – no exceptions. What an outrage!!!!

Well that's all for now ladies and gentlemen. I would like to thank tef1 for taking the time to answer my questions but nothing compares to the truth. He's an idle monster, a fiddler and an out and right treasonous, poisonous traitor within eSwiterland. The gentleman he once was, if ever I met him, is long gone now, replaced now by a compulsive idiot filled with nothing but utter bile. tef1 is a true institution of this game and an example of a player gone wrong. So without further rage on my part it looks like that's all we've got time for, again I'd have to thank my guest, the snake tef1 and yeah, keep it civil in the comments.

Stay tuned to the Skald and if you haven't Subscribed yet... 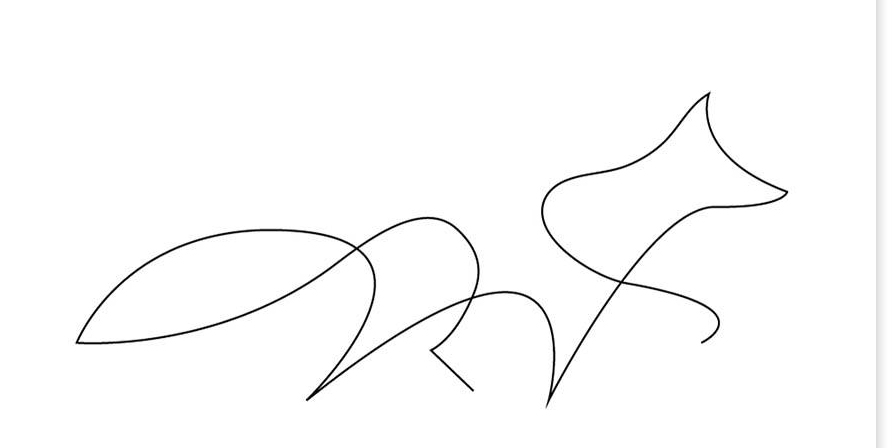 You are an awesome writer !

I gave him all the A material. He could not possibly mess this one up.

Do not give this player funds for his "Civil War"

It might go without saying for the seasoned player but there are odd cases off new, paying players.

I wonder who is the moronic dude who gave me 20k - yes I told you for what it is. So you are just as guity for this as you think I am.

I thought I owed you money or something? Face it tef1, I'm a better clown than you and I'm not even trying. Can you not hear the thin ice cracking beneath your feet?

Just curious, 1. what happened. we were friends? Why did you bother to interview me if you have such low point of view of me?

You will know more, I promise. I am only laying down for a bit to honor Felix. I will be back with banger after banger.

So you'll be getting banged??

It is another term for fun. You are not sophisticated enough to understand it.

Clowns are supposed to be funny. You suck at it!

My kind of clown is supposed to scare the hell out of you - mission accomplished. Everyone here takes #1 whenever I say something.

You are dumb and boring!
Now go f§$% yourself!

tef1 said ''banger'' and ''banged'' in a public article.
teffy will get reported for sexual remarks.
danke

Don't do it Chris, please don't. Let the clown be!

Dont be a perv Chris.

Tbh things are not the same in Switzerland after the sudden demise of Felix Rex in RL.

No worries, I am only laying down for few days in Felix's honor. Things wil be back to normal soon enough, I promise, dont you worry my beloved one.

I already have 630k in the bank so redo the math and I wont do overtime. It should come to March 11.

Screenshot or it is another of your lies!

FULL SCREEN SCREENSHOT, SO WE CAN SEE EVERYTHING, LIAR!
Take a look at mine: this is how it's done!

Full screenshot with date on top!

Is it so hard to understand, clown??

I cant believe I wasted my time for you. Watch and learn on March 11.

This is the second best article you ever wrote - I still prefer the first article you did with me. This one is more informative than fun. The other one was pure comedic gold.

Thanks for the opportunity to express myself to a larger audience. I appreciate this so much.

Tef, you're an absolute idiot!

Aww, how sweet of you to give me a chance to report you.

I guess we are about to experience another eDeath - thankfully, this one is fake one.

Now, talk to the hand!

thats another great article of yours, seth!
as always, im happy to talk with you, and i am very happy to have you in here.

you are a good person and your articles/posts are a real treat in here.

first of all, i liked how you analysed the history of the celts and about the region of ''helvetica'' (aka switzerland as it was called during the roman era).

secondly, i liked your sudden ''intermission'' where you posted your interview with tef1 the traitor.
i found it to be very funny.

keep up the good work, and sing again for us, skald! o7

tef1 cannot be a traitor. He is way to stupid for it. Traitors have grey brain cells. tef1 is missing these.

Thanks man. You want Ice Cream?

Thanks for confirming I am hysterical.

What is with all the hate man? Like come on?