Change We Can Believe In: Dominar for President of the United States

My Fellow Americans and Hynerian subjects, I come to you once more to ask for your vote for President in this critical moment for our country.  We had an astonishing level of success under 6 consecutive months of WTP presidential administrations, beginning with my personal political hero, President Chickensguys. We have been out of power for the past 5 terms, and I think it is time to bring us back in! If you elect me your President, I promise a return to those glory days! Vote Dominar Rygel XVI on Monday, October 5th, and together, we will truly have change we can believe in! 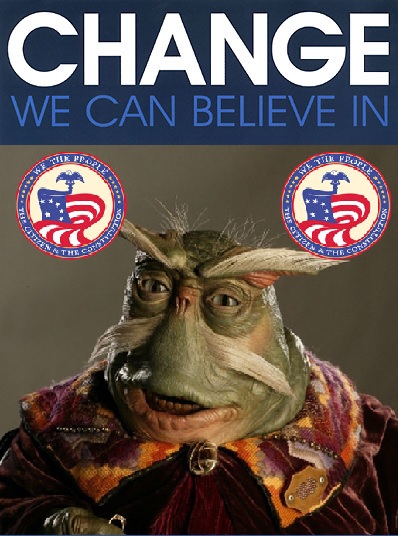 Now some bragging about my own personal achievements, before we move on to my plan to bring hope and change back to our country!
Career Highlights
*Dominar to over 600 billion people.
*5-Term Vice President of the United States
*2-Term Secretary of State
*Secretary of Education
*Deputy Press Secretary
*17-Term Congressman
*Congressional Whip
*9-Term Party President of We The People
*Former SFP Party President
*Executive Officer: Continental Army
*Former Black Sheep Regiment Captain

Now that we got that out of the way, I want to tell you a little bit about what I will do as your Country President.

Resource Wars:
This is an absolutely critical challenge for our country. In 2015 when a certain legend was President, we achieved full bonuses. I have every intention of seeing the same happen during my administration, and I have the full support and endorsement of our longest-serving President who oversaw that great success.  I count many strong players within the US community among my friends, and I will work to make sure we have a strategy both internally, and in coordination with our great allies to make this a realization. I have the "Holy Trinity' in my Defense Department this time around, and with these three as a 1-2-3 punch, we will get the job done.

Truth, Justice, and the eAmerican Way
Many of you know about my crusade against bots and other dirty play since the beginning of the pandemic. These efforts have led to the banning of scores of illegal accounts, and we keep vigilant to this very day. This culminated in the shocking and disturbing revelation in the scandal that is now known as 'Krapgate', which led to the exit, stage left, of our disgraced current President. I will always tell you the truth, and no one is above the law in our country. If you want an honest Commander-in-Chief, then I hope I can count on your support!

Taxes
I support maintaining 1% taxes across-the-board. It's been good for our country, and don't see a need for any major overhaul on that front.

National Referendums
Certain issues of importance are often decided by a few people in smoke-filled rooms. I intend to declare that matters of major importance to the country will be put to a national referendum vote, where YOU the people of the eUSA will decide the future of our country by majority vote. Populism is a good thing for keeping the community engaged, and I will encourage it!

Why do we need a new President?
I am all for bringing in new players, and empowering them. We need all the fresh blood we can get. This is going to be a very competitive election, but a lot of our citizens still feel that we are not doing everything we can possibly do, and I have heard the frustration from many of you. We need to shake things up, and a President Dominar will do just that!

More Fun
Some parties make an attempt with game nights and whatnot, but we need more fun in general! I think "national game nights" would be great to have. We should also incorporate some sort of national giveaways into our press releases to get people more engaged. Let's have fun be for the entire country. If we get more people interested and involved, we can definitely cut down on attrition rates. Every person we can motivate to stay helps our community! I am also very excited to announce that should I win, eNPR will stay on in a revamped format known as....*drum roll please*eNPR: The Chicken & The OwlTwo of the titans of American Presidential history, Chickensguys and Wild Owl have agreed to host a weekly version of eNPR, where they will dispel the fake news of the week for you! 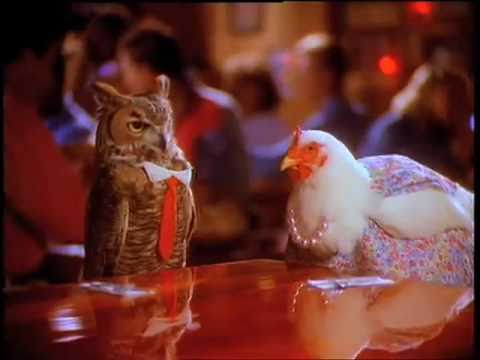 And as always, remember, I am not a God, but I AM your sovereign! o/ So Vote Dominar on Monday, October 5th!

Change you name to Duke Silver for my vote

nahh, I can’t support people with restraining orders, but you do you

What about immigration? What are ur policy about it?

Same old retread article, over and over.

Change up your game just a little, maybe.


You have no idea what you are doing.

you're excited to announce that if you win you'll co-opt the branding of the thing derp and I just revived a week ago? bold new ideas

The projectile vomiting, though, and the helium-flatulence? I mean, sure, it's funny. But is it dignified?

Maybe I'm missing something, but that last part sounds like, "We like what you're doing with eNPR. It's ours now." Seems weird

Your show is too controlled, and the recordings are all deleted.

You could still come on it! Just if I was CP the primary hosts would be the chicken and the owl.