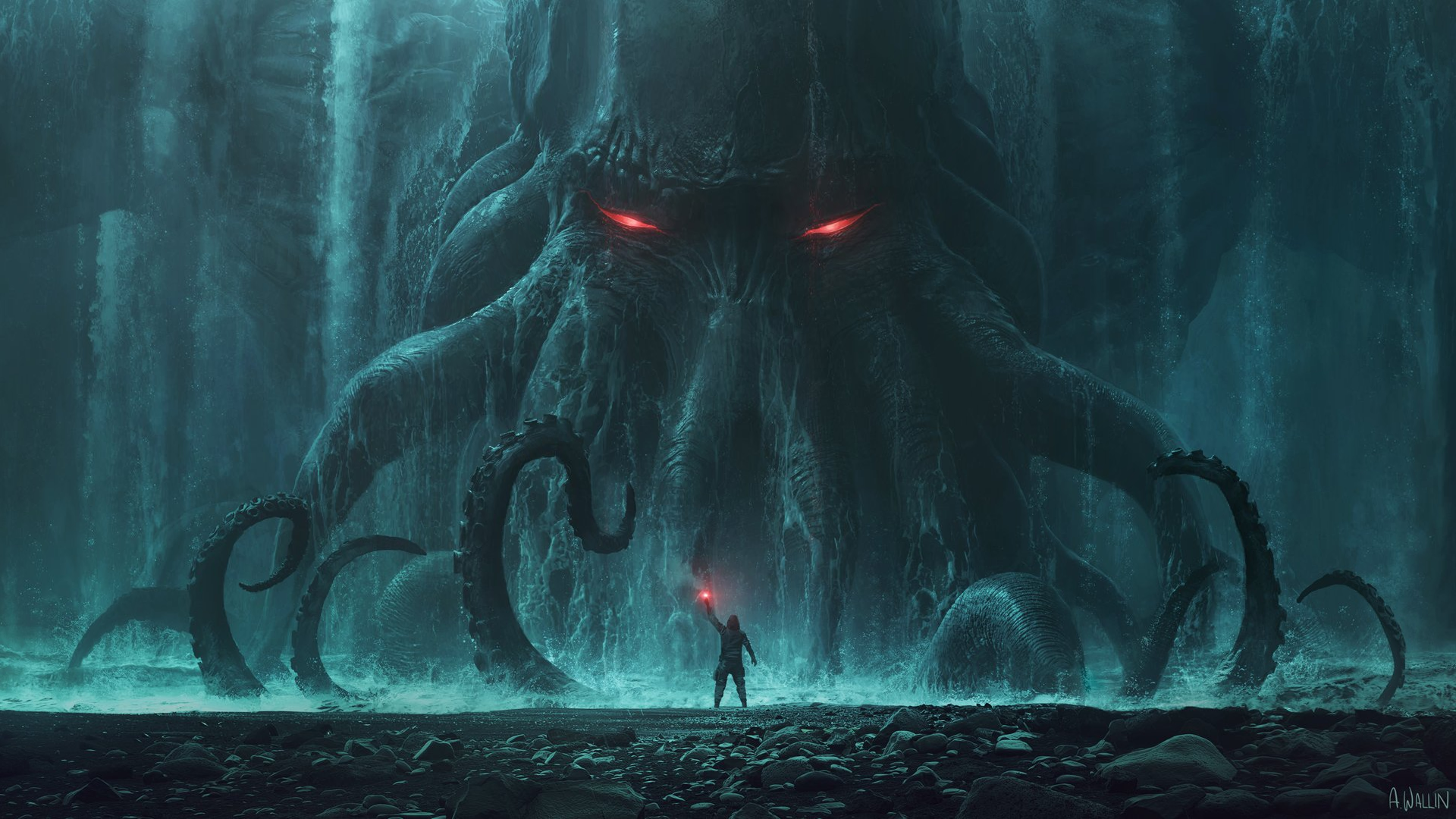 Good evening/morning/afternoon everyone in the eWORLD. I would like to invite you to sit down, grab a cigar, sniffer of your favorite sprit, a robe, slippers, and join me by the fire for a chat. I will take you through a few years of history in erepublik.

The eUSA finds itself at another crossroads. We have been here many times, and I suspect we'll be here again before someone turns the lights off in erepublik. However, if you are going to make an informed decision about where we go right now, I think you could use some history on how we got here.

Once upon a time, the eUSA was aligned with an alliance called EDEN. This alliance was definitely a powerful and succesful collaboration of countries in Europe and beyond with the sole purpose of protecting itself from eSerbia and her allies which became ONE (albiet sometime later in this abridged history lesson). ONE was wildly successful at its supremacy in the eWorld. It was during this time that I cut my teeth in politics in Emerika. I began as a lowly Political Director for SEES. It was in this same timeframe that we saw the erepublik battle module enter V2, or the capping tiles version of the war module. I entered the USTC, was assigned to US ARMY East which became the Cavalry; and subsequently joined the US Rangers. I absolutely loved my experiences throughout this time period. The Rangers really excelled under the guidance of Avruch. I vividly recall the battle for Far Eastern Russia.

I can remember jankems screaming on IRC in the super-sekret channel 'CAP F***ING TILES'. It was exhilarating beyond words. Everyone celebrated like we had literally just won the game. Of course, we hadn't won the game, but it was truly a great victory for the eUSA and her allies. And, it was a turning point in the history of the eWorld. eRussia switched sides after a failed PTO of their government and they became our ally. While their influence wasn't beyond measure, they were truly powerful, and a new wonderful ally of the eUSA. This signalled to the eWorld that PHOENIX power had officially come to an end. A new world was forming, consisting of EDEN, ONE, and TERRA.

ONE came to be the pre-immenent power in the eWorld. They changed the landscape of the game forever. Their might was undeniable. They were able to roll every member of EDEN at will, while TERRA attempted to form a response task-force. The game was fractured for many reasons, but it was clear to Alexander_Auctoritas that something needed to be done. A council was called, and a loose affiliation between EDEN and TERRA became a neccessity, loosely known as ET. While EDEN and TERRA were not officially coordinating, the backbone of the resistance was forming. The eWorld would make its last stand in the eUSA, specifically under the guidance of Bradley Reala; we would stand fast in South Dakota. I recall messaging every single tank I could find to help defend the eUSA from being wiped here. In the end, the eUSA fell for a few minutes; but we made our stand. IIRC, this was the first time the eUSA was wiped in the game.

fib and ONE rejoiced. They had finally accomplished one of the hardest goals in the game, namely wiping a country with 50 regions. I recall fib laughly at how annoying it was, and gratifying at the same time. We made sure their victory was short-lived, however. Under the new cooperation of ET, the eUSA and her allies managed to wipe every single country in ONE subsequently. It was a great victory for the eUSA and her allies. While relationship between EDEN and TERRA devolved, the goal set forth had been accomplished. The balance in the game had been roughly restored, and there was a relative period of cooperation which allowed many European countries to exist without the constant threat of wipe by eSerbia and her allies.

Enter CTRL, TWO, Pacifica, and the eWorld was a scary place for a while. Many decisions did not make sense and countries that were allies turned on each other. TWO dominated the landscape but the eUSA managed to emerge after enduring another wipe by TWO. For a better perspective, I would like to invite the community to help us fill in some of the gaps in the time-line that has led us to where we are today.

Oblige and a Wild Owl were two of the saviors of the eUSA during this time, but one of them has been cast in a shadow lately. I would like to peal back the curtain, and ask anyone who was involved at that time to help us understand how we have gotten to where we are. The eUSA had a train run over it by CODE, joined CODE, and then had a train run on it by ASTERIA. Tyler Bubblar has managed to negotiate an NAP which allows the eUSA to survive and perhaps even thrive. But, has the time come for the eUSA to not only leave CODE but to switch sides once and for all.

I would like to invite everyone to recollect the events that led to the invasion of the eUSA by members of CODE. Some would say that Wild Owl and Pfeiffer antagonized countries to the point of us getting our A** handed to us by them. Why did we poke them with a stick so hard? What purpose could this have served?

If the eUSA was forced to join CODE, were we ever really a true member of the alliance? The appearance right now is that the alliance is dead, and has no real leadership or purpose. Was the eUSA foolish to join in the first place? Should we have fought to the last breath instead of joining? Now that CODE seems to be disfunctional, many think it is time to switch sides once and for all (myself included). Would this cement our place in the eWorld? Was this the plan from the beginning?

If the eUSA were able to switch sides in the Balkans permanently, would our future be secure? Because let's face it, this game lives and dies on the whims of the Balkans. I tried to escape this inevitabilty with CTRL and it was a glorious failure. Is it time to accept the reality and be done with it?

In conclusion, I would like to thank everyone for their time and attention in this history lesson. Can the eUSA successfully navigate itself through the dynamic of the Balkans and come out on the other side? Can we consider the eUSA safe, and become an asset of the pro-Serbian bloc in the game?

If you ask yourself this question, and you think that we will be served by changing our foreign policy once and for all; I ask you to join me in making this the new cornerstone of our foreign relations. The eUSA would be better served long-term answering this question. Either we are eSerbia's b**** or we are not. If we are not, then f*** this NAP; give them h*** from now until the end of time. Better to fight on our feet forever, than to live on our knees. However, if we can make this change, live on our knees in the short-term, stand up, and be counted as a worthy ally; then by God, let's get it done once and for all. Enough of this flip-flop bulls*** mentality. Let's do this once and for all. 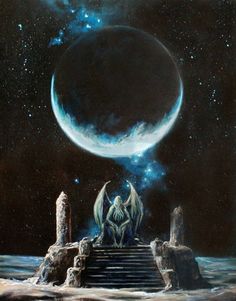 My name is CTHULHU and I want to be your next Country President.

Join me on DISCORD

do you really believe every single cop is a bastard? that is so short sighted one could easily believe you would think that way

It means that the system is bastardized and needs to be fixed. It’s pretty clear from your reaction that you have not done enough research into the matter, otherwise you would know what the saying actually refers to georgie boy

You soon will sing

What a bunch of nonsense..xD

I like that we have more, and new candidates. Refreshing!

wants to make a decision based on history asks others what that history was. atleast hitler knew and lived the history which he made his grave errors on.

here we have the second us politician wanting to make decisions on history he does not know. beside google being your friend you should also consider that NO Eden was not the only alliance invading and taking your regions Asteria was as well and in the end those that you now dish saved the USA.