as George strolled around the grill he had fashioned from a North Korea Spy satellite's solar energy relay, braising the peculiarly small boned pork ribs, chickensguys explained how once the embryos matured enough to be weened they where placed in a empty residence container with the gravity enabler disabled, without gravity the bones deteriorate and the heart rate slows down making the slaughtering easier to clean and hide. The purpose hogs, a garbled pronunciation of porpoise that stuck, actually thrive briefly, developing muscles allowing it to swim around in it's container pen after floating MREs with quite a porpoise.

A knock at the hatch interrupted the dissertation on space hog husbandry, someone who hasn't given permission to use there name exited scene left with chickensguys, leaving George to finish grilling and other sundry tasks as he awaited those that would share in the fresh feast. The full Earth was about to rotate into view, the hurricanes that have become more commonplace should be active and soothing, the spinning clouds on an orb, of course those moved from beneath them are obviously relieved. 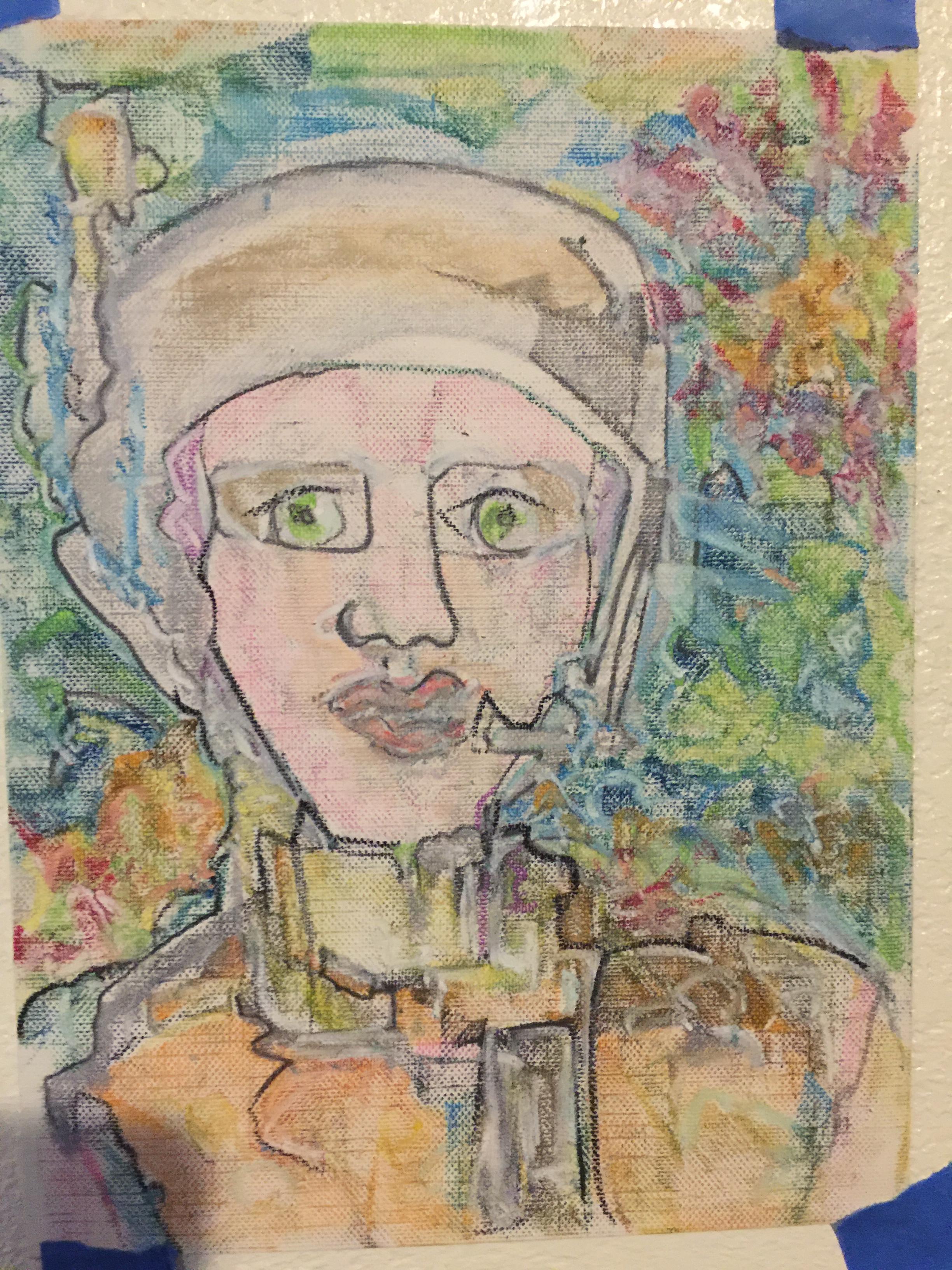 graphite and pastels on canvas paper, wrote the paragraphs yesterday and instead of finishing whatever I started did crafts instead today.

I am really enjoying this series.

Cool paragraphs and excellent graphite and pastels work on your piece.

Have always been a fan of your artwork.

That is a wonderful work of art

@the Trite On Movement - I have a proposition for you..
If you would like, we can agree that you come to Discord voice call during one of my streams, and read your stories...

Let me know 😉
I like what you do, and for sure you have more in that ePen of yours..
😉

interesting idea, was thinking on visiting your stream today

No better day than TODAY 😉
Hope to see you 😉