Well another term is almost over, in a few hours, you will all be going to the polls to cast your vote on who you want to lead eIreland into the next term and which direction you want to see eIreland travel. Two candidates have released CP Policy articles and One candidate hasn't. You can read Trito's article here, RustyD's article here and the last candidate is Cat Sith.

While all 3 people running for the Irish CP-ship are experienced players, I strongly suggest you read the two policy papers (maybe ask Cat what her plans are) and make an informed decision, as from my reading of the papers some policies are slightly different between the two.

The Dáil Éireann has been kept up to date with the going's on with in eIreland. Recently they voted on an Argentinian MPP which was passed. We do have a chance for another MPP, but I will not propose it, as it is so close to a possible change of guard.

They have also been kept abreast of the on going event and also the Romanian situation that has come up more recently (more below). I would like to thank all the members for working well with me during this term and supporting me when I have raised items to them. I hope to work with you all again next term, but that will be up to the voters.

Our two TW's are currently been put on hold due to Dublin being under attack. While there are plans/options for eIreland to have new training wars in a few days time, this will be up to the in-coming CP to decide on what to do. I have spoken to congress about the options available and the ways to make it happen and I know if re-elected, I will make at least 1 TW available to our citizens to fight in.

Indonesia TW has been put on hold. This situation could change depending on their internal politics and the out come of battles in our cores. I would like to take the time to thank Indonesia for the long lasting TW, they showed strength and honour during the ups and downs of it, plus they showed great strength and back bone when they stood up to a regional bully.

UK TW has been put on hold. As with Indonesia, this situation has room to change in the near future as well. Whilst our TW with the UK was short lived, we also would like to thank our old foe for the friendship shown in it. Sometimes they walked a tight rope of diplomacy, they also had to sometimes pull back on the leash of their fighters, but they stood by their code of honour as well and made for an enjoyable TW. 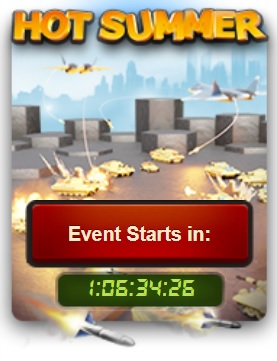 The event has kicked off and well.... everyone has their own opinions on it. For some players, it is a great thing, for others not so great. I personally don't like the event (I would say more, but I dont want the CP paper to be banned), but I am but 1 player in among many. Many countries have successfully used the event to regain cores from hostile forces, for example we see France back on the map and we see some other nations slowly making gain against occupiers.

The event is scheduled for 2 months, so love it or hate it, it is here to stay and we as a nation and a group of players will need to learn to put up with it. If you want to know more about the event, I was allowed to reproduce an article from the British media in regards to it, and you can read it here.


Romania is currently attacking our region of Dublin. This is a result of them being slightly ticked off about the RW in Shannon... and also because they have threaten to wipe us all term. This might seem scary at the begining, but as I have explained to Congress, it is a 'meh' moment, personally I would only rate it maybe a 3 on a scale of 1 to 10 of worry.

At the start of the event, an idea was floated to me about trying to RW Shannon to take advantage of the confusion the even that brought. This was a 50/50 idea, granted we could never beat Romania one on one due to the polarity in strength difference, but their was a slim chance we might be able to be successful in an RW. In my opinion, the chance of regaining our core which was being held against our will, was the right thing to do. Worse case, we loose and Romania made good on their claim of wiping us (which was what they have been threatening since the start anyway). Well the RW was successful, and Romania is now attacking Dublin.

Does this mean a wipe for Ireland, on paper yes, but reality no. The reality of the situation is Romania will end up with two regions in eIreland like they had at the start of term (before we got Louth back) and nothing else changes... well for Ireland at least. Romania has lost regions elsewhere (maybe that is why they attacked Ireland, since they can only win against much weaker opponents).

With the next steps moving forward, I have explained an option to congress that still enables us Irish to enjoy the finer things in life, hence why I am not too fazed by this little 'Dublin event'. However for the Irish that this effects, I put my hand up and claim responsibility, while the original idea wasn't mind, I did support it and as your CP no matter what the buck stops with me.

How eIreland moves forward with this current situation is up to you the voter. As I know from Trito's policy paper he wants to try and negotiate, and my paper takes a different out look on this (after I have seen their form of 'negotiation'). All in all, as congress has been told, Ireland is still in a pretty sweet spot and we do have our heads above water, relaxing with a nice beer.

Thank you all for this past term and I can only hope you let me lead you into the new term. I wish I could explain more about while this little 'Dublin event' doesnt bother me, but this is a public paper, but congress has been told. As always, if you have any questions, please feel free to ask them, either here in the comments section, or via PM. 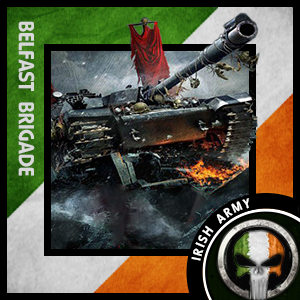