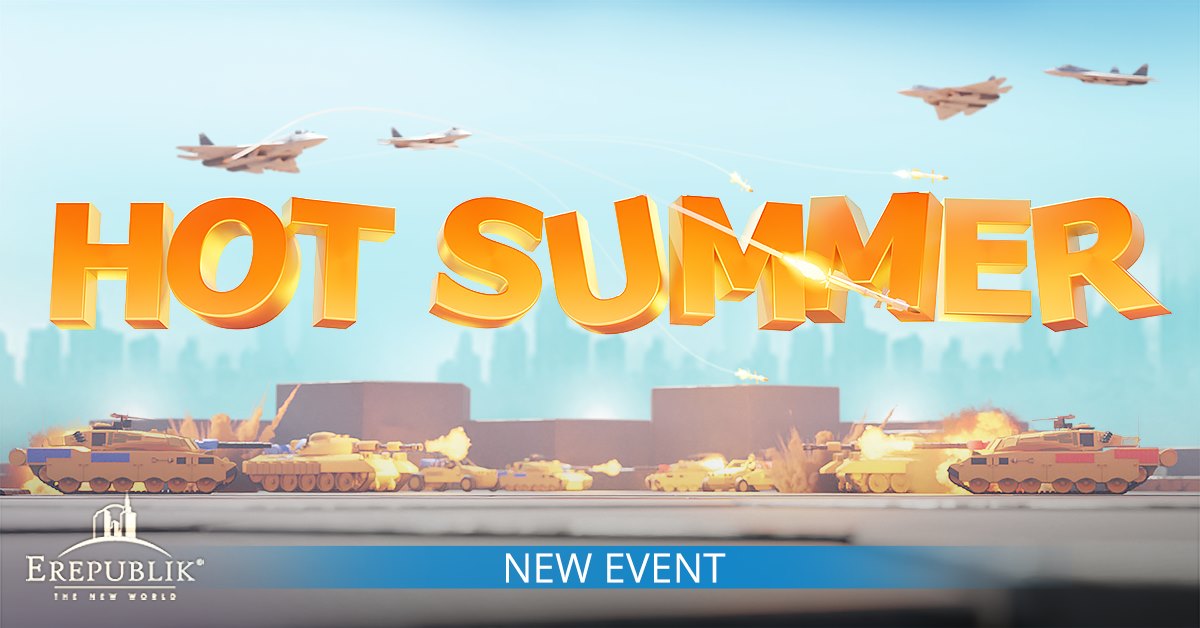 "Every citizen should be a soldier. This was the case with the Greeks and Romans, and must be that of every free state."
-Thomas Jefferson


During July and August jet fighters and armored vehicles, veterans and reservists are called to arms to fight together, side by side for the glory of their countries and personal gains. Coordination will be the keyword as when and where you spend your energy will make or break a battle or even the war.


During the event each round of a campaign will be disputed in both air and ground divisions simultaneously. Each division will consist of 3 distinct battlezones and in order to win the division points a country needs to win 2 out the 3 battlezones.

The event will start on day 4,609 [00:00] and will last for two months. You can check the event timer available on the home page.

For campaigns started during the event campaign points will be awarded to the round winner as based on the division:

During the event the most contested battlezone (the one currently has the largest amount of damage dealt) will become epic. Once a battlezone becomes epic, the other 2 battlezones of the division will also become epic.
Air Rules

Air rounds will be disputed between 3 sectors (A, B and C) each sector corresponding to a distinct battle zone with their own sky heroes hence allowing more pilots to turn the tide of the battle for glory or profit.


Dealing the greatest amount of damage for a side in a sector will be rewarded with a Sky Hero Medal and 8 gold.


Citizens can choose at any time the Sector they are fighting in using the Sector Switcher or via the campaign map, the same way you can Switch Divisions in Ground Battles. Ground Rules

Ground divisions rounds will be disputed over 3 different battlezones. For each round 2 terrain specific battle zones and one standard battle zone will be opened.

Ground Battles will be fought on 14 different terrain types based on the choice of the attacker’s military leaders (Country Presidents, Dictators, Ministers of Defense and Ministers of Foreign Affairs). Players can distribute their current strength over the 14 different terrain skills. During the event the terrain specific skill of the fighter will be used to compute the hit damage in a ground battle replacing the strength in the formula.


Military rank points obtained while fighting in terrain specific battlezones are calculated based on the total strength of the player.

In order to reset the skills you will need to use a special Skill Reset Token.


Each citizen will receive a number of complementary Skill Reset Tokens and a limited number of tokens will be available for purchase through the battlefield shop. A token will reset all the assigned skills and the total strength of the player will be available to assign once more.

Editors Note - I hope this is helpful

I hope Japan can organize properly to make the event meaningful

a very boring and very Costling event. now with the moving fees it will be a disaster hot event