Good morning America. Even June has finished, and I want to publish the article about the USA population in game. The first graphic represents the active citizens checked every day of the month: 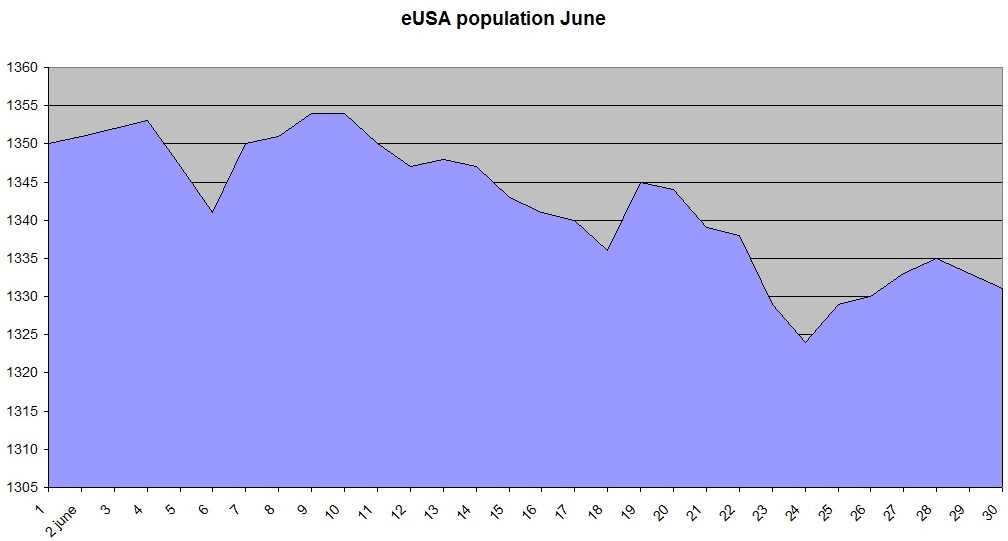 The trend is really similar to May, a bit negative, but the losses are not big.

Next graphic compares the average population of the last ten months: 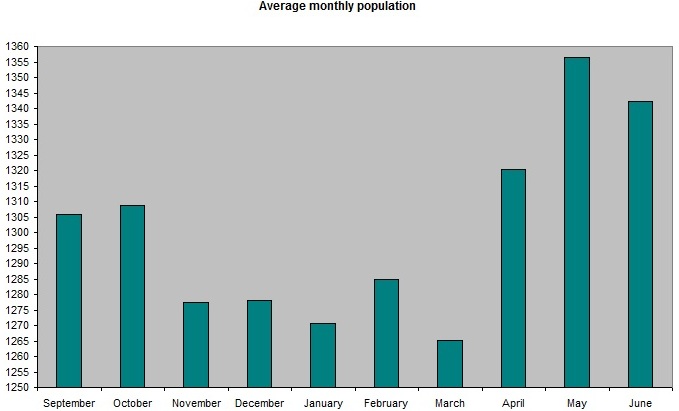 This month has an high average population: it counts 14 people less than May, but 22 more than April and a lot more than all the previous months.

Here you can see the percentage of Americans in the world :

Even if eUSA citizens decreased, the graphic shows that the worldwide population of eRepublik is decreased faster than eUSA population. In June the United States counts more than 2.9 % of the e-world citizens.

This graphic represents the population trend in eUSA in the last 10 months:

And at last this is the graphic about the votes in Presidential and Congress elections of eUSA, compared to total active citizens. 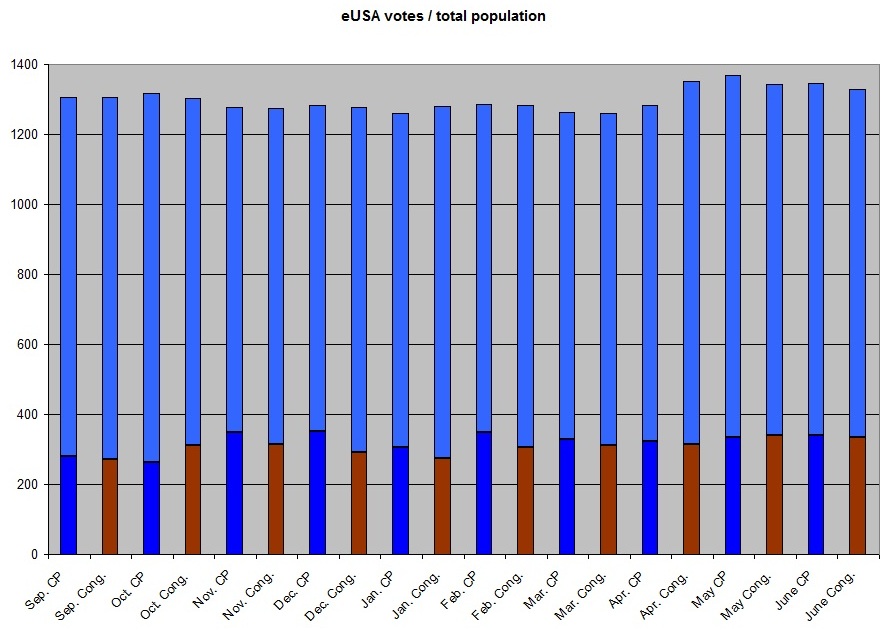 In the previous month I noticed there was a mistake in the graphic, but it’s fixed here. Votes for presidents are in dark blue, votes for congress are in orange, and the rest of light blue bar represents the quantity of “active” citizens that did not voted.
In June, 341 people of 1347 voted for the Country President, and 333 of 1329 voted in Congress elections. It means the 25 % of eUSA citizens casted a vote in both the elections.

Thanks all who read, endorse, vote, subscribe and comment my boring articles.
And be ready for the next event! 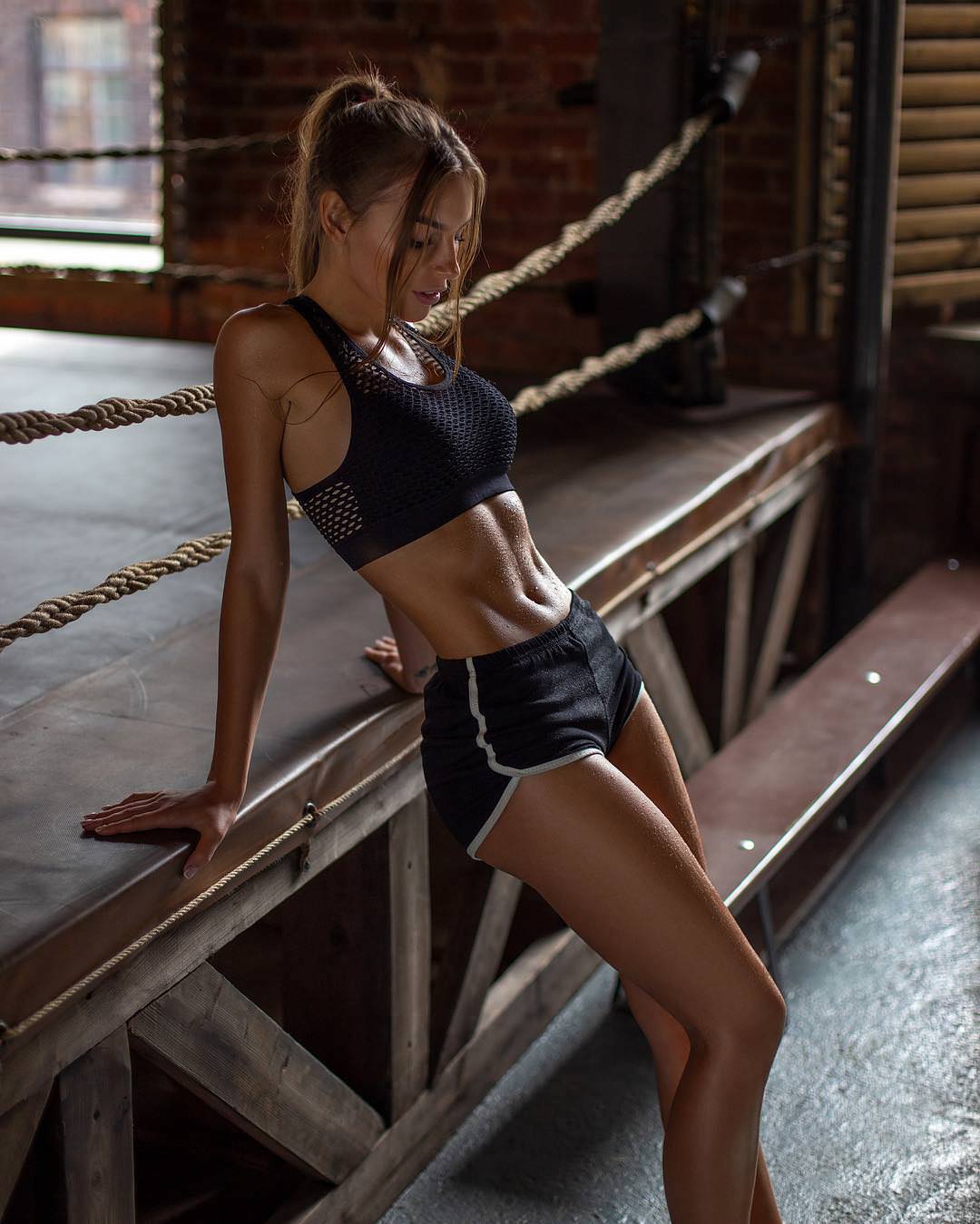 I always enjoy seeing these!

So 75% of our population is the silent majority. Not sure they realize they do not have to be in a party in order to vote in both the National Elections...

We discussed a lot about these weird numbers.
After all, must of us think the count of "active citizens" of the game is simply bugged, and it probably counts also a lot of inactive citizens not marked with the "dead citizen" status, for some strange reason.
So, probably, the number of electors is not really so far from the real active citizens.

But I'm sure of nothing here.

nice charts. good work. i also follow the down toll of players in the game