Hello America! It's been awhile since my last Presidential campaign. I intended to run last month, but it looks like you had to wait until June for me. We had an astonishing level of success under 6 consecutive months of WTP presidential administrations, beginning with my personal political hero, President Chickensguys. If you elect me your President, I promise a return to those glory days! Vote Dominar Rygel XVI on Friday, June 5th and together, we the people of the eUSA will have a more perfect union!

Now that we got that out of the way, I want to tell you a little bit about what I will do as your Country President.

My Team
Anyone with skills to offer in service of our country will be welcome in my cabinet and administration. More of my cabinet will be revealed in my next article, but for now I am naming Chickensguys as Senior Adviser, and StriderR 83 as my Secretary of State.

Reclaiming America
While it is certainly a good thing we were not wiped. This is a country of 50 states. I am going to sit down with the Asterian leadership, and we are going to find a way to get our country back. If you want any hope of the US getting a better deal, and to be more than just one giant resource farm, then I ask for the chance to negotiate our way to a better deal for the US. It is true that the war effort against such massive odds would have led to a wipe, but I am going to take a different approach. I accept the current agreement, but I feel strongly that we can do better.

Taxes
I support maintaining 1% taxes across-the-board. It's been good for our country, and don't see a need for any major overhaul on that front.

National Referendums
Certain issues of importance are often decided by a few people in smoke-filled rooms. I intend to declare that matters of major importance to the country will be put to a national referendum vote, where YOU the people of the eUSA will decide the future of our country by majority vote. Populism is a good thing for keeping the community engaged, and I will encourage it!

More Fun
Some parties make an attempt with game nights and whatnot, but we need more fun in general! I will therefore make an effort to bring back eNPR, which has been gone for far too long, and I think "national game nights" would be great to have. We should also incorporate some sort of national giveaways in to our press releases to get people more engaged. Let's have fun be for the entire country. If we get more people interested and involved, we can definitely cut down on attrition rates. Every person we can motivate to stay helps our community! 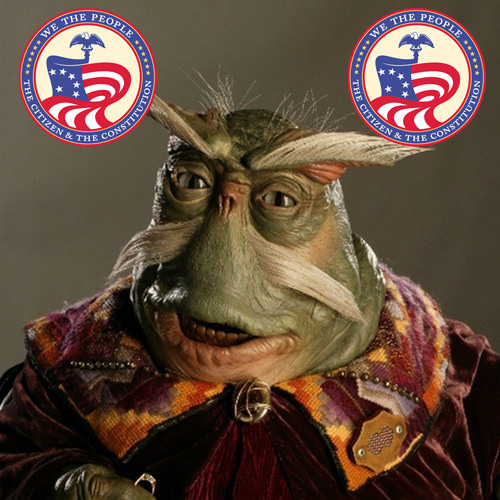 Big pass. you are a threat to the entire community.

We’ve already outmaneuvered you. There’s no way you are going to be able to renegotiate a better deal

I cannot stress this enough, trying to renegotiate with Asteria will bring more harm than good

All ego and id.

Dammit, I came here to say this

me too.. say it anyway and laugh with ryan

I hope you are stuck in pants.

that is quite a statement coming from you

The most powerful statement I have seen in this game.

Variety is the spice of life. You are very spicy.

I am here to root for anyone who makes a good case for him or herself.

Right now my vote is with Bubblar based solely on what I have seen since I got here.

I hope that all the bad things in life happen to you, and nobody but you.

Lets not forget the recent issue of your blacklist Dominar, you were inciting other congressmen to violate immigration standards that the eUSA has long upheld.

That stance made you a PTO threat to the nation, running for CP directly following these events paints you in a very poor light.


If you want my advice you should quit digging the hole deeper, redeem yourself by playing nice with the rest of your party and the country as a whole, you may yet be forgiven in the fullness of time.

I love the people laughing and complaining saying that we should be happy with what we got. A bigger bunch of losers I have not seen. Excellent platform if you ask me.

LOL, it’s a bunch of aimless, meaningless word salad, but okay then

As a historical note, I'd like to add that during the CG/Dominar assault on the SFP, during which they tried to completely disrupt/change the nature of one of the oldest, most well-established micro-communities in eUSA ,that half the membership quit and a Provisional Revolutionary Committee had to be formed in order to take the Party back from the interloping e-Trumpists and their Servo-Hynerian henchmen. I continue to admire Dominar's commitment to character, by the way, and am pretty much opposed to permanent blacklists of any kind on principle (with very rare exceptions), but would be remiss in my own duties as an advocate for the e-proletarian point of view if I didn't share this note.

I will not allow this to happen.

I'd rather pay and fight for a Dictatorship than having you as president, mister formerly permabanned multi user.

"Certain issues of importance are often decided by a few people in smoke-filled rooms. "
Me: *rolls eyes*
This is why we have an elected Congress, checks and balances baby.

What did you actually do as MoFA?

Or for that matter as VP?

Cause word on the street is you did nothing.

Constantly kissing a chicken's rear does not add up to very much.

Elections are about choices. You're offering the voters one. I wish you the best of luck.

I'm sorry but I, and I feel safe in saying, the whole of the SFP have deemed you not in good standing with the nation, and believe that you should not be allowed to participate in our democratic election.