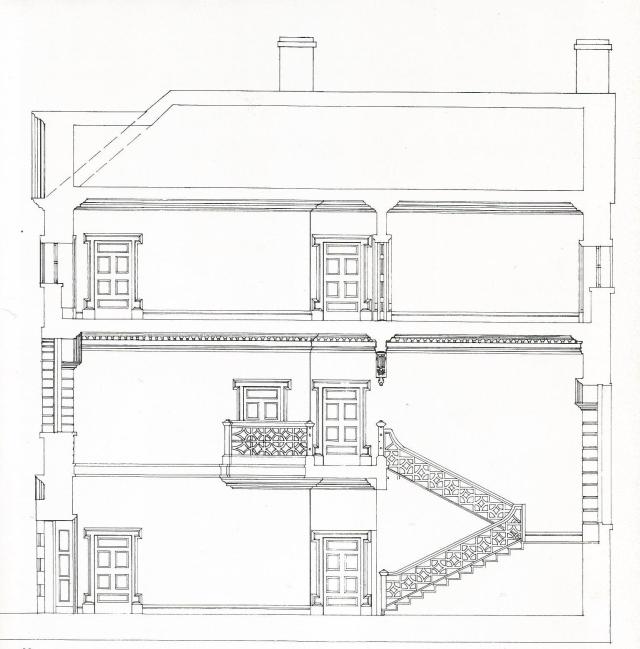 The briefing before we set out was short. I managed to convince them that I knew a way into Skibbereen where there were few enemy soldiers, not too difficult as the Head of Rasa’s Intelligence. I didn’t need to argue, I just explained we’d arrive from a direction the enemy didn’t expect. Doppler had given me direct instructions, of course in his usual creepy manner. He layed out where he wanted me to take them to. Some old Tavern I’d heard that Zilch Unit had manned before. I complied regardless but I was worried, Mick and Jackie had both been there before as prisoners of Zilch.

I led half the Dublin Brigade forces on the back roads to the valley. As we neared the Inn I felt a hand on my shoulder. I turned to see Mick glaring at me. He gestured with a questioning look, at the building we could see through the trees. As I started to move forward, he didn’t come with me and I turned to see he had stopped the Brigade in cover. “What’s the problem Mick? It’s safe... I would know right?” I said with a raised eyebrow. He made some gesture I didn’t understand, and looked frustrated when I didn’t respond to it. “Not a good place…” he started, his eyes swivelling through the trees scanning everywhere. There was no movement and we could hear nothing, total silence. “I don’t understand Silent Fox, I have checked all this out. We’re just passing by according to plan. Staying off the main trail.” I stated, a shiver of fear running through me. He looked at me and then out at the building beyond, then behind him at his troops. I waited patiently, only a short distance and we’d be where Roger wanted us.

I could feel his eyes on me studying me fully as we crouched there waiting. Finally he stood up with a sigh and motioned the troops forward. I gestured a signal with my hand which I knew the waiting ambushers would see. As we reached the building all hell broke loose and I dived out of the line of fire. From vantage points in the building Zilch troops were picking out targets at will, while more troops moved in to surround us. Mick tried to move his troops back into cover but more units were coming up behind them.

I knew something was up the moment I saw that building. Nothing good had come of our last visit and now we had been brought into a trap. As I moved back to cover to assess the situation, I saw Raven disappear to my left, that traitorous little bi… We were on our own, the rest of our forces had gone another way. Hopefully with better luck than we were having, Claire was with them... I could sense the fear and unease of the soldiers around me as I regathered our forces. So many mowed down in the first surprise volley. I felt a movement next to me. It was Jackie placing a wound patch on my side where a round had hit. I hadn’t even felt it as I moved back under cover.

I motioned my troops to follow me and went left where I had seen Raven go. We moved carefully around to the back of the building. I heard the screams of the troops at the back as they were fired upon, but unless we took this building we were all dead. I pushed through the growth at the back, dropped down into the yard and dashed towards the back door. I had remembered the layout of the site during our… They weren’t expecting us to come that way, there was only one guard at the back door, and I snapped his neck before he could make a sound, we entered the building silently afterwards. I had to leave Jackie outside as he balked at the idea of entering this place again. To be fair his last experience here hadn’t been good. I told him to defend the door with the numbers we had left and took half a dozen soldiers inside. We’d surprise on our side again. We overwhelmed the dead eyed troops stationed inside Glenmalure Lodge and my troops took their places. Hearing the gunfire and general pandemonium at the back entrance I had to physically drag Jackie inside. I set up troops at all the windows, before heading upstairs to the attic for a vantage point. I laid out my rifle and ammunition in my old prison. It wasn’t a sniper rifle but it would do in my hands. I had a few of the Brigades best troops with me, and I settled down to sniping any troops I could see. The enemy soon moved out of range.

I had watched Silent Fox and his force leave with Raven. Something about her insistence on going through the Wicklow mountains didn’t set right with me. I gathered a small force of Gallowglass soldiers and followed them at a distance. They were heading in an almost direct line to where Mick and Jackie had been held prisoner. We were away behind them when I heard the sound of gunfire. Leaving the bulk of the troops behind I moved forward with only three of them to check it out.

I soon reached a vantage point overlooking the valley where the Inn lay below. Motioning my men down, I lay flat on my stomach and put binoculars to my eyes to get a decent view. It looked like our people had been led into a trap. I was in time to see Mick leading what was left of his troops to the Inn and managing to take control of it. The enemy Zilch units pulled back once he started firing from the attic at them. I noticed Raven among the retreating enemy. She had purposely led them into a trap. I got on my Comms and quietly ordered the rest of the troops up to my position. We could see where the enemy had settled among the trees and rocks. Seemed the Silent Fox had made them retreat for the day.

After getting our people settled behind the craggy terrain along the sloping forest. Slowly we inched silently closer to the Zilch camp. They stood around lifelessly, only Raven could be heard, hissing in Russian presumably on her Comms for reinforcements. Once we’d them surrounded I gave the order for them to fire down on the enemy. I used the fine sniper rifle I had brought with me to take out the commanders. Raven quickly disappeared into the trees, as her new friends fell around her. Once we had taken out most of the enemy I moved my troops forward sweeping them towards where our people were stationed. Between the two squads we cleaned up pretty quick. We showed no mercy as the enemy didn’t stop trying to kill us even when mortally wounded.

Raven was nowhere to be seen among the dead, so I headed into the trees where I had last seen her go. An icy cold drizzle was falling as I headed through the trees straining my ears to hear anything. She didn’t try too hard to cover her tracks and I stalked carefully through the brush. I found her looking at the back of the building, trying to appear inconspicuous. She jumped as I placed my pistol against her temple. “Don’t move! You are a traitor who led our people into a trap. I should shoot you now!” I growled. She froze staring back at me with those disconcerting almost white eyes of hers. I quickly restrained her hands behind her back with zip ties, before pushing her towards the Inn, where Mick was exiting with the remains of his fallen men.

“I have information! Don’t shoot me!” she cried out. “What possible information could you have to make up for this Raven!” I spat. “Roger has Mick the Silent Fox’s family.” she yelped out. I pulled her around and pushed her hard against a tree. “How did he get a hold of them! Where is he holding them! Are you just biding time!?” I could barely contain my fury. Mick had sent them away from here to be safe why would they have come back? “I sent them a message it was safe to come back.” she whispered and flinched at the anger in my eyes. “Where are they Raven!?” I was barely restraining myself from shooting her there and then. “You have to promise not to…” she began. “I promise nothing! Where is he holding them!” I was screaming into her face, mine no more than an inch from hers. “At the Foxes Covert!” she gasped out. I glared angrily at her, but she didn’t appear to be lying, but then again who could know with a creature like Raven? I pulled her away from the tree and pushed her down towards the Inn where Mick and the others were waiting.

We where now closer to Cork having taken the backroads which in fairness worked but somehow I was perturbed even though we’d foiled the ambush, I couldn’t quite place it. I had a sense of almighty guilt. Raven had survived after my men’s fire a long time ago. I should have done her the honour of shooting her myself. What difference does it make in the end? I can say, I’m not a philosopher, I’m a soldier by profession. I’d followed many people and now many people followed me. On towards Skibbereen. Mick carted with Jackie. Our war stories were rather sombre for the uninitiated. We made camp a few miles from the town proper, awaiting Claire and Ratels retinue which was far bigger. We’d lost twenty two souls to that ambush leaving us with a force of sixty six, with seven too injured to fight. It still seemed like we were going to win but ara sure, looking at the distant smoke marking Skibbereen town in the far distance, who knows?

Thank you for reading! So this is the first half of the finale of the last season...
Started back in Day 4,083
Thanks to everyone who has followed our tale this far.

If you're an eSwiss Citizen consider joining our Political Party...