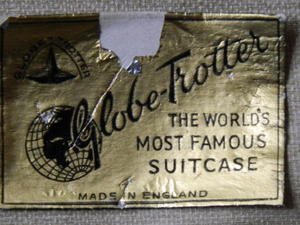 In this project I will "visit" the countries that will grant me citizenship. I will make some friends in these countries. Maybe make a small interview if people are available. Or find some facts about eHistory of the country.

Look to the internet about information about that country. In the end make an article about any interesting facts I can find. Of course you can find that information back in the internet, but it will be more of a motivation for me to know the real countries.

I will deal 100 Mil. damage for the country (that's easiest).

What I will not do during my trip: join a Party or a Military Unit from that country. I don't want to make politics or involve in internal military affairs.

As I cannot edit this article for ever, I've created an external document that will trace my travel (follow the signs): ===
How did I come to this project? Well, read bellow.

In the last half of the year, my activity on eRepublik was quite intense.

I managed to get the Top 100 Medal (Top Fighters Medal - Non Visa/Mastercard version), President Medal and Dictator Medals (don't ask me how I got last ones). I also managed to get to level 201 (Free Train Forever!), another target I've started to chase somewhere not far ago.

Then I said what's next?

I am Titan**, I managed to be Titan almost two years ago (Titan - I did not want to be it - but I could not hold it.) and getting the third star would take a lot of time too, not mentioning the resources. And after that what? Legend is even more far to reach so I am not interesting.

Getting the Liberator medal may be a valid target but for that I would need a lot of money and an opportunity. And I think I miss more the opportunity than the money.

So it came in my mind a project I've though some time ago: Globe Trotter

It all started when I read on a friend profile that he is doing 1 Billion damage for every country that grants him citizenship. I am far away of such damage power (the times I could deal a lot were while chasing Top 100 Medal) so I said I could do the same for 100 Mil. let's say. Then lately I get a friendship request from somebody that did TP fights for more than 30 countries. So what new ideas would my project bring? And that defined the project I was talking about above.

good luck .. for it was a hard trip to get all flags on my profile

Have fun. Come to Israel next.

Good luck to your effort!

have fun in your journey

Are you an employee of eRepublik?

Nope. I am Romanian but not working at eRep Labs.