What's the point in having an alliance nowadays? Why waste your time trying to make group of countries functional, when all that is needed is CO? Why was CO introduced?
In the second half of 2013, TWO had 70% of world dmg. Poland itself had more regions than the whole CoT. Things didn't work for them. CO was introduced to make weaker countries with gold buyers even with big ones. FF medal was also introduced, but still not enough. Still, it did make game more balanced. It gave opportunity to small countries to make problems to big ones.

When TWO was over, new alliances were pretty even: Asteria and Leto vs Sirius and Aurora. On paper, Asteria is a bit stronger. But now, CO is ruining the balance: Cyprus defeating Hungary, Italy winning battles vs both Romania and Slovenia at the same time. Every country can defeat any other just if it has enough CO, no matter how many MPPs or allies it has. 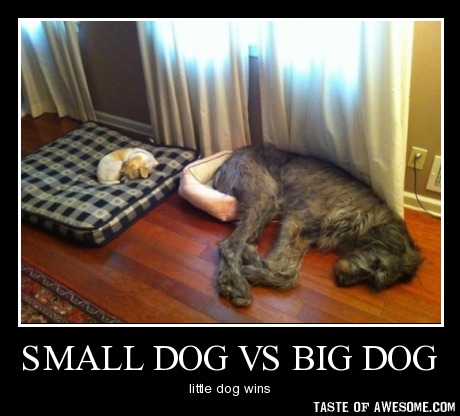 Maybe good thing would be to introduce a new medal: An ally – awarded for fighting for your allies without taking any CO.

In my opinion, CO should be removed from the game, since now the alliances are balanced. But that's not gonna happen. So, we can either adapt to admins' game or leave it.

This game is should be AP medal (allies patriot)

Inflict damage for your alliens countries!

You should learn languages before. Both hungarian and english.

Not a single mention of Argentina crushing Brazil and Spain with COs, nor France taking on Poland, USA and Chile recently with their CO king.

Editorial is about as balanced as the people complaining about COs would like the damage of alliances to be...not very.

I works both way, of course. I was just talking about country sizes.

Obvious you only see 1 side of the coin.

Or Croatia beating both Serbia and Hungary at the same time while defending gold mine with the help of "their CO king"... I'm sure you know him 😛

It's same for all sides

That's what I'm saying... Article was one sided, that is why I added those examples.

I don't think it was necessarily one-sided, it's just examples he gave are probably better because both Argentina and France are stronger than Italy and Cyprus

OK I'm one sided and blind and all Asterians are balanced and moderate.

u alone beat countries/alliances with ur money

The CO money and IRL money in general is ruining the game for everybody. Obliterate must be blind not to see this.

I helped Hungary many times, without any CO. Just because orders on my MU are this way.
And Hungary is not even allied with Romania ! I had to move to other country to help an unofficial ally...
The strategy still works for the old fags.
Unfortunately most of recent players are like the game transformed in the recent ages: more and more individualistic.

you are still a fag

CO did not kill alliances.
Their leadership did it by erroneous steps which triggered their future downfall and isolation.

with no economic module suitable for new players to earn their daily expences without having to spent rl money co is the only way for the majority of them to do it ... actually in nowdays this is the only way and for many old players

CO is the face of problem, not the core problem.

your right, problem is the lack off money...

just face it, u r not team players...

I am not with terrorists...I used to be with the "loyalists" but now I am playing for myself

The game is going to became an anarchy. No one give a **** about wich alliance his country represents, people just want to survive, by any means necessary.

Hey, it's just a game ! There is nothing about surviving here !

CO's were a good update IMHO. It costs a horrendous amount of CC to keep even a small CO open for division 4. If these "allies" are not fighting for you without CO's, they are not allies but selfish c*nts. There are still alliances like Asgard, who fight for allies and friends regardless of money offered.

I agree and i never took CO from Cro/Tr/Ro/Arg :/

I remember the same whining when admins removed limit for wellness-packs and one gold-buyer became able to win any battle.
Damagehoods should be destroyed no matter how the rules change

I've waiting for an article like this for a long time, let's shout it

CO and TP are the worst two things in game.

I also agree that there shouldn't be a monetary motivator against team play in a social game... there are two solution, either taking away features, or extending features (adding new medal to reward team fight) in a way that the freedom of choice is yours and it is not skewed by money, but only your true motivations (should you be a patriot or a team player)

CO's are against any strategy !!

CRYING! END IS NEAR! xD

CO should be removed from the game.