We are happy to see that none of you have withered under the cold air of December. Lately, not only has EDEN thrived (an example of this is the recovering of all the original regions of our fellow EDEN leaves Greece, Croatia, and Belarus) but it has also expanded.
Therefore it is only fair for us to dedicate the following two articles to our greenest leaves and branches, who will without any doubt become part of a majestic tree that has already endured the test of time.

This article is dedicated to our newest leaf, Portugal, a country that has earned their place as a full-time member of the Brotherhood of EDEN, having equal rights with all other members (because unlike certain “alliances”, EDEN does not work as a dictatorship). 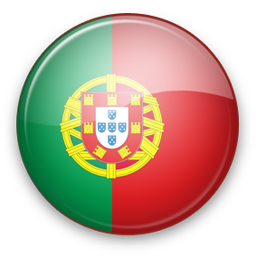 We have watched the Portuguese growing from a small, isolated country into a strong, well organized regional power, not only capable of holding a strong EDEN presence in South America through their colonies of New Cabinda (the new official name for Venezuela) but also capable of holding their ground against our enemies head-on.

For those who are not aware, during the time it spent as a member of a previous alliance, Portugal used to be a second line country, unable to make a difference. Many can remember when they were put aside by their allies who, after joining ONE, proceeded to help in wiping their former friends, through Spain.

With enough EDEN and TERRA help, they became free again. Not long after that, fate pitted them against ONE’s puppet Mexico. This long war made Portugal realize reorganize themselves and change into a new, well organized country. And when you look at the map and their latest wars... when you see their National army, FAP, getting 4th place at the EDEN Arena competition... the results of this change become obvious. To speak about this new Portugal and their entry into EDEN, we have invited the current Portuguese Emperor Lucifel, for an interview that you can read bellow.

We only hope that the friendship and cooperation between our new and older leafs will continue to develop and blossom. We are sure that they will fulfill their responsibilities and continue to prove their worth, now that they are not our allies anymore.
Yes, the Portuguese are no longer our allies. They are our brothers

We are here joined by the Emperor of Portugal, Lucifel, for a brief, but hopefully revealing interview. After this conversation, we will hopefully learn more about the Portuguese commitment to their new brothers, along with plans for the future.

First of all, good evening and congratulations for becoming the newest leaf of the Brotherhood of EDEN. This is your fourth successive term as the leader of ePortugal and so, you were obviously a part of all the diplomatic efforts and decisions. So, the first question I have to ask is.... Why EDEN?

Why EDEN? That’s not a difficult question, although i thought EDEN would start with tougher questions, but I’ll assume this is just getting started.
Anyway answering directly to it, Portugal had always a difficult path into picking its allies, since once picked by us they will have eternal allegiance from us. Before i was President, my country didn’t had the proper respect and attention that a country which makes a commitment to enter a major alliance should have. I say this sincerely since i know TERRA has come a long way from those dark ages and right now, a good Brotherhood has been set between TERRA and EDEN.
So after we left TERRA, we knew that a new way had to be opened for us, and we kept our friends and went in this new challenge with no regrets and a lot of expectations.

In your last answer, you mentioned an important point. The old Portugal, member of Phoenix, was considered to be a rather isolated country, by enemies and allies alike. It stayed for only a short time in TERRA too, I must add. It should also be pointed out that the countries’ population is not considered to be high in comparison to the powerhouses of this game. This being said, in your opinion, what can the Brotherhood expect from this “new” Portugal?

The Brotherhood is to expect the same of what it has seen in the past 3 months as a trial member and much interaction and coordination with EDEN brothers.
Funny you recall the Portugal of the old days, it’s a quite accurate picture of what Portugal had and was, however that Portugal does not live anymore in eRepublik. Proudly we call ourselves a new country with new ambitions, pushing forward every aspect of our society and after a few challenges, Portugal was victorious in all.
Our size of population does not reflect the size of our greatness. In few numbers you’ll verify great fighting spirits, we took ONE by the horns and we did not hesitate! The Brotherhood stood by us, but even when they had other brothers to give their hands we did not back down, we kept pushing forward and believing victory much more than our enemies.
I think EDEN will have good reasons to celebrate our entrance just like our population is enthusiastic about it. The future will give you more details 😛


You speak of challenges that Portugal has overcome against ONE aligned countries. I would like to bring forth the example of the last war between the (at that time) Trial Member Portugal and ONE member Spain. What happened here for your country to be able to hold Spain from conquering any Portuguese regions? Do you consider Portugal to have been underestimated?

First of all i think that Portugal being much stronger imposed to Spain another rhythm of war that they weren’t expecting. This pick to rage war against Portugal started on a false logic, that if Spain were to attack someone between the countries that were within their reach, they would pick Portugal instead of Brazil, Croatia, USA, Canada. I can see that our bonuses and small population where surely an incentive to come to us, but it soon became a big mistake to do it, and even their President recognized this shortly afterwards.
One thing Portugal got clear right from the start during the 24h voting into approving the Natural Enemy was that this would have nothing to do with the war against New Cabinda, and that they would want to “blitzkrieg” us. We were right in the first part, and after the second (blitzkrieg) was avoided, doubts within Spanish public opinion to continue this offensive kept rising. We were prepared, our economy was (is) strong and we were able with all of the Portuguese pushing in one direction supported by the Brotherhood, and even conquering land in Spain (Castilla y Leon).

As you said, the Brotherhood supported Portugal in their invasion of Castilla y Leon, which was an overwhelming victory. This was before ONE finally sent reinforcements to Iberia. Today half of eSpain is still occupied while their economy has been cut off from resources for quite a while, in spite of ONE's larger numbers and strength. In your opinion, what gave the Brotherhood the upper edge over ONE here?

Honestly i can say that i have never seen such coordination and true friendship in all of the members like EDEN. I have never seen for a single day in all of the channels and chat between a lot of countries to be disrespectful or unfair, prioritizing a country just because they are more populated or more “important”. In EDEN i really felt equal to Bulgaria, Greece, Canada, China, etc., all really. We were listened and were helped, and we knew that we would return the favour and help also. I think it’s this kind of soul and ability to give our full support and people to one another than can make even the most powerful tremble in fear by our arrival. There is no bad vibrations, and one of the most precious things I’ve read in the IRC was: “have faith in your brothers”! And even knowing that many can think I’m being silly, they always came and made epicness happen in every battle!

Interesting answer. Well, now that ePortugal is an official member of EDEN, your largest diplomatic goal has been achieved. What will be the next objective of your country?

During the past months Portugal was giving its best to foreign relations and to external matters that had to be taken cared. Right now we see our country with enough stability to continue the good work that has been developed, and at the same time give other priority to our internal affairs, for example the growth of our population that can bring multiple benefits to economy, social and military sector. This is what my presidential term will bet as well as cooperating with EDEN, and the in the next term I will give this hint to pick up from the work done and to take it further so that all of the country can benefit from it.

Well, thank you for your answers and time! But now for one last answer, and I really must ask this. From the experience Portugal had during their trial membership, is there any advice you would like to give to India, Albania and the Netherlands, the three trial members of the Brotherhood?

Indeed Portugal was until today a trial member, but we didn’t feel like it, and so won’t they as well. They will have the information, the concern and the priority equal to everyone else.
India and Albania, Portugal had the opportunity to develop diplomatic relations for a while now, and i see we’ll have a new friend with Netherlands. Portugal will be there for you and so will all of the Brotherhood. I also will give the advice of not holding back from making questions and clearing doubts, High Command is truly a group of honest and great people and they will confirm it right away when they have the pleasure of talking 😛
After all this one final advice: Give EDEN your best and you will receive twice in return. A brother is the one who gives much more than he receives and still is happy about things being like that.

So, we thank the ePortuguese Emperor for this enlightening interview and wish him all the best, both in eRepublik and real life.

ALL HAIL EDEN, The Eternal Alliance!

We would like to see the "Voice of EDEN" translated and published in as many EDEN countries as possible. For translation purposes you can find this article`s coding in here.

lololol so PORTUGAL left Terra and joined EDEN? so in other words they betrayed Terra

In winter the king of them all is the wolf

Thank you for your kind words members of EDEN