During the past few days the SFP Producer Cooperative introduced two new producers into the Cooperative: T.J. SCOTT and RF Williams.

The SFP Producer Cooperative has gone through a holding period on paying out funding requests and receiving deposits.

This is due to Centomax, our former Treasurer being on a super secret military mission and as a result he was unable to fulfill his duties. During this time the Co-op elected LordOther as it's third Treasurer. Tonight this issue is being resolved, the treasury is being transitioned to LordOther's account as I type this, and he is receiving access to our Ledger.


We will be resuming Requests and Deposits within the next couple days. 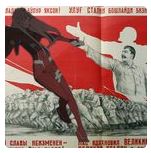 
The SFP Producer Cooperative is still receiving new members. If you wish to join you should contact any of these affiliated producers:


They will vote you in to the Co-op and you will be included in a group message.

By-Laws: https://www.erepublik.com/en/article/-sfpom-proposal-sfp-cooperative-2713965 (If you are unsure how the SFP Producer Cooperative works read this) 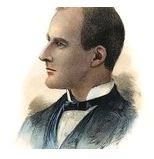