Over the past two days so much has happened that I find myself struggling to remember it all. It seems like forever since my first day as SG- in reality it has been about a week. Since then we have made huge gains all across the alliance, but we have also suffered some losses too. Our brothers in Estonia are sorely pressed by an attack by Latvia, and I want them to know that their safety is first in my mind. The UK too is under attack at its very core, in London itself. My Supreme Commander, and 2nd in command, jamesw is President of the UK. He is handling that front personally and I trust his judgement on the wisest course of action on this front.

On a more positive note, the past few days have been ones of great triumphs for Phoenix. Our armies marched through Spain with great resistance: but we have reached Madrid. My message to Spain is simple: we did not want this war, you brought it to us. But we are not children, should you come to us, we will speak as equals about an end to this conflict. On the Eastern Front France has marched through Poland and has reached Brandenburg and Berlin, the RL capital region of Germany. I want to talk for a moment about the heroic battle for Lower Saxony here, for it was for me the greatest battle of my term thus far. The battle began positively, with France making gains. However, the Polish juggernaut came back in force and we feared for the region. Damage drain attacks opened in London and Vojvodina, and we realised that we would struggle. With Serbia fighting in Vojvodina, the Hungarian army tired after a long campaign, the Brazilians occupied in Spain we had only a small amount of force to draw on. Pulling together, the West European bloc along with those allies not occupied elsewhere pulled together and with a mix of manpower and gold pulled the battle from 5-2 defeat to an 8-5 victory, winning six consecutive mini-battles. I stayed up until 4am CET to help co-ordinate, but after that the battles were handled by two men: Ernesto-Che Guevara of France and Battalgazi of international fame. They stayed up all night- and were there when I came online first thing this morning still fighting, still organising troops, still directing tanks. Their heroic effort, along with that of the men who fought with them, won us battles in Spain and Poland that otherwise would have been lost, and I salute them. I would also like to thank Kibla and Baltazar8 for finding me fresh troops throughout the battle, and Plesen'-1 who fought with over 100g of their own money. Thanks so much guys.

Another great victory in the last two days was the liberation of much of Poland-occupied Russia, including the famous West Siberian Region. With West Europe pushing the advance against Poland and our Americas Battalions pushing into Spain it fell to the East Europe and Russian mobile forces to tackle WSR alone, and they did so with an incredible 8-0 victory over EDEN. At the same time forces led by Hungary pushed alone into Ukraine against heavy resistance- a clear signal to EDEN that Hungary is revitalised, is growing in strength and is not happy.


I would like to take this time to thank those who have made this possible. As you know, Phoenix has payments from countries, but that is not what won these battles. These battles were won by citizens who donated gold and currency: sometimes in small amounts, some large. But every gift was appreciated hugely, and I can say this now: YOU won Lower Saxony. YOU liberated West Siberian region. Your gold was what made the difference.

And all those who donated currency and foo😛 thank you. Your gifts have turned the tide of battle, and shown that brotherhood is always stronger than even the richest citizen. Your gifts made me, and all of us in HQ, proud to lead this alliance. Remember if you want to help with currency, or gold, please send it to the Treasury 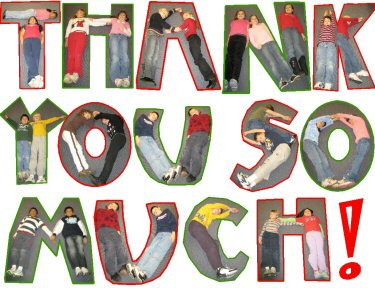 The last two days have been days of glory, but we must always remember not to be complacent in our victories. Allied countries are still hurt badly, still occupied, still under attack. We have made great gains, but there is as much work still to do as has been done already before our countries are free and at peace. Now is the time for people to dig deep: both citizens and countries. We have the advantage now, but it lasts only as long as we can keep up momentum. Keeping the battles moving now is not only important for our occupied members, in the long run it is far cheaper than a lengthy and unwinnable war.

Friends, we must once more enter the arena. We have beaten EDEN down, weakened them, divided them. It is clear how divided they are: when Spain is under occupation the USA and Canada still waste gold and men in the UK; Croatia wastes gold and men in Vojvodina; Poland wastes gold and men trying to hold onto German regions which have no value whilst sacrificing their regions in Russia. They are weak and divided, and we must strike now to deal the final blow. Be aware: EDEN is weakened but they are great fighters- well organised, well funded and strong. Just because they are the enemy doesn’t mean we should underestimate them. But no matter how strong they are, our brotherhood has proven to be stronger. This day, the Phoenix has risen. PS. If you translate this to your native language, please send the article to my citizen account above and I will link it in this article.

Got some blue pills eh?

But no matter how strong they are, our brotherhood has proven to be stronger. This day, the Phoenix has risen.

The Phoenix arises from its ashes \o/

omg! are these gold legal?

Hail, fail, fail hail... So many interesting and colorful comments...

lol. Weren't you the ones screaming about money giving EDEN states the advantage? Now you call yourselves better funded. Kinda hypocritical, even for a clear propoganda newspaper.

Yes, I bet the multi donations proved vital in your campaign 🙂