Welcome to this week’s edition of New Player Friday! Each week the Ministry of Education will be posting an article filled with useful information and fun for the whole country.

For those that don’t know, every Friday anyone that has signed up to the eUK receives a message welcoming them and giving them a few missions to complete in order to earn some cash. This has been working really well so far and has definitely upped our retention rates.

This will be continuing, with the addition of these articles to help welcome new players into the eUK community at large. One of their missions will be to comment on this article, and I’d like everyone to get involved in welcoming them and getting to know them as and when they do.

We’ll also be posting links to guides and any programs to help new players, like the NHS. If you have a program you’d like us to include then comment below or send us a PM. We’d be delighted to bring attention to any scheme that helps our newer players!

Some of us have been around for a lot longer than these new players, and we’d like to give a couple of incentives to older players to read and participate in these articles too. So with each article there may be games, competitions, challenges and rewards available too. The bigger the buzz and welcome we can create around these articles the better!

Finally, in each article we’ll also be publishing extracts from the UK Tutorial that has been especially developed for our new players here in June 2018. Take a look at it and feel free to suggest any improvements or tweaks you think it might need to enhance our new players’ experience. You may even learn a thing or two!

Thanks for reading. A vote, comment and shout would be greatly appreciated so that all our newer players can see the useful information within.

An😨
Your friendly neighbourhood MoE team. Now, many have asked for more details on what exactly we do with NPF.

NPF, or New Player Fridays, is a charitable program intended to provide young eUK players with the support they need through their first months playing the game. It is intended to pick players up within their first week of playing eRepublik, and then guide them to a position of self-sufficiency. It’s main goals, alongside the eUK tutorial and the Royal Air Force, is to educate, inform and entertain players, thus helping retain them. Of the 100 or so accounts a month who join the eUK, around 10 are currently retained for 2 months or more. Previously the number was around 2-3, (and in the long term, only half a dozen players survive today from the entire of 2017).

New Player Fridays involves a weekly article which highlights key information and contacts for new players, and brings the program to the attention of anyone who might not already be signed up. It also gives links to the eUK tutorial and frequently features excerpts and competitions (such as a world cup sweepstake, caption competitions, etc.)

Alongside this, every player on the program receives a series of tasks with financial rewards attached to them. The purpose of these tasks is to encourage players to explore all aspects of the game and learn the functionality. Some examples of tasks would be:

Depending on the work involved, the tasks reward from 100cc to 2500cc. An active player who completes all their tasks should be able to match their ingame wage with NPF rewards. This allows them to develop their character faster, and ensures that the most active and involved players get the rewards.


How is it funded

Originally NPF was created by former Country President jamesw. It is now a private charity managed by Spite313, who has delegated responsibility for running the program to the Ministery of Education, led by Talon Karrde, whilst he is CP. NPF is privately funded by generous donors. Over the past 3 months the program has been active, an estimated 1.5 million currency has been spent on developing players in various ways (missions as above, buying houses, helping with new companies, provided training ground upgrades etc).


Request for support from the Plato Foundation

In order to ensure the continuity of the project, and ease the reliance on individual donors, we have requested the Plato Foundation consider funding our work. This would mean we would keep books of what money was spent and how it was spent for their review. Funding by the Plato Foundation would ensure that NPF continue even if certain key players left the game or ceased funding, and ensure long term retention for our players.

It would also allow us to expand the program and advertise more aggressively. Currently we have 50-60 players on the NPF roster at any one time; however we could easily expand that by catching players earlier. However this is expensive and we prioritise our funding for players who are already committed (past the first week or two) as this is the sweet spot where people are enjoying the game and looking for a reason to stay. Expanding the program to benefit younger players more quickly would increase our retention, and expanding it to older players (up to Wing Commander rank for example) would bring it in line with RAF policies.

This is a really exciting prospect for new UK players into the future.

Thank you for reading, and now on with our regular programming…

Weekly Tutorial Extract: Day 2! Just click the previous link to see this in all its glory on the wiki.

This week our competition is for the best caption! Just comment your effort below and we'll pick a winner, who will get 1000 GBP for their trouble! 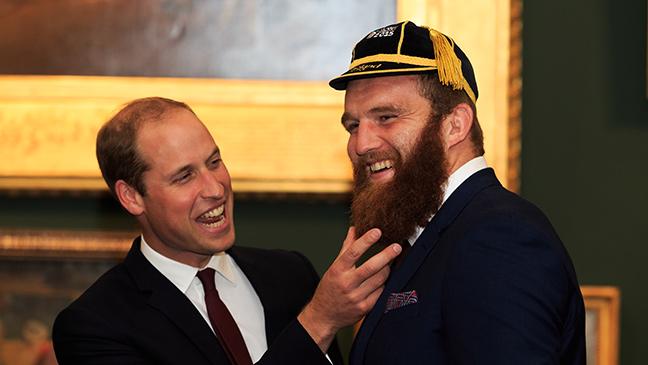 All prizes will be distributed on Sunday evening. Good luck punters!

An exciting time for the future of NPF and our new players.

Thank you for the hard work so far this month, Talon. 🙂

This reminds me of Virgin Media, new customers get all the best deals, while those of us that have been loyal customers get shafted...

Can you please use the updated BHS link as Maddy just re-distributed it.

I'll do when I get in. Thanks!

43 UK accounts born in 2018 that are still active/undeleted, 19 of which can generously be described as still active.

If you expand it (as you want) to the 80th newest UK player then congrats to Pannonian Nomad - You now Qualify with your April 2014 account!